Inside the Trolley Park II

Tokyo Disney Sea's American Waterfront port of call is by far the most expansive and multi-faceted themed land I've ever visited.  Besides being very large, it has multiple distinct neighborhoods and arguably even sub-neighborhoods!  There's the streets of turn-of-the-(20th)-century New York, of course.  And there's also charming Cape Cod, just over the bridge.  In between, a San Francisco industrial dock adds a bit of rustic charm.  And then, within the New York neighborhood, there's Toyville Trolley Park, home to Toy Story Mania and a charming ode to the classic Victorian seaside amusement parks that used to call places like Coney Island home.  The fact that the park designers bothered to give a distinctive flavor for the sake of a transplanted ride from Disney California Adventure shows just how meticulous they are, and it's that attention to detail that makes this incredible theme park the Sea of Dreams! 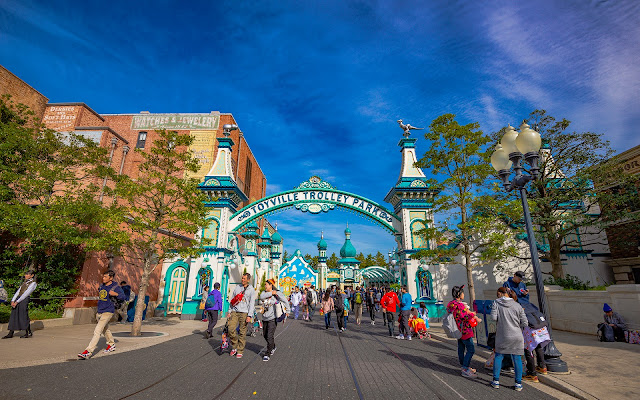 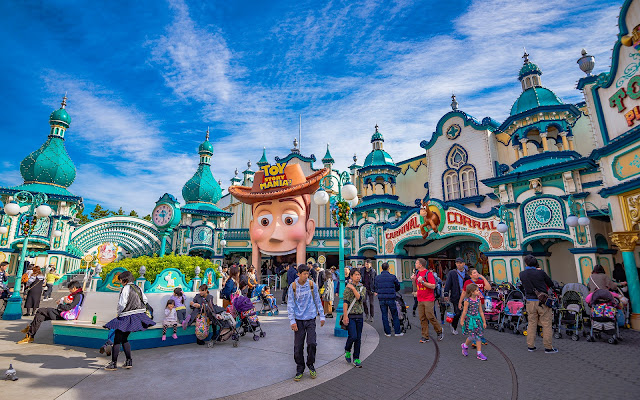 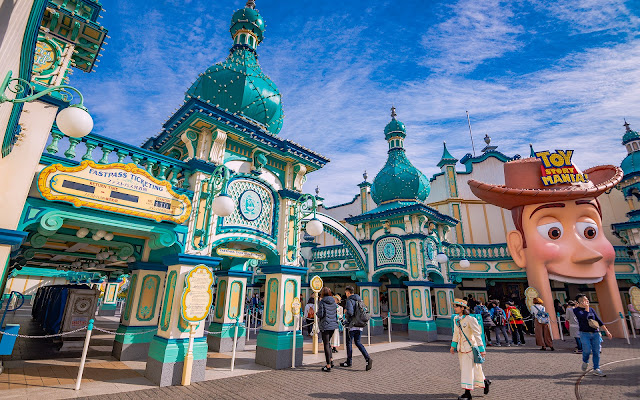 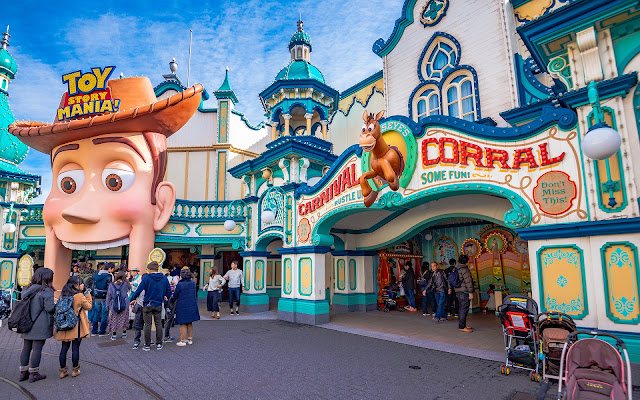