A few days ago, Disney announced their slate of returning entertainment to Disneyland Park, coming in a couple of months.  Starting April 22, Disneyland Forever, World of Color, and the Main Street Electrical Parade will be returning for regular runs (with FANTASMIC! returning May 28th.  Of this bunch, the Electrical Parade stands out has having returned once again after Disney has previously promised that its last run was its actual final run--for at least the third time now.  So at this point, this parade is approaching comic supervillain levels of ressurection.

Mixed in the news, however, was an announcement that the parade would contain a new finale float themed to the styles of Mary Blair that will be the longest float in parade history.  My assumption is that this will replace the traditional patriotic finale of the MSEP.  No longer will we see stars and stripes bacon.  Instead, a series of tributes to beloved Disney animated features like Encanto, The Jungle Book, Raya and the Last Dragon, Aladdin, Coco, Mulan, Brave, The Princess and the Frog and more will close out the parade.

I'll be honest, I'm not thrilled about the Main Street Electrical Parade is back, if only because its return has gotten stale (even if this will be for its 50th Anniversary).  But it will be nice to have a parade at the park again after the holiday season, and I look forward to checking out the new float.  In the meantime, here are photos of the float that I'm figure it will replace. 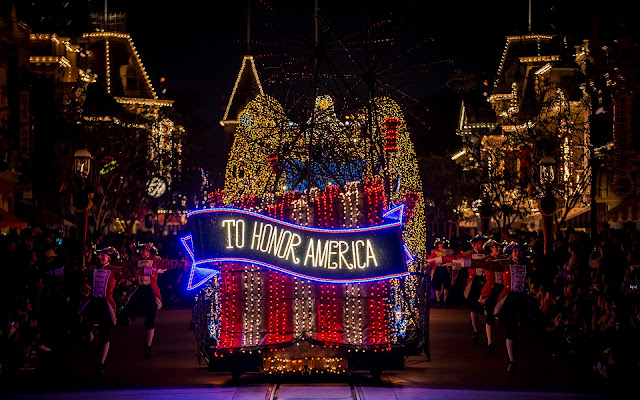 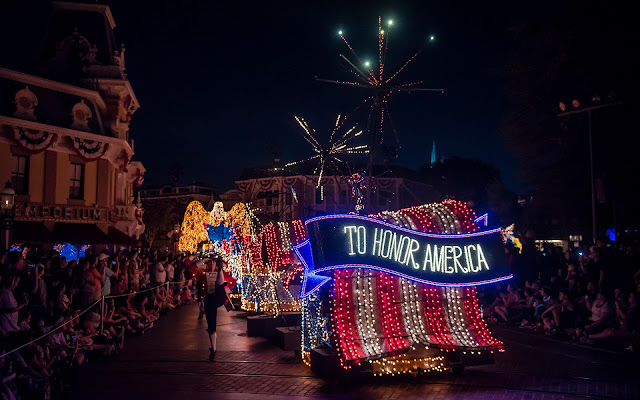 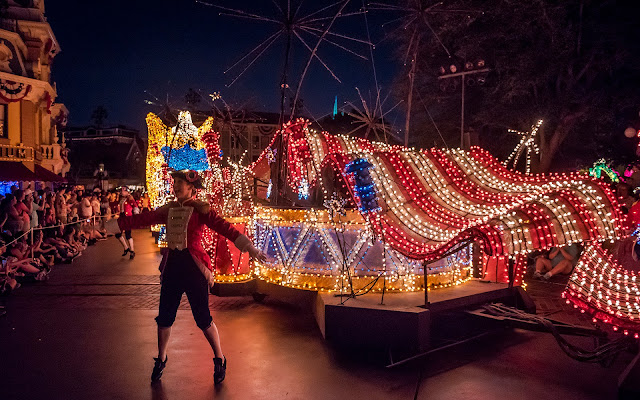 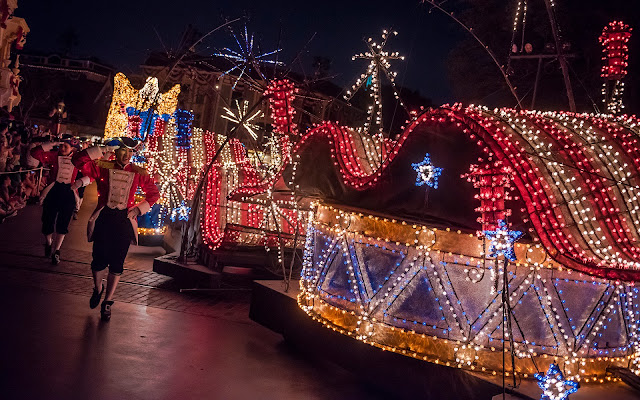 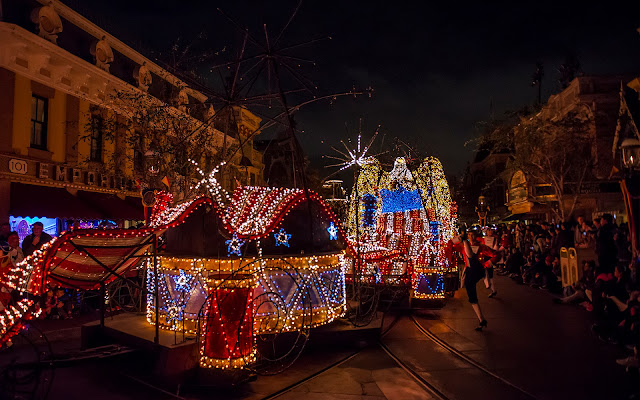 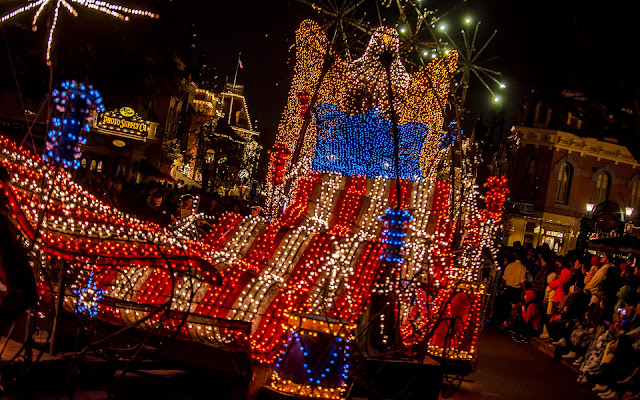 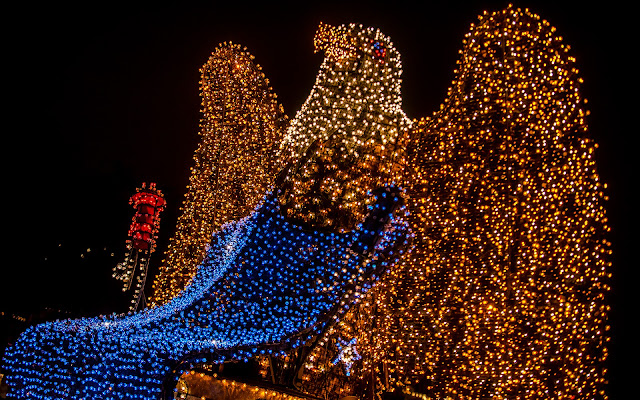