Seeing the Red Car Trolley parked over by the Hollywood Tower Hotel stop feels very fitting.  Back in early 1900s Los Angeles, the Red Cars were the lifeline to the nodes of activity in a much less developed Southern California, and in the L.A. area, they symbolized the bustling, busy, showbiz city at the time.  The glitz and glamor and activity all came together in a land where dreams united with Hollywood reality, and even unknowns could be thrust into stardom, if the cards broke just right.  So it's appropriate that the Red Car Trolleys have found their way to the Disneyland Resort, which epitomizes the idea of dreams come true! 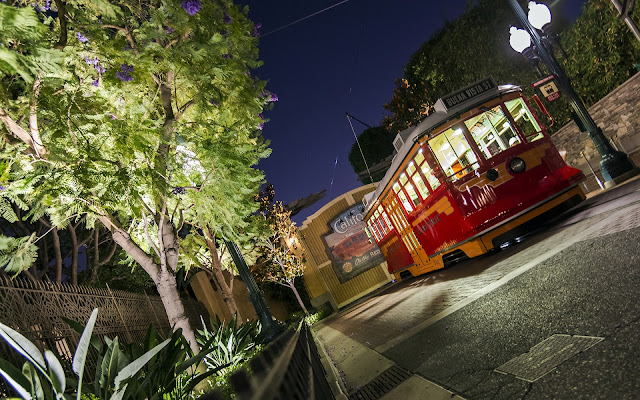