My vacation to Hawaii earlier this month was to celebrate the union of two of my friends from college, and as such, a bunch of my college buddies made the trek to attend our friends' wedding.  Among them was my best friend, and on the day after the wedding, he was kind enough drive me over to Aulani to visit the gorgeous Disney resort (having rented a car when he had flown in).

Upon arriving, he had planned on finding a nice corner to read while I went on my merry photo-taking way.  But we agreed it wouldn't hurt to wander around for a little bit at first.  Like me, he agreed that the setting was absolutely beautiful, but what ended up being the most exciting feature of Aulani was... the lazy river.  Indeed, Waikolohe Stream (as it's called) is a winding, watery route around the main pool and throughout the central garden space of the hotel complex, and it is very, very cool.  The way everything is set up, it feel like a meandering journey through a tropical forest, and the varying tight, secluded segments followed by wide open spaces make for a great experience.  To just float around this waterway seemed like bliss. It's something I'll have to be better prepared for, next time I come visit! 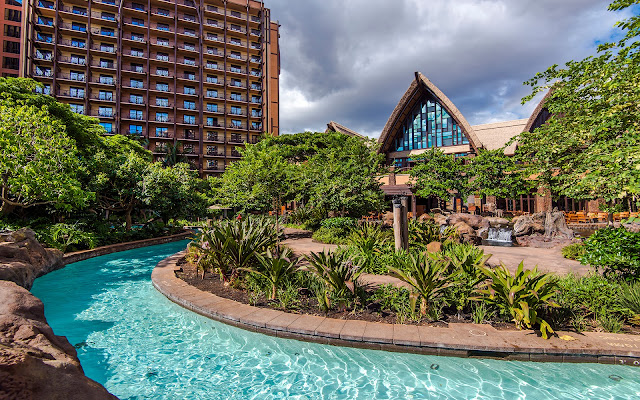 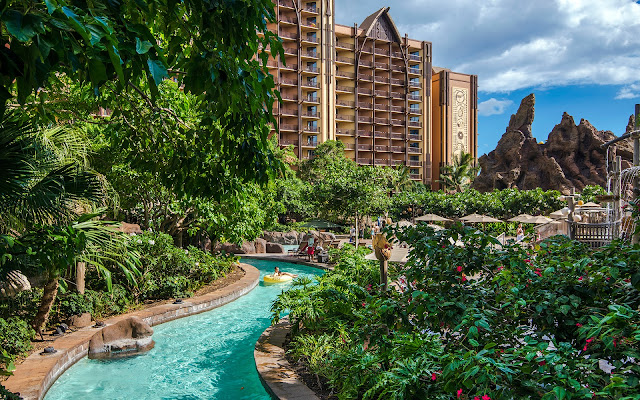 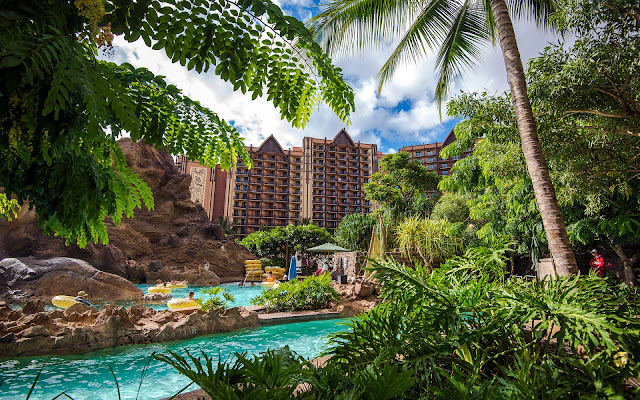 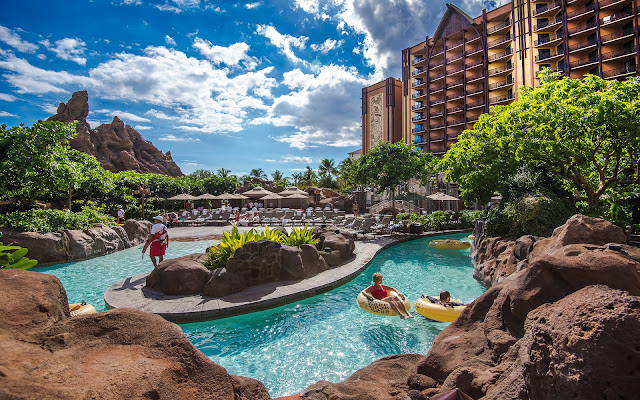