This past Monday was the long-awaited official return of the classic Disneyland show, FANTASMIC!  After a year and a half off, while the Rivers of America was being reprofiled for Star Wars: Galaxy's Edge, the beloved spectacular brought back a mix of new and old scenes and brilliant new visual effects and projections.

One of the iconic scenes from the original version that has been slightly retooled is the jungle medley following the opening refrains.  Kaa makes his way out, but instead of dancing monkeys floating by on barges, it's a Lion King sequence with dancing lions--though interestingly, King Louie maintains a role.  Besides the slight content modification, what's really noticeable is how beautiful the projections onto the Tom Sawyer Island stage are.  Luminous and vibrant, they create a saturated backdrop that is visually stunning.  And the whole segment is a great evolution of a classic FANTASMIC! part. 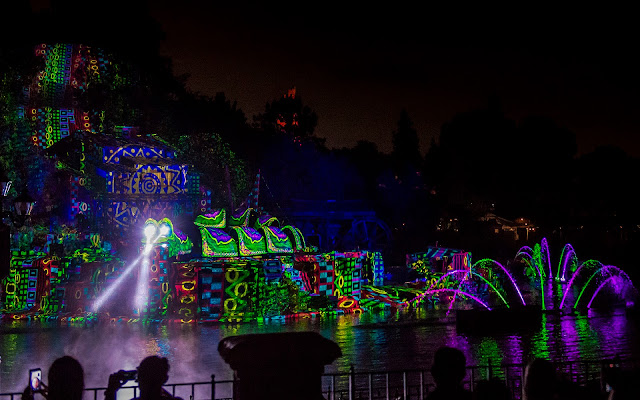 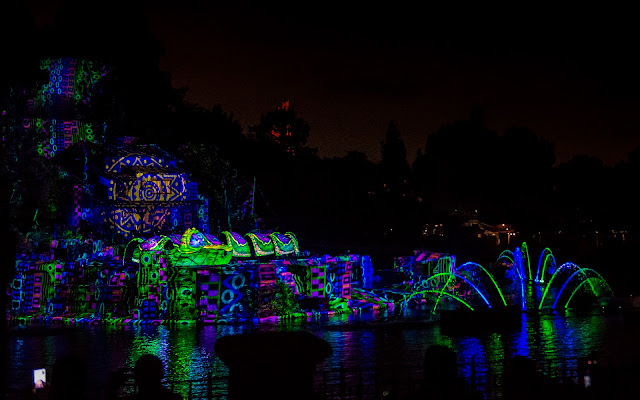 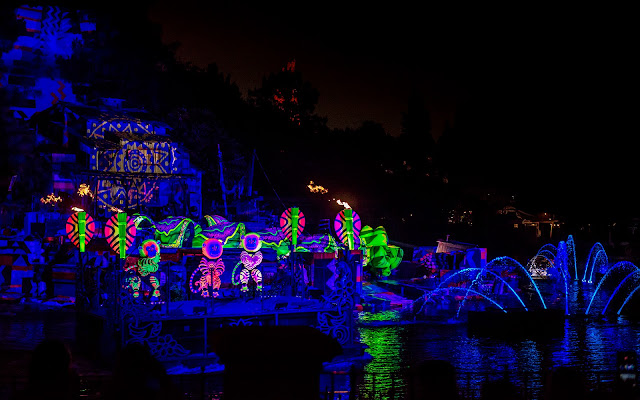