There's a building at Tokyo Disney Sea's American Waterfront area that seems to pull double duty.  Outside, a quick serve stand offers up some fresh seafood fare.  And inside, there's Restaurant Sakura, a more purposeful sit down restaurant offering Japanese cuisine (which is funny, given that it's located in the "American" section.

Of course, this is Tokyo Disney Sea, so the restaurant building needs to be in beautiful aged brick, with touche of steel to convey the optimistic advance of modern architecture in the early 20th century.  Ultimately, it's a beautiful building, right at home in this "New York-ish" part of the American Waterfront! 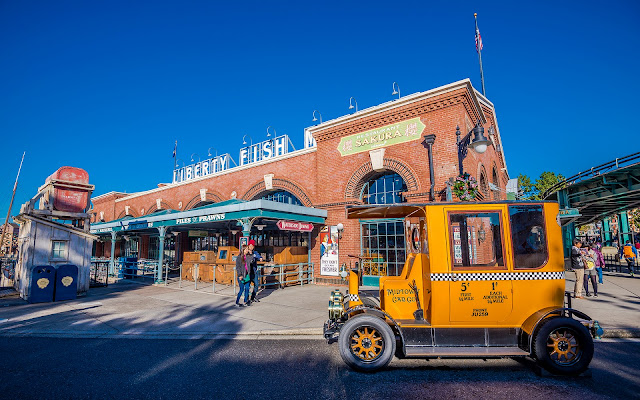 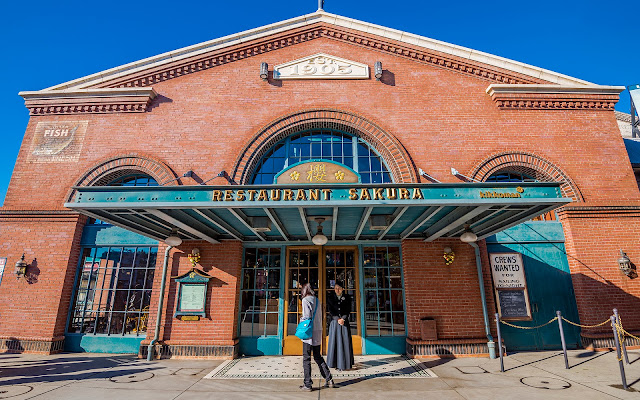