It's kind of interesting how the condition of a ride can impact its popularity.  By all accounts, Space Mountain: Mission 2, in Disneyland Paris, should be just as--if not more--popular as its international brethren, whose lines frequently exceed an hour even on somewhat busy days.  Ten years ago, when the ride was freshly refurbished, that was more of the case.  But three years ago, when I visited, the ride was consistently only 5-15 minutes in the middle of the afternoon.  By then, the roughness of the roller coaster had become apparent once again, and no amount of ride effects could seem to counter that.  Since then, the ride has been refurbished as part of the park's overall refresh for its 25th anniversary this year, and Space Mountain has now evolved into Star Wars Hyperspace Mountain (joining the other Space Mountains around the world that have received this treatment).  While I haven't visited since this change, lets hope the ride is at least more comfortable now, again! 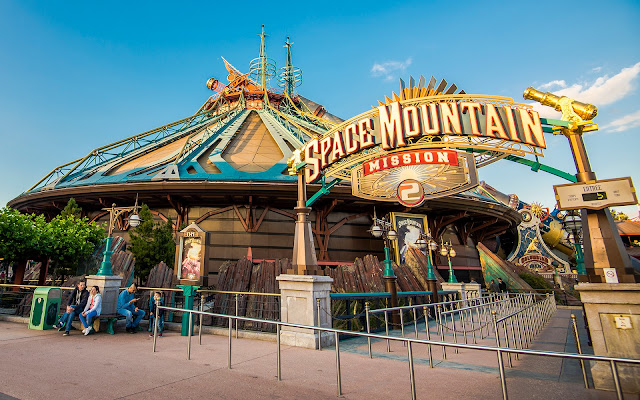