These photos are a little out of order, but they show one of the many iconic scenes from Disneyland's classic FANTASMIC! show.  This one, happening early on in the spectacular, features a giant Kaa from The Jungle Book making his way out over the stage of Tom Sawyer Island and around into a hidden tunnel.  It's a segment of anticipation, as the brightly colored snake radiates a beautiful pattern of color, but when the gong hits, the show really dazzles, as Kaa's eyes light up, sweeping across the viewing audience, scanning the scene before him.  The lions and monkeys--led by King Louie--make their appearance soon after, but this scene has always stood out in my mind when thinking about the show.  It's just a really cool moment! 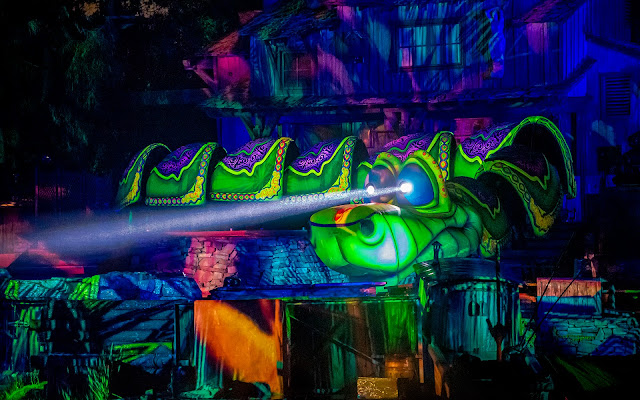 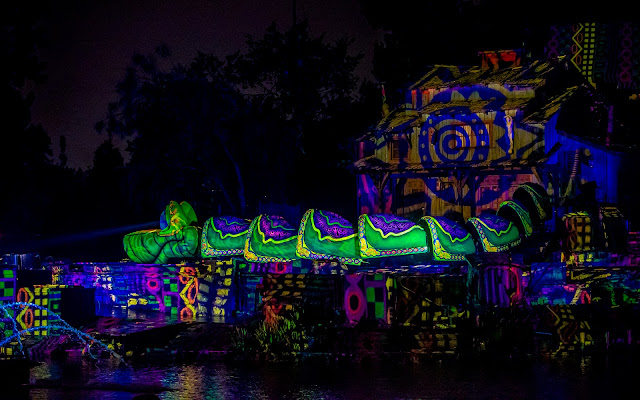 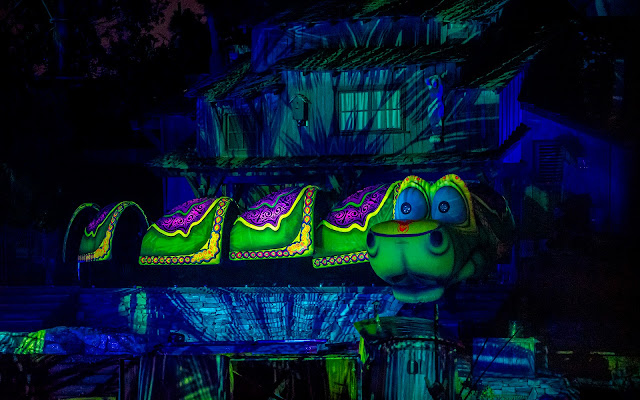