Lamp at the Shipping Office

In an old recording of the ambient radio transmission broadcast through the queue at the Jungle Cruise, there's a brief call between a Sir Reginald and an outpost colonel, where Sir Reginald complains that supplies are being "delayed by a full month, due to problems with that jungle shipping company."  He seems intent on receiving his shipment, and can't really understand why it hasn't arrived.

This might not be something most people are aware of, unless they're like me and collect Disney park music or have actually heard this part of the recording while waiting in line at the Jungle Cruise dock, but that loop was running through my head when I was snapping this photo.  It's just a little detail, from somewhere next to the jungle, and it sort of conjures up a certain spirit of adventure.  I suppose that means it's right at home in Adventureland! 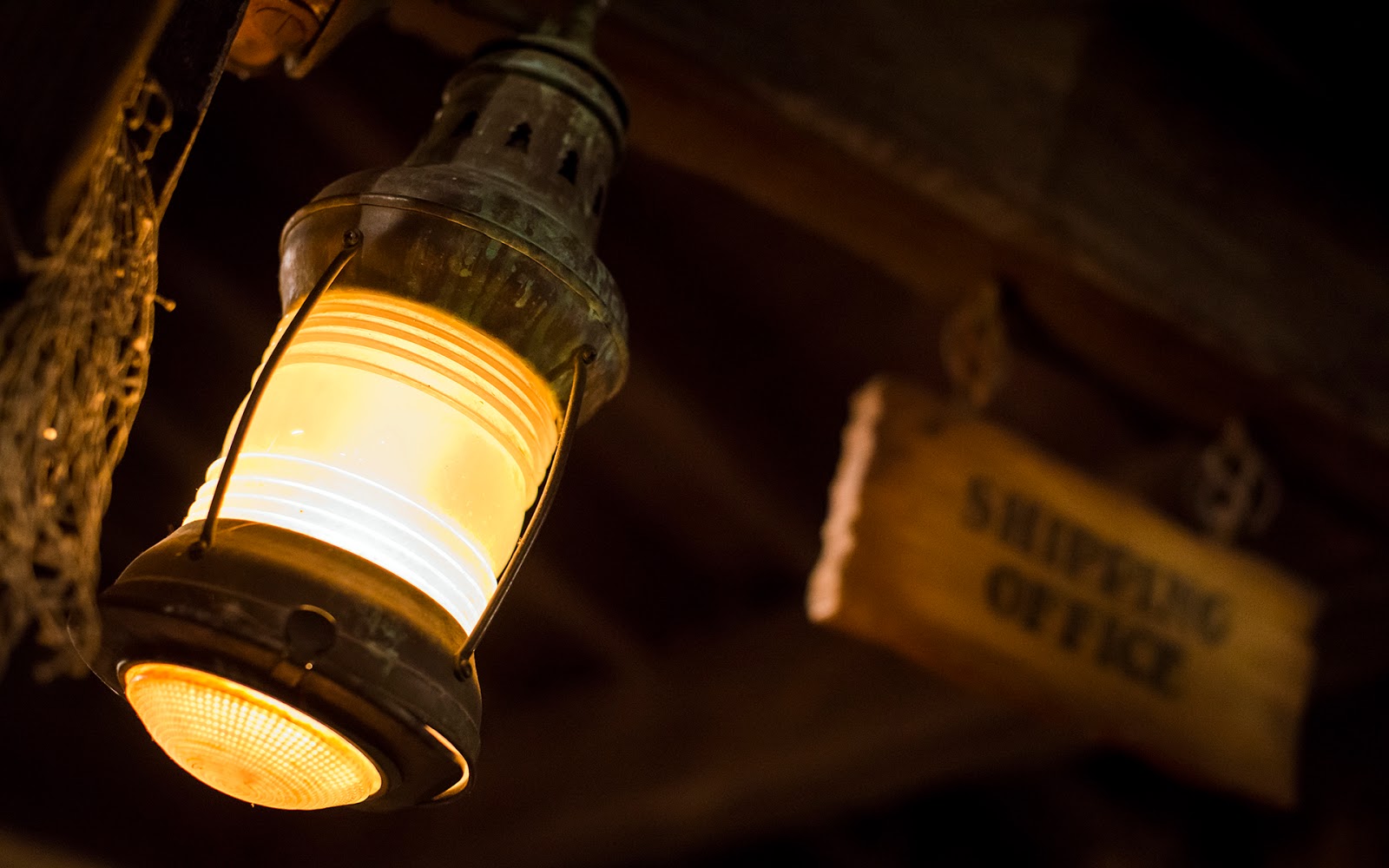