Over at Walt Disney Studios, in France, the equivalent of "Main Street" is Disney Studio 1, a covered pedestrian boulevard lined with shops and quick dining services dressed as a glitzy iteration of Art Deco Hollywood.  It's an interesting self-referencing model--a set pretending to be some glamorous place, located within a giant sound studio, thereby acknowledging its inherent artifice.  It's almost as if Disney is acknowledging its theme parks "fake" architecture.  That said, it's actually a pretty nice space, with pretty neon and three dimensional facades and a lovely and bustling ambiance.  For people, this is just a space for passing through, but it's certainly not bad to stop for just a few seconds and savor the moment. 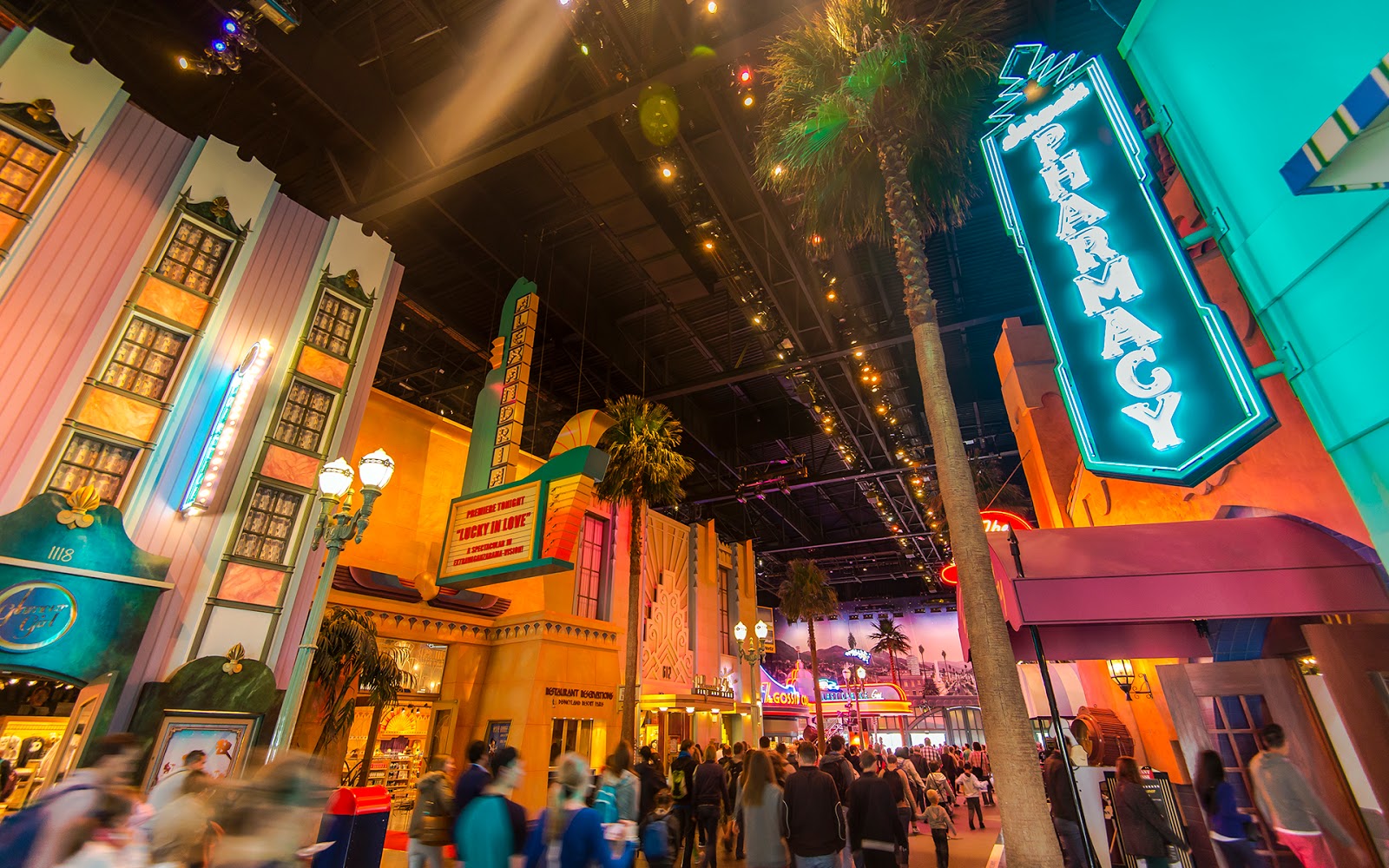 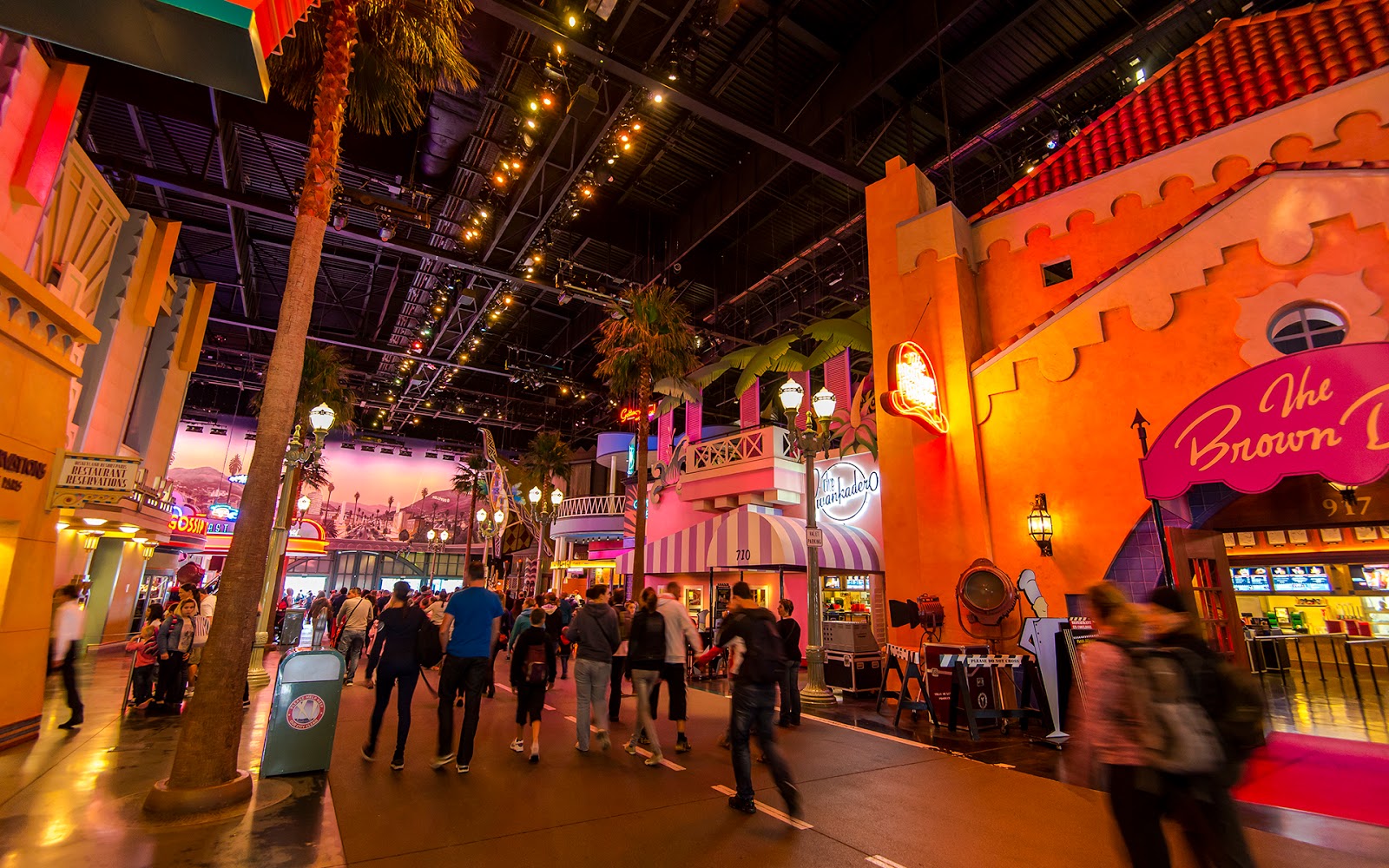 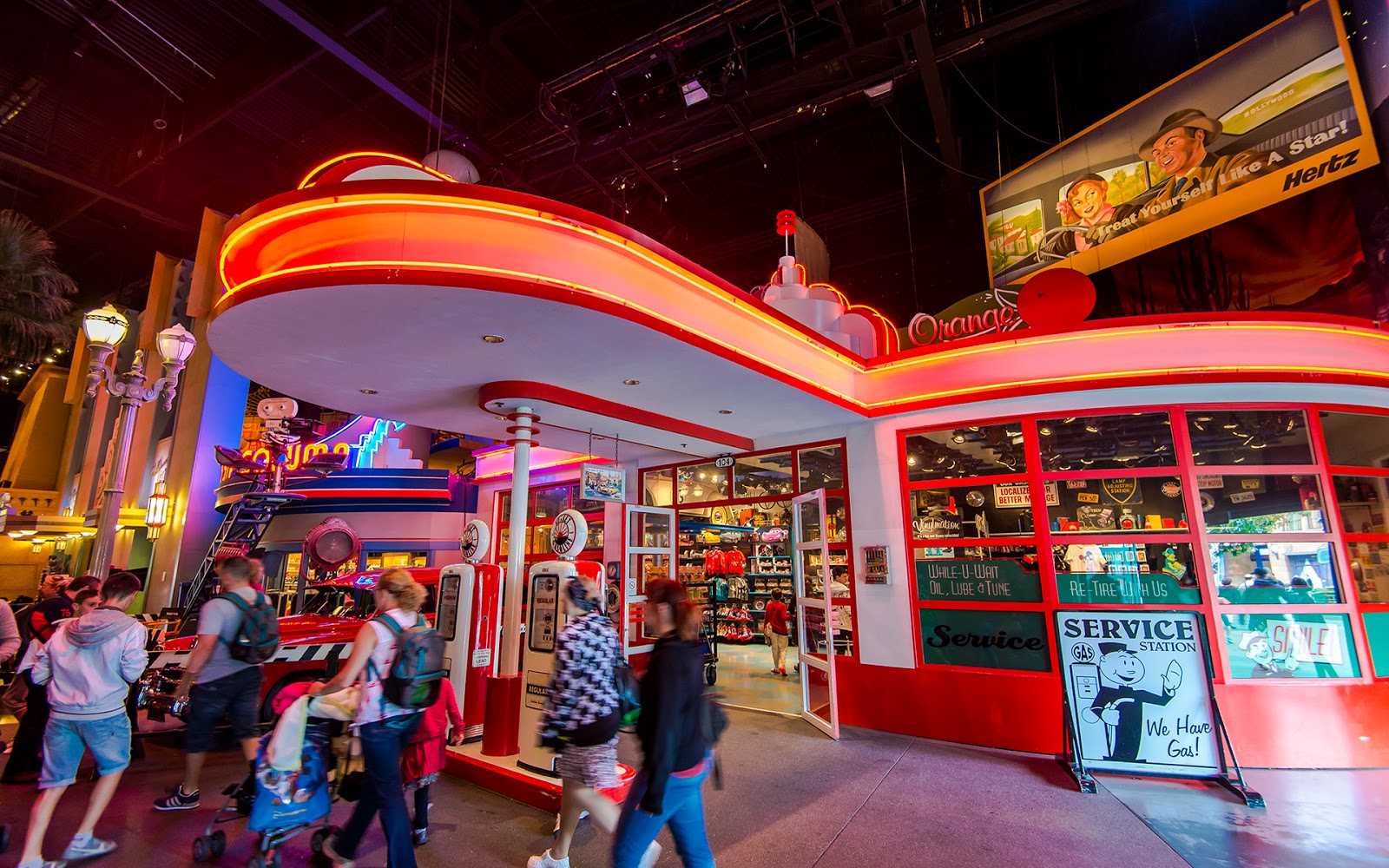 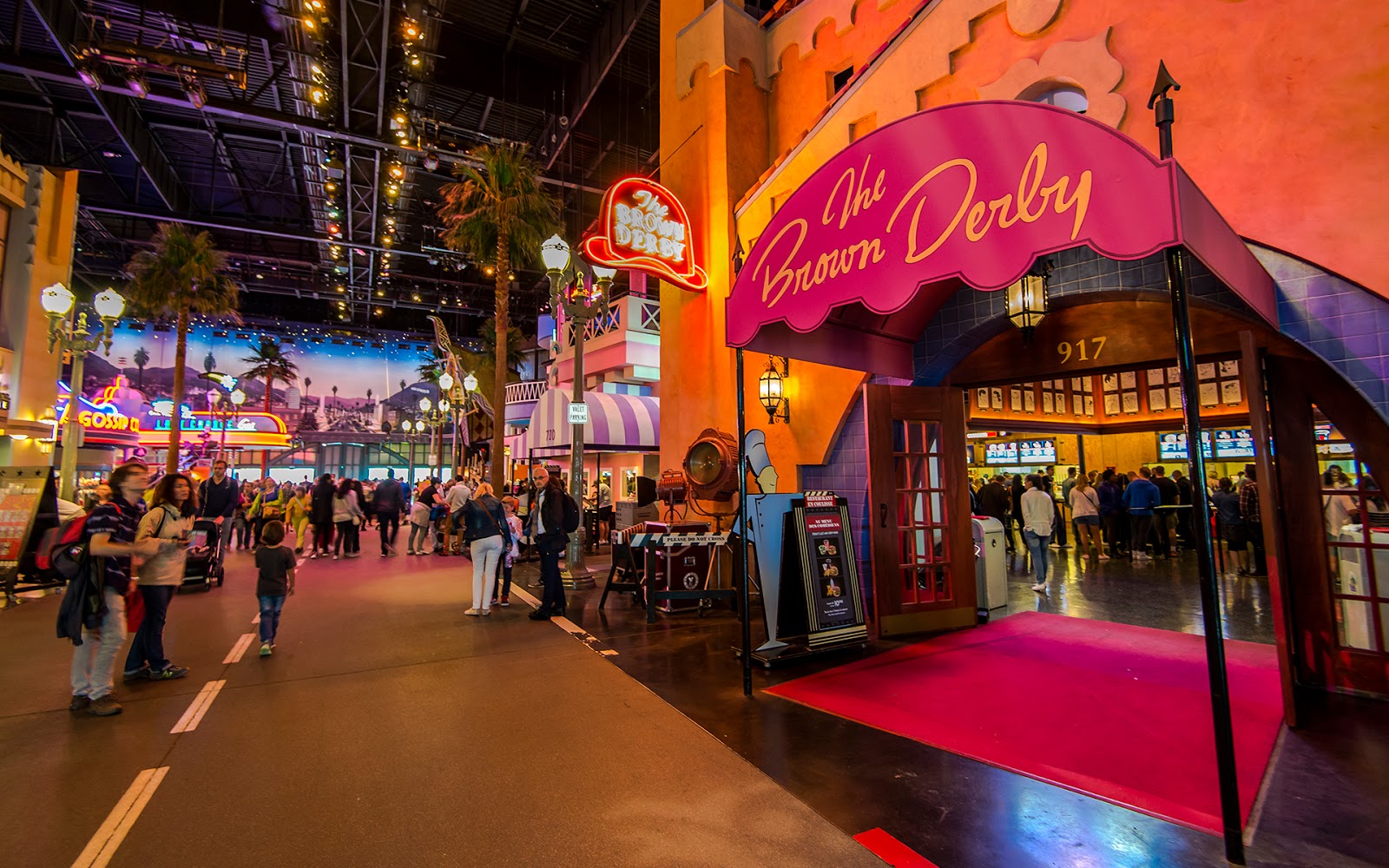