So I must give inspirational credit for this shot to the exceptionally talented Michael Greening, because I first saw a similar photo on his Flickr account many moons ago.  At the time, when I saw this photo, I was blown away by how vibrant the scene look, and how the colors all blended together in beautiful harmony.  I also thought to myself, 'Well, dang, why didn't I think of this??'

Fast forward to late last year, I was poking around Paradise Pier for night shots, when I recalled the image and decided to take my stab at it.  From a technical perspective, this is a relatively simple long exposure.  I started from a base of ISO 100, 30 seconds on the exposure, and f/8 on the aperture.  I had to tweak and time, and my shutter speed ultimately ended up being a little shorter and aperture a little tighter, but I was able to get the frames I wanted to paint the scene in a manner similar to how Mike had done his photo. 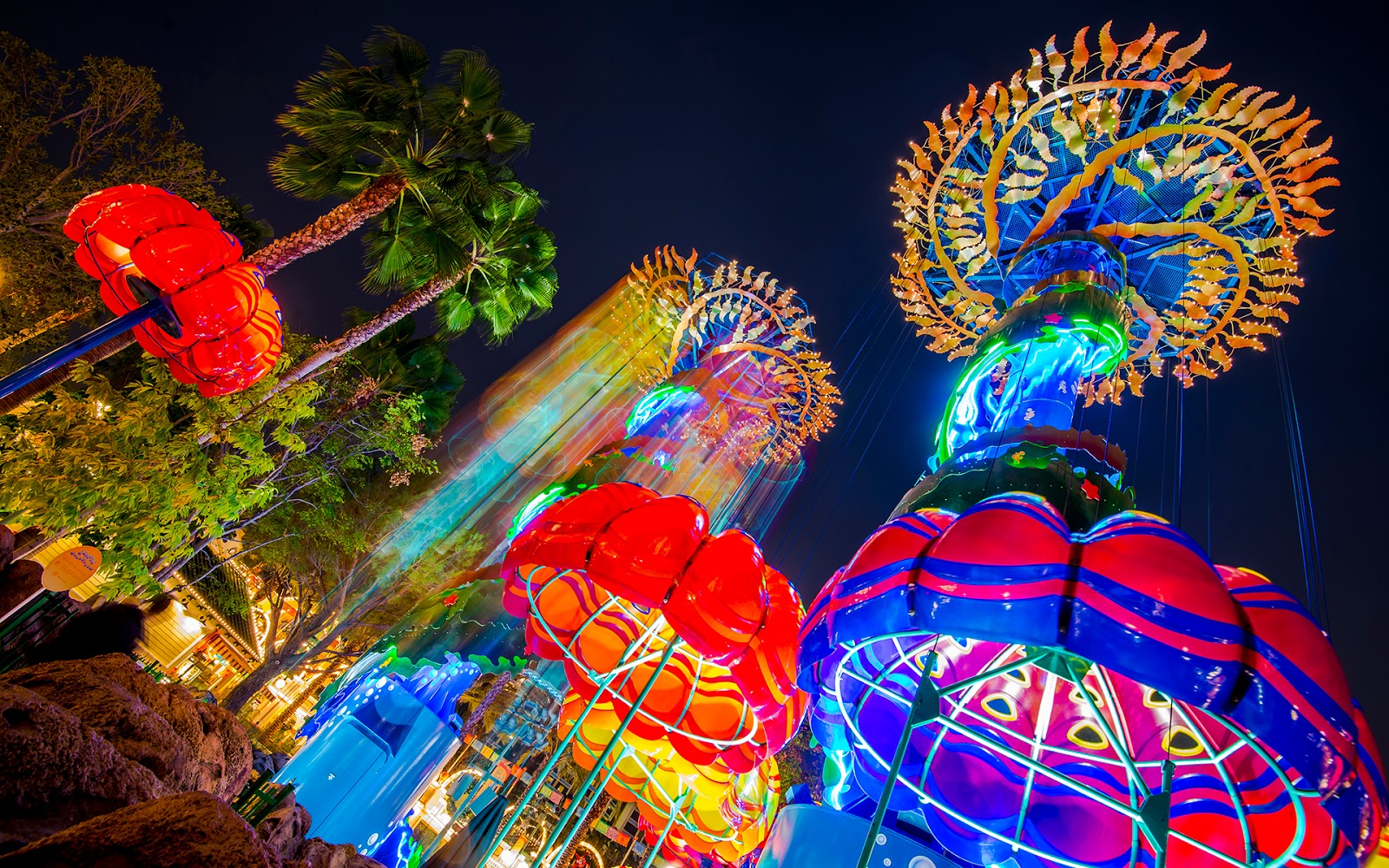 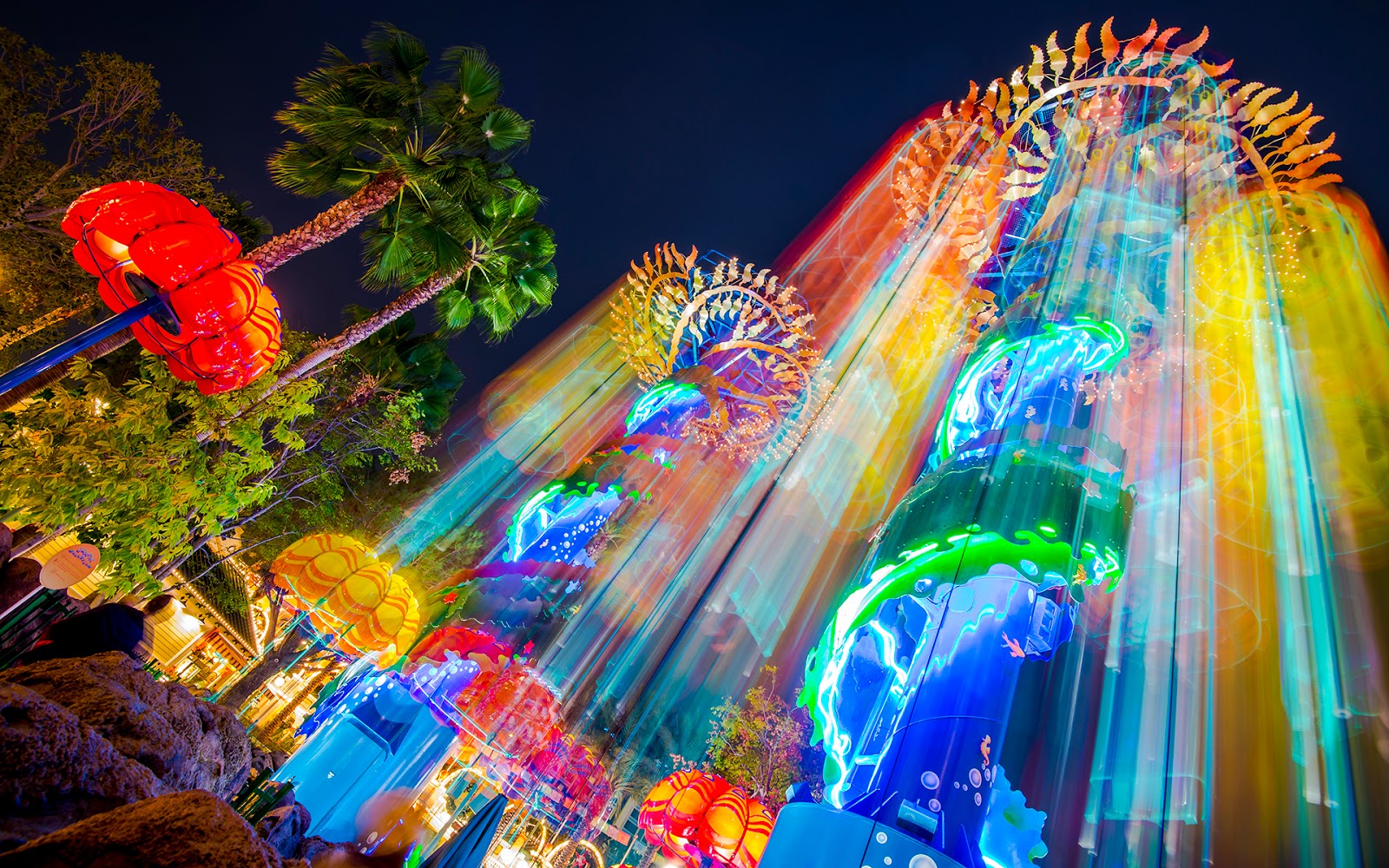 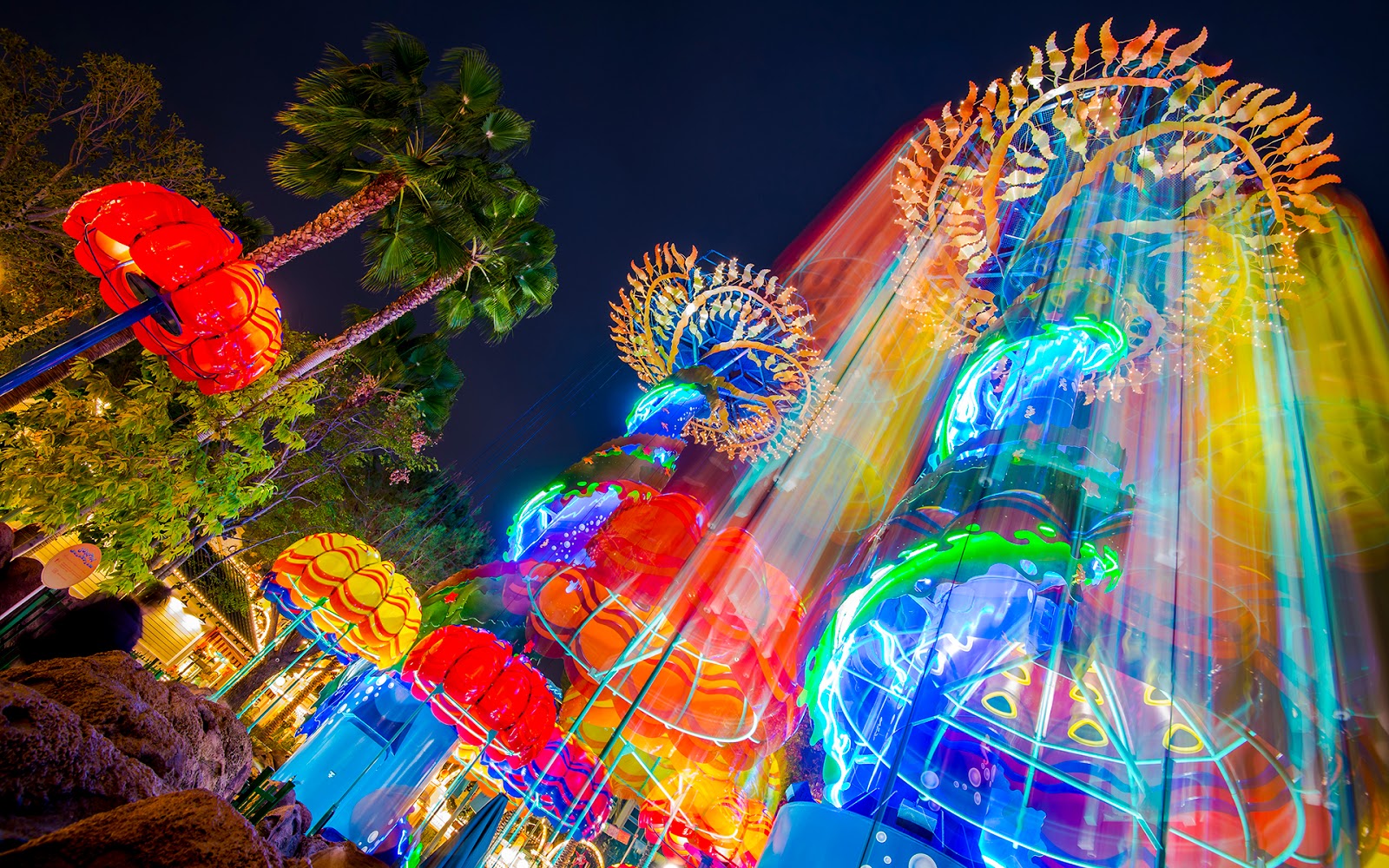 When it came time to edit, I was able to achieve the same saturation and luminance that entranced me.  What was more difficult was deciding which photo to feature.  Ultimately, I also played around with blending the three exposures.  And since I couldn't decide which one to exhibit, I've posted all four pictures here for your enjoyment.  Do you have a preference on any one? If so, let me know via a comment!
Email Post
Labels: DCA Disneyland Resort HDR Jumpin' Jellyfish long exposure night non-HDR Paradise Bay Paradise Pier