It's been a while since I've posted an update from the Disney Gallery. In that time, at least two exhibitions have been featured, and today, we're going to take a look at the one dedicated to that juggernaught cannot be stopped. Yes, Frozen; no one can "let it go," and it continues to inspire theme park content in the form of shows and entertainment.

The Opera House side of the Disney Gallery is currently featuring an exhibition entitled Snow Queens: Art of Ice.  This details Disney's long-running development of Hans Christian Anderson's The Snow Queen from an attraction into an animated feature.  As early as the 1970s, Disney Imagineers were working on an attraction called The Enchanged Snow Palace, which would have shrouded guests in a king of whimsical winter.  That never became reality, but decades later, the story made its way onto the big screen in the form of Frozen--Disney's adaptation of the classic fairy tale, with its own tweaks along the way, of course. 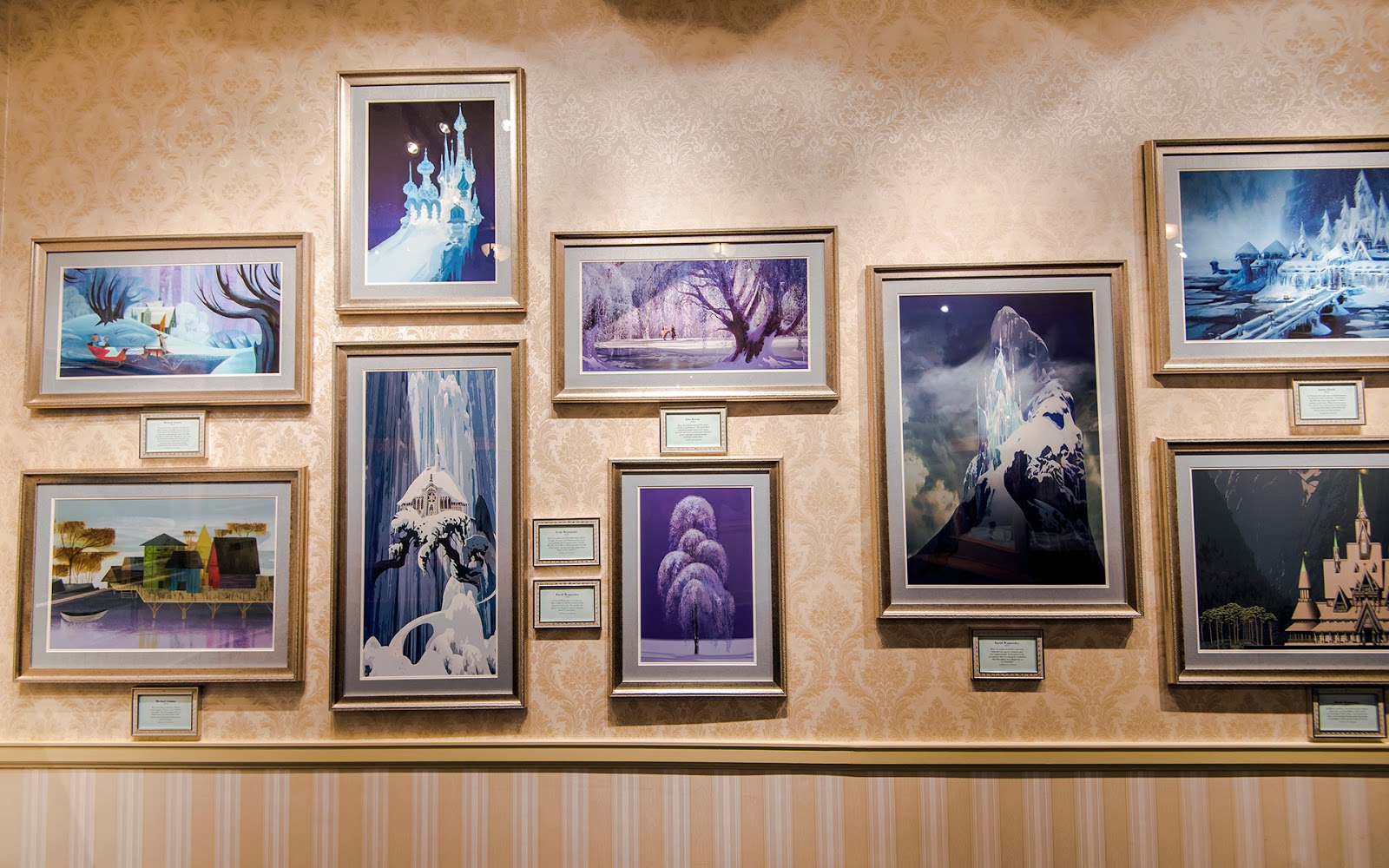 The ideas from The Enchanted Snow Palace don't really share a lot of similarity to Frozen, other than the idea of a frigid but beautiful landscape and the position of a snow queen, but it's interesting to look at the artwork and think of the ideas bounced around decades ago and their evolution in present day.  Frozen certainly has a lineage in its earlier iteration, and I find it sort of fascinating to ponder what would have happened if The Enchanted Snow Palace had actually been built.  Would it still exist today, beloved among many generations? Or would it not have been successful back then?