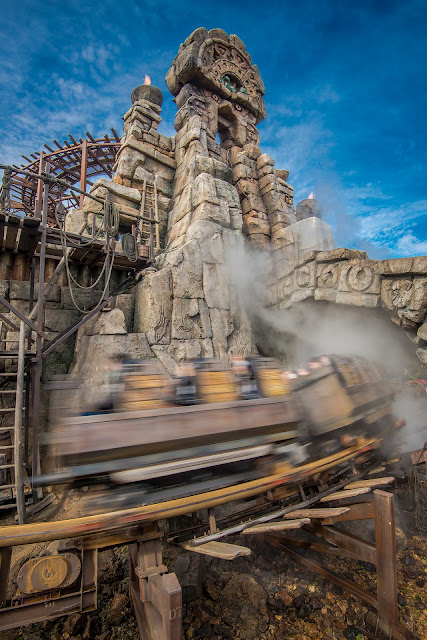 I've always thought that Tokyo Disney Sea's Raging Spirits roller coaster was an interesting choice as an addition to the park when it was built.  The ride is located in the Lost River Delta region of the park, and the original star attraction there was the Indiana Jones Adventure.  There's also an Indiana Jones ride in Disneyland Paris, but it's a roller coaster, and it features a mirror image layout of Raging Spirits.

The difference between the two is that Tokyo's roller coaster is much smoother than Paris', for reasons that I've never been able to fully understand.