Today's venture is a familiar site, but not exactly.  Because it's Hong Kong Disneyland's Main Street, U.S.A. during the holiday season.  Hong Kong Disneyland is known for its initial imitation of the original Disneyland, and though the park has since grown to have its own unique identity and features, on Main Street, the ambiance is still very much like a more crisp and perfect version of Walt Disney's original.  There are differences in Hong Kong's holiday decorations, though.  The towering Christmas tree is a rainbow of colors vs Anaheim's more classic scheme, and there are no overhead garlands.  The wreaths and lights that do light Main Street are also similarly more colorful, and there are more playful holiday elements in Town Square.

So even though it's almost the same, it's also kind of different.  Which makes it a fun juxtaposition to present! 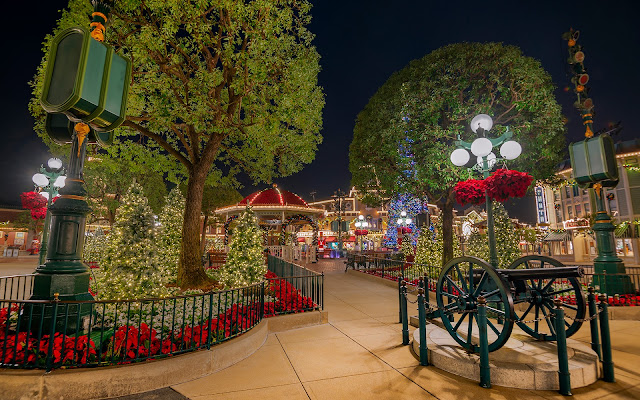