This post is incredibly overdue, but since I didn't buy tickets when it first opened, and I've been focused on Halloween posts the past two months since I've gotten my Magic Key, this is the first official legitimate Avengers Campus post on this blog (excluding photos of Guardians of the Galaxy technically taken after Avengers Campus opened).  The land has been active since July, and it takes guests into the world of Marvel by providing a setting to train and become the next superheroes.  Avengers Campus is DCA's iteration of Star Wars: Galaxy's Edge--in that it's an interactive realm where guests can engage with Marvel characters, take part in certain shows, and be part of action-packed missions.

At opening, Avenger's Campus only has two attractions--the WEB SLINGERS: A Spider-Man Adventure ride and the co-opted Guardians of the Galaxy - Mission: Breakout! E-Ticket annexed from Hollywood Land.  Another Quinjet-based E-Ticket is in the works, but other than that, the remaining attractions primarily relate to different unscheduled show moments featuring Spiderman, Dr. Strange, Black Widow, and the Dora Milaje, immersing guests into the world of the Avengers.  Although it's certainly smaller and less enveloping than Galaxy's Edge, it's still an infinitely better addition than its predecessor, A Bug's Land.  And it's got its photogenic spots too--as future posts will expound upon. 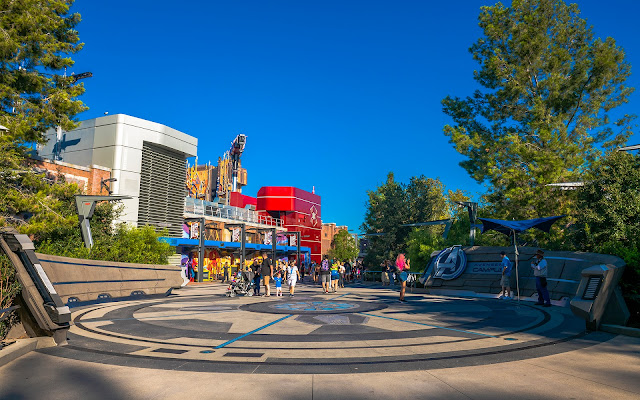 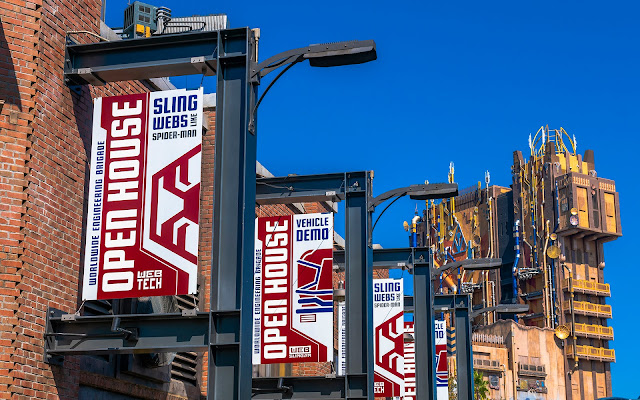 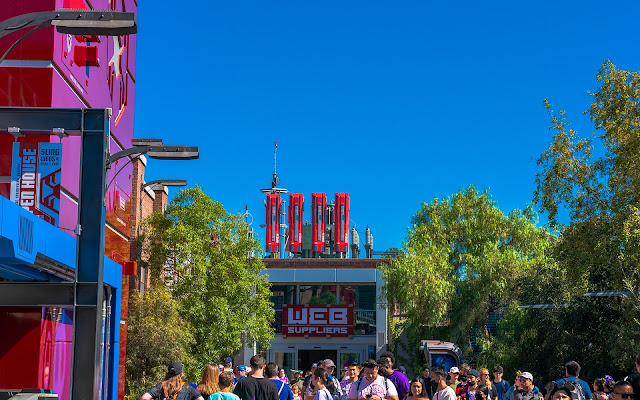