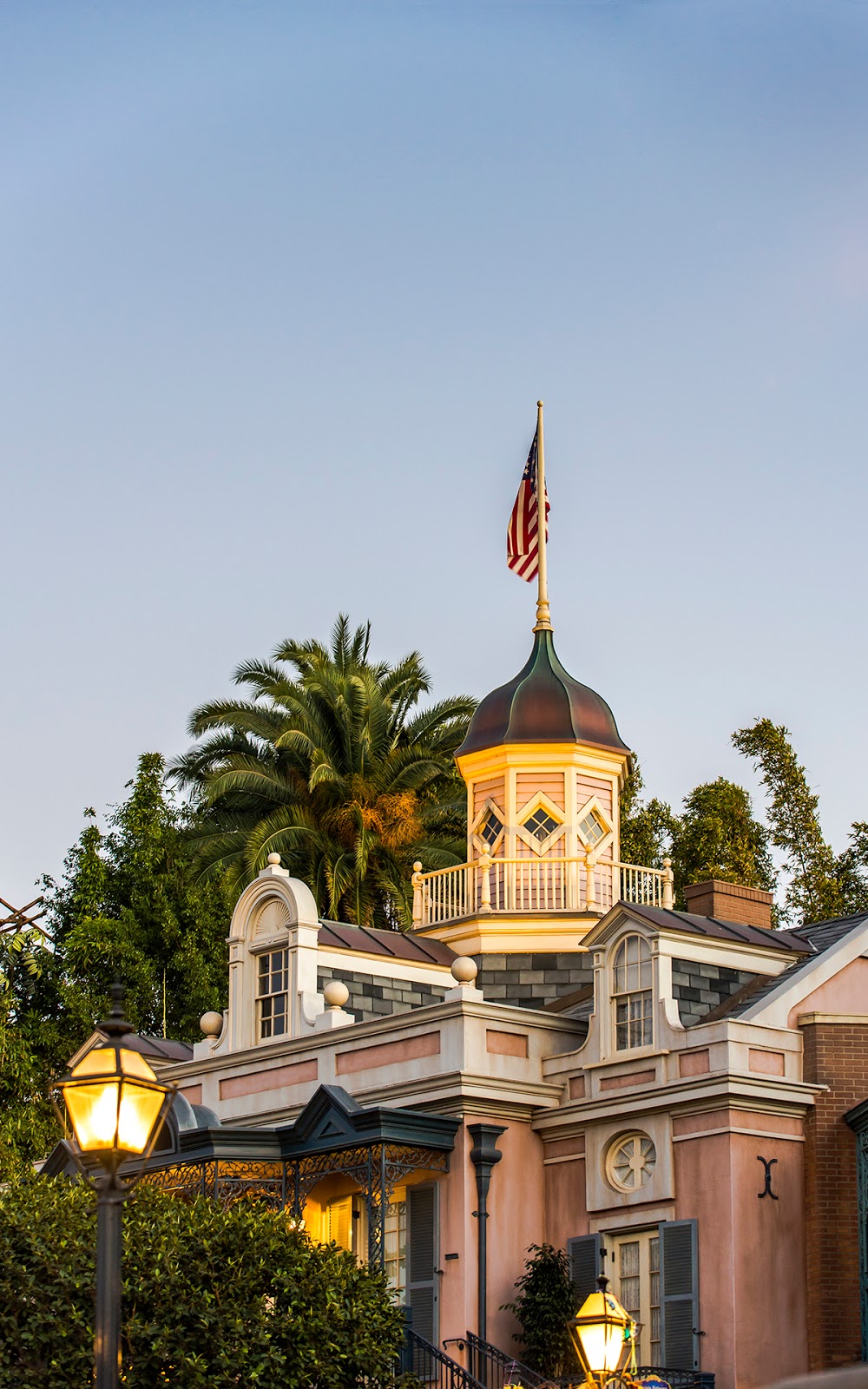 Normally, the light after sunset isn't particularly conducive to photos, because the warm golden rays of the sun have disappeared, and the sky hasn't darkened quite enough to produce dramatic nighttime photographs. But last weekend, while I was wandering around the Rivers of America, I noticed a rosy glow upon the top of the Pirates of the Caribbean show building, cast by the last rays of the setting sun.  Though ground level had descended into shadow by this time, the top of the building had not, the combination with the early evening lighting that had already come on made for a cozy feeling scene that I can't usually capture during this time of the day.

The lightness of the photograph is thanks to the camera's eye and post processing, but I liked the composition and focus on this small part of architecture. The way the trees rise up behind the building and the way the Spanish colonial-esque facade rise up created an illusion that this might actually be somewhere in the tropical zone.  And once again, I found myself captivated by how little moments of Disneyland could transport me to lands far, far away.
Email Post
Labels: Disneyland Disneyland Resort E-Ticket New Orleans Square non-HDR PotC