The Tokyo Disneyland Hotel is a spectacular, Victorian-themed lodging that represents the latest in a long line of similarly themed Disney hotels, starting with the Grand Floridian at Walt Disney World and continuing through the Disneyland Paris Hotel and Hong Kong Disneyland Hotel.  Inside, the central atrium is a towering, airy space that shows off the multiple levels of the hotel.  One late night after leaving Tokyo Disney, I had an opportunity to snap a few shots in the mostly empty space, to capture the magnificent volume.  Here are a few photos from that evening. 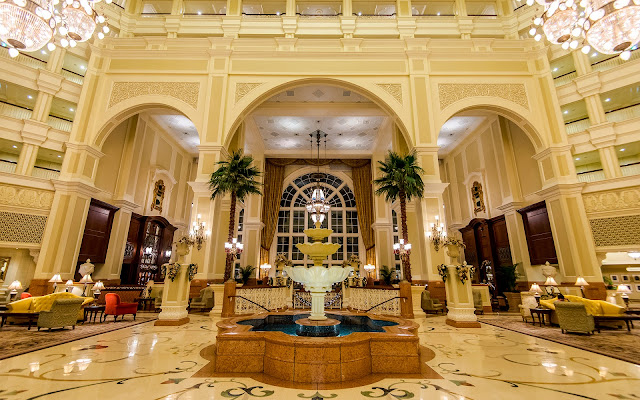 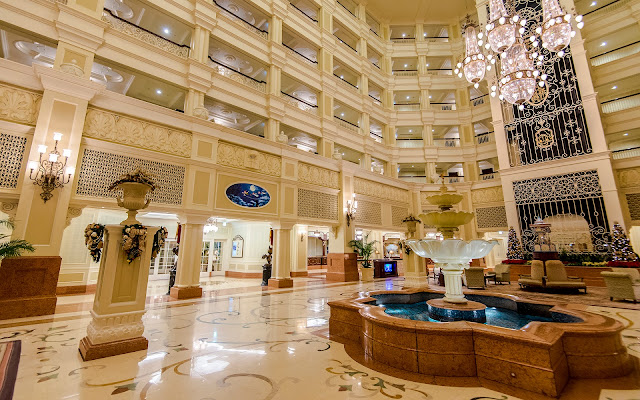 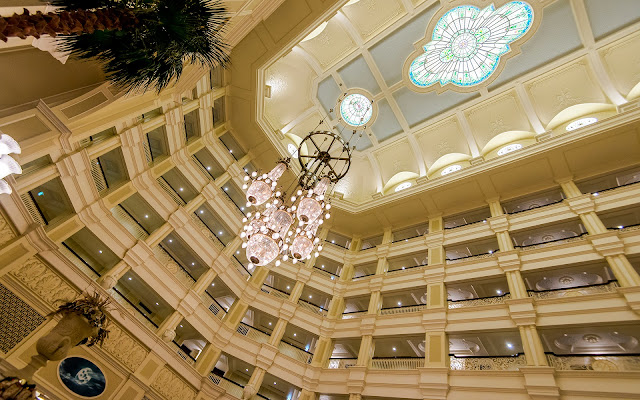 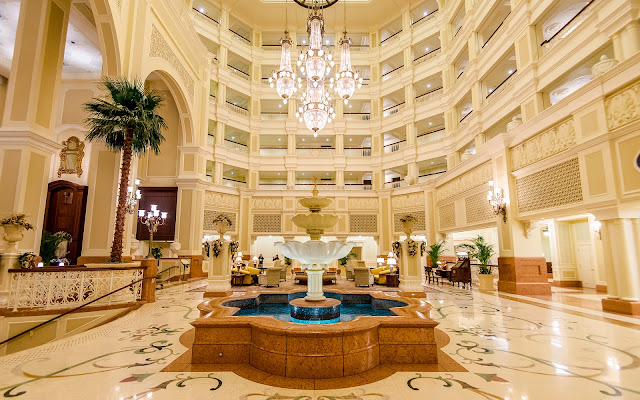 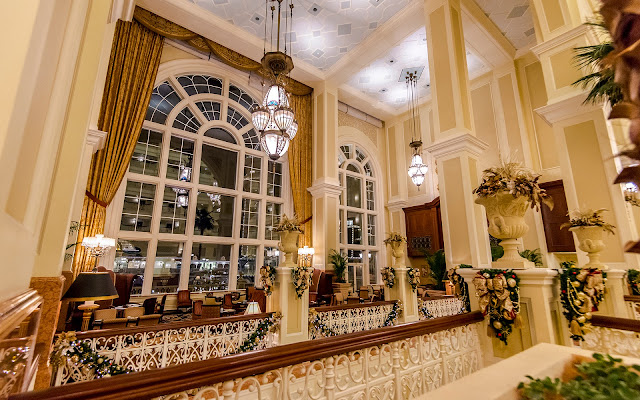 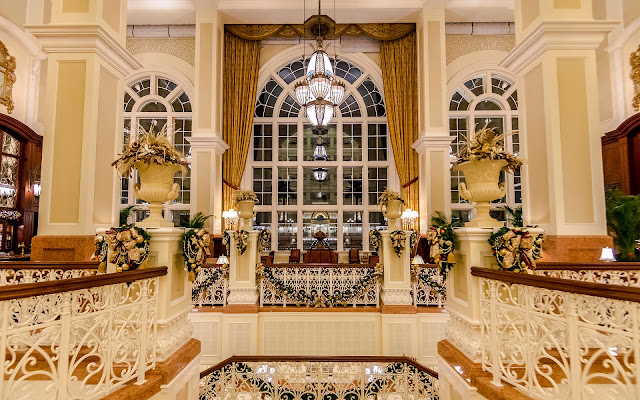