Storm Clouds Over the Mansion

It's been awfully rainy in Southern California lately.  After years of drought that was incompletely alleviated by last year's El Niño, this year has seen an abnormal but welcome (and at this point, potentially overwelcome) onslaught of storms that has soaked up the parched local landscape.  This has afforded some great rainy evening photo opportunities, but it's also provided some dramatic scenes every once in a while, such as the scenes below when I was at Disneyland this past Sunday.  The ominous gray clouds over the Haunted Mansion seemed incredibly fitting, especially with the famed manor partially concealed behind the trees--some lying dormant for the winter.  The vibe isn't quite enough to match Phantom Manor's creepiness at Disneyland Paris, but it's close! 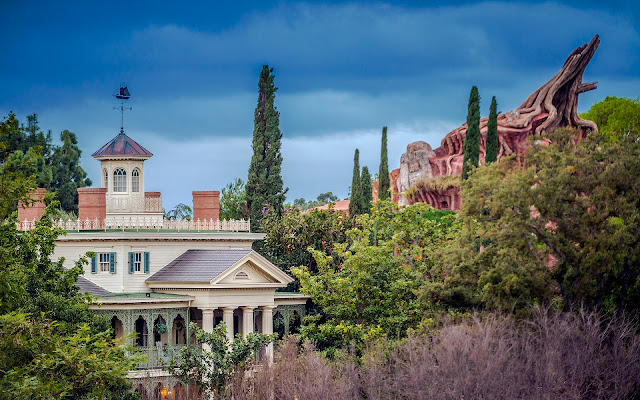