In the town of Isla Tesoro, poor Carlos the mayor is constantly being effectively waterboarded by being dunked in a well by pirates, while his wife routinely peeks out of her second floor shutters to yell encouraging advise like "Do not tell him, Carlos," and "Don't bee cheecken!"  It must be nice to have the constant, unending, badgering support while one is getting tortured.  But give Carlos credit, he never tells.  Even over the years, as the pirates' questions have evolved from wanting to find out the location of the treasure to where Jack Sparrow is, Carlos remains mum.  It's quite admirable having such resolve.  We celebrate this fortitude with these documentary photos from Tokyo Disneyland's iteration of Pirates of the Caribbnean. 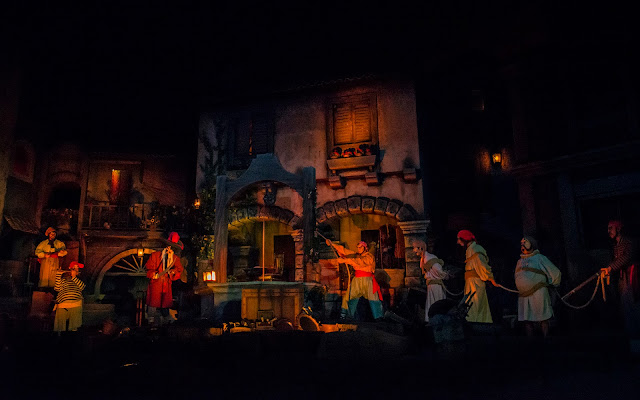 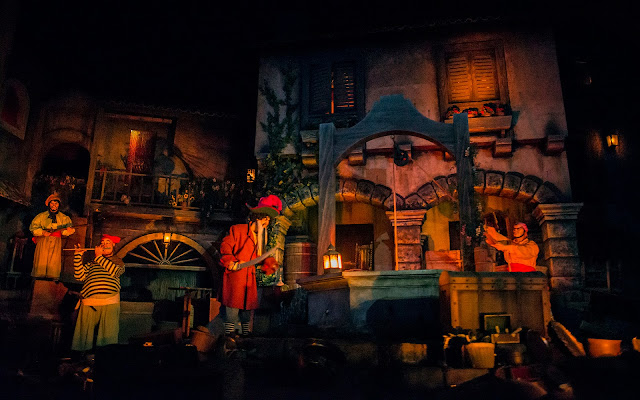 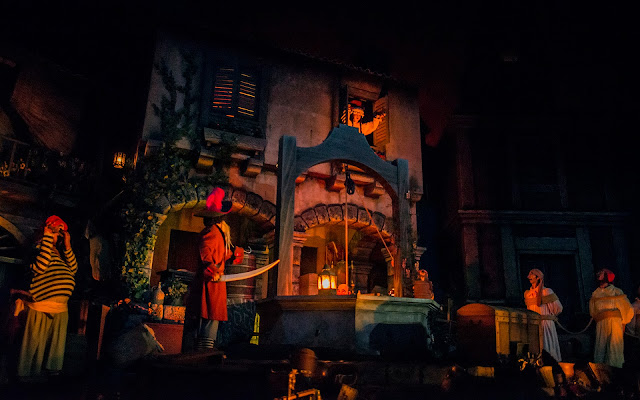 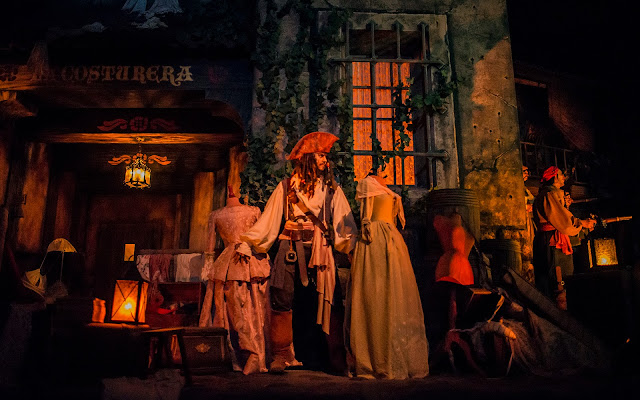