Once upon a time, when "New Tomorrowland" opened in 1998 after a significant refurbishment meant to update the often not-so-futuristic land, it included a pizza and pasta quick-serve restaurant called Redd Rocket's Pizza Port.  A familiar rocket ship outside not only stood in as the symbolic logo for the space-inspired eatery, it was also a callback to the old TWA rocket that marked the Rocket to the Moon and Mission to Mars attractions that previously stood in this spot.  Two decades later, as part of the 2018 Pixar Fest summer seasonal overlay, Redd Rocket's Pizza Port was transformed into the Toy Story-themed Alien Pizza Planet.  The cuisine remained the same--pizza, pasta, and salad.  But the theme was incorporated into Disney IP, and after a more permanent remodel the following year, the facade became a permanent front for the movie-inspired restaurant.

Here are a few photos of the establishment, which I've apparently never bothered to photograph before, because this is the first time I'm posting pictures of Alien Pizza Planet on this blog! 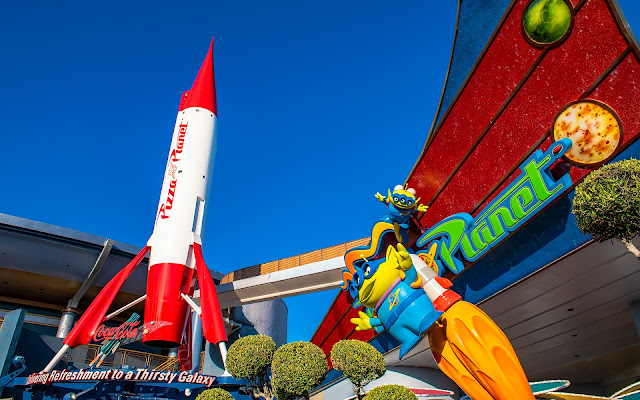 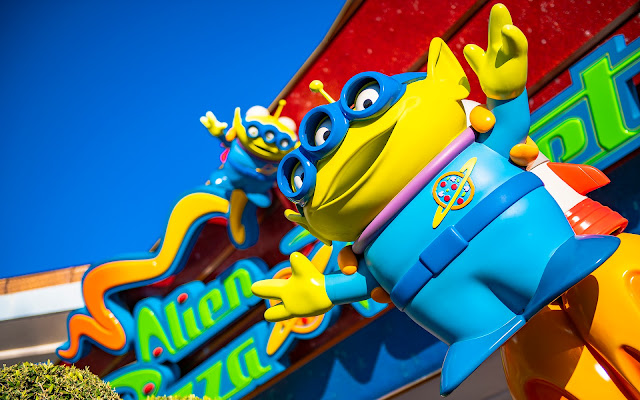 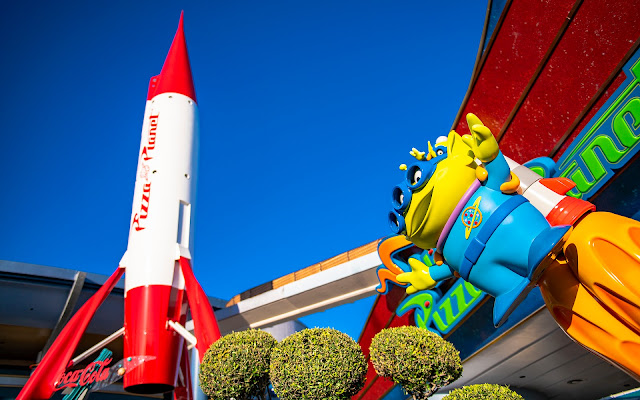 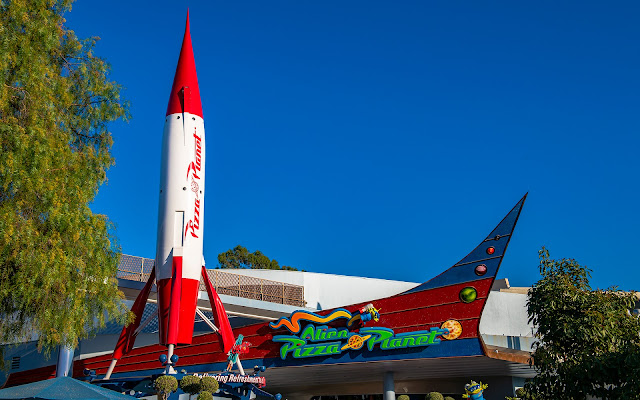