Together Forever: A Fireworks Review

Yesterday marked the start of Pixar Fest, this year's summer promotional endeavor at the Disneyland Resort, and along with it came the newest fireworks show at Disneyland, the Together Forever show.  I had a chance to watch it and photograph it last night, along with several of my photographer friends, and it presented quite an interesting show.

It's most definitely a fireworks show first and castle show second, with a notable amount of pyrotechnics.  In addition, it often varies in the types and brightness of the fireworks being launched, which creates challenges in anticipating when a scene might go from normal to supernova-overly bright.  The show is photogenic, though some of the bursts occur so high in the sky that I can't quite capture them all.  And the projections on the castle are diverse and rapidly moving (almost to the point of excess--pay attention to the fireworks, and you miss what's being projected; pay attention to the projections, and you miss the fireworks). 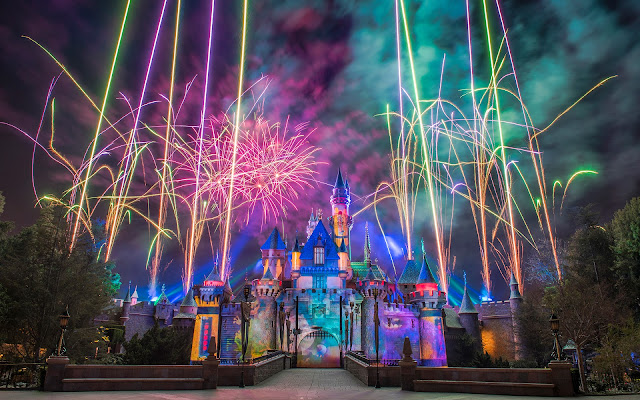 Although Together Forever makes for a nice show to photograph, I unfortunately left the fireworks spectacular feeling non-plussed.  For a Disney fireworks show, it was just... fine.  Don't get me wrong--if this was a fireworks show from any other theme park or source, it would be a tremendously great show.  But Disney fireworks have greater standards, with emotional investment, a generally clear storyline or plot device that ties the segments together, and heart and soul that makes the shows memorable.  Together Forever, however, comes off flat--appearing instead simply as a clip of Pixar's greatest hits, and only that.  From the moment it launches straight into the first scene--a semi-intro into the show, there is no build, no background, no emotional ebb and flow.  It's just "hey, look at these cool Pixar movie characters, and also, they're friends and stuff." 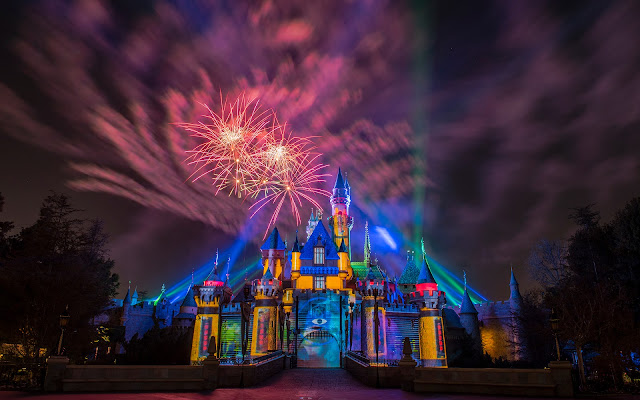 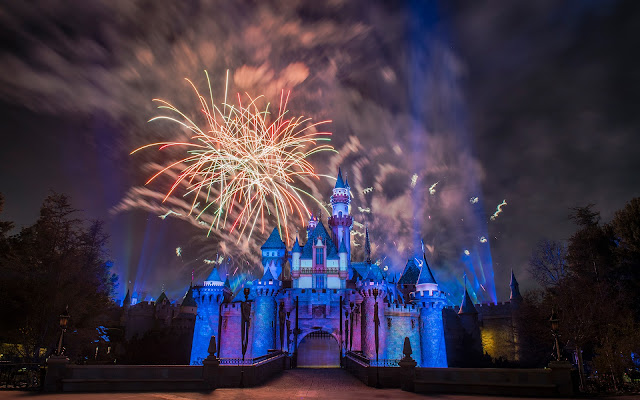 It's a bit surprising, because the source material is great.  Films like Toy Story, Up, Inside Out, Coco, Monsters Inc., Finding Nemo, Wall*E, and The Incredibles all have great emotional resonance and a built-in nostalgia for fans who've grown up on them or have recently fallen in love with them.  And yet, the fireworks show fails to capture that same tug of the heartstrings.  So compared to recent Disneyland fireworks show, this is most definitely a letdown.  And though, again, it's not a bad show by any means, for those regular Disney fans who hold the park to the high standards it has set over the years, the show is... well... just there.  Almost for the sake of being there. 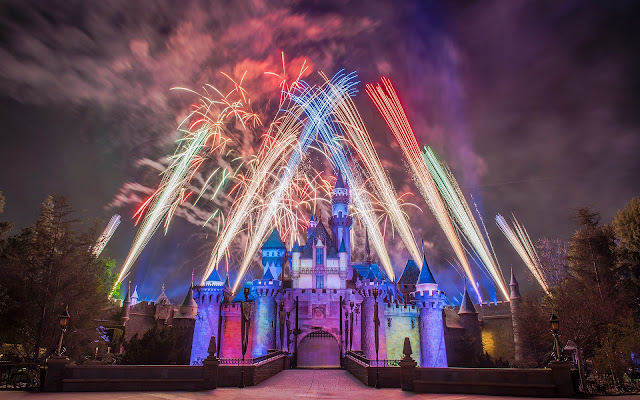 It's a shame, but I suppose not every piece of Disney entertainment can be a rousing success.  Disney fans know that the park has put out its fair share of clunkers in the past, and though this is not exactly to that severity, it's also nothing to write home about.  But at least it does allow for some nice photos, and you can enjoy a few that I've edited on a quick turnaround. 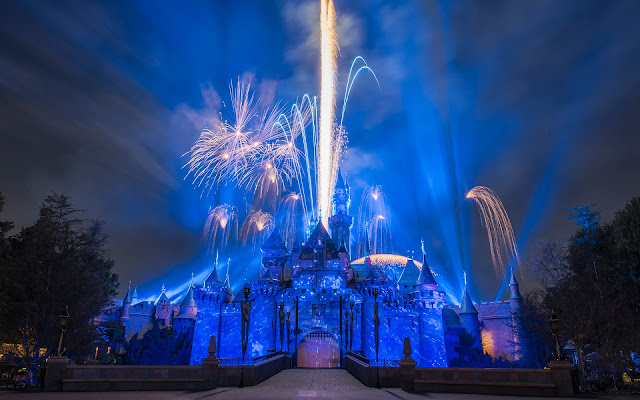 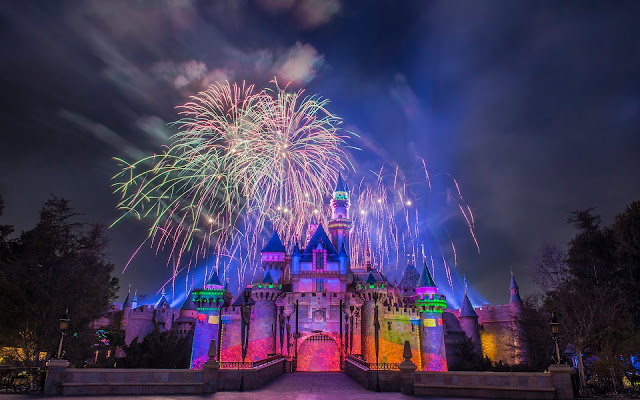 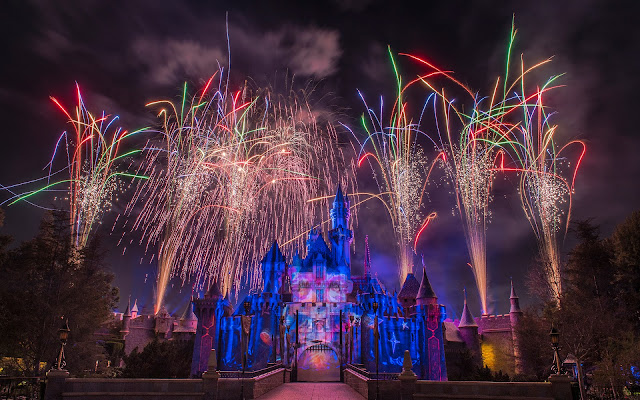 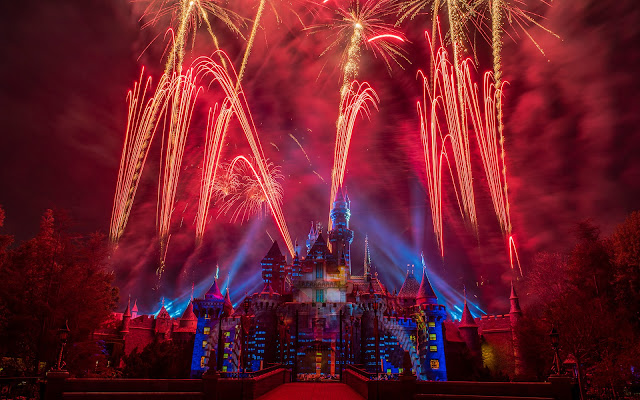 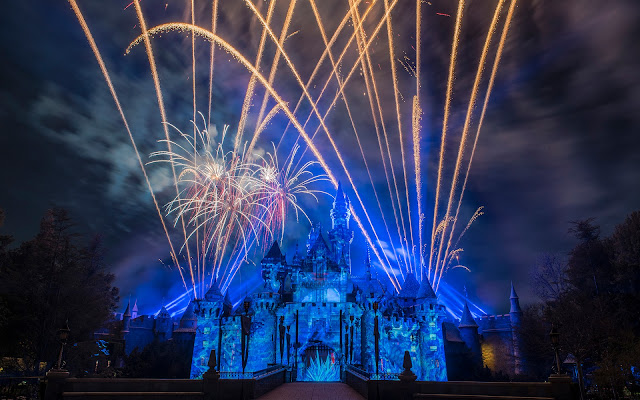 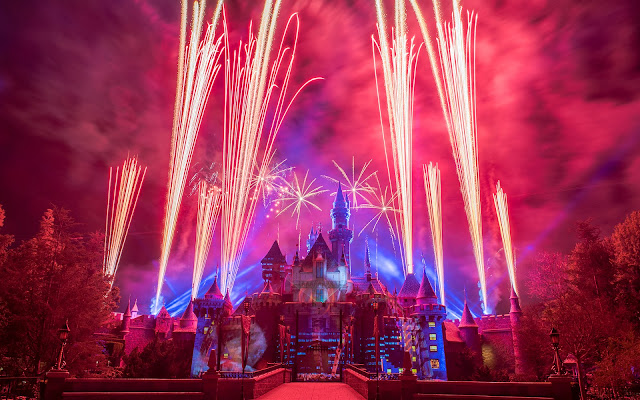 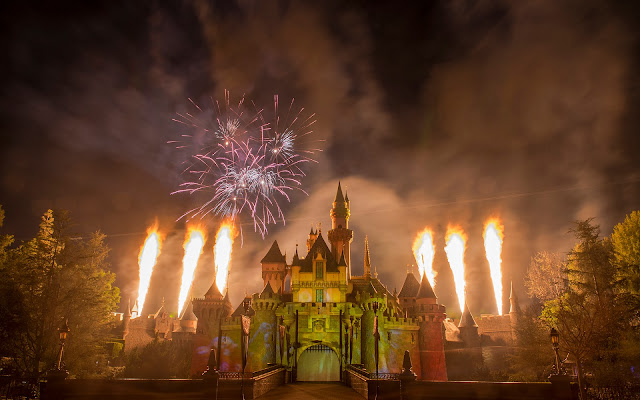 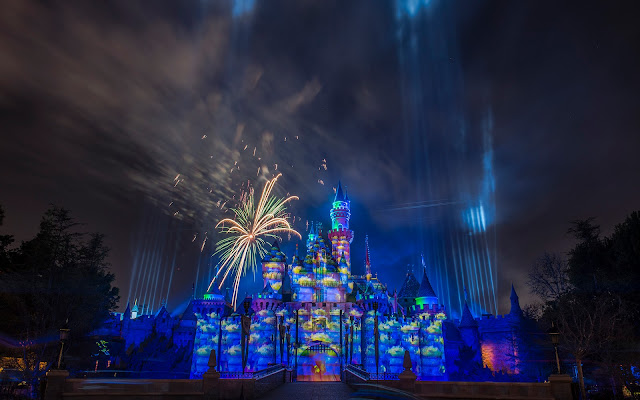 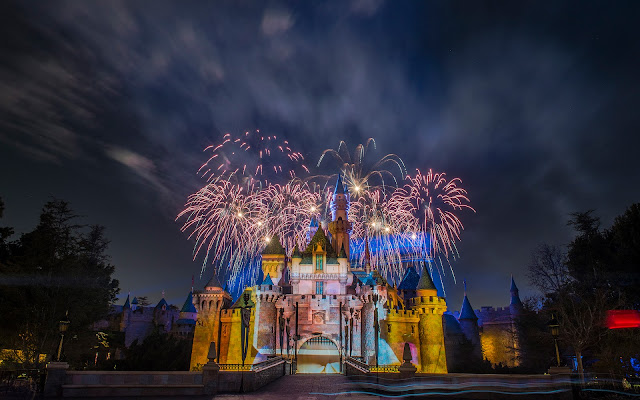 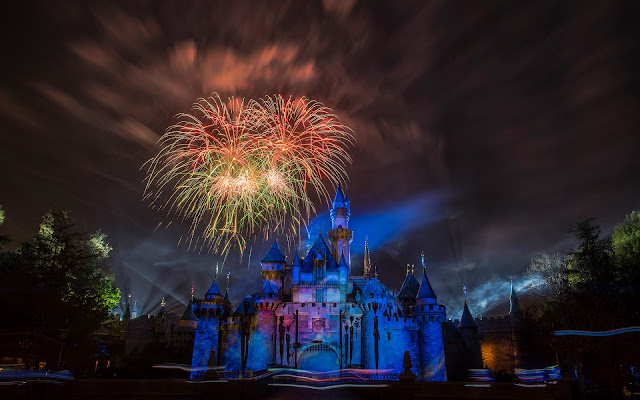 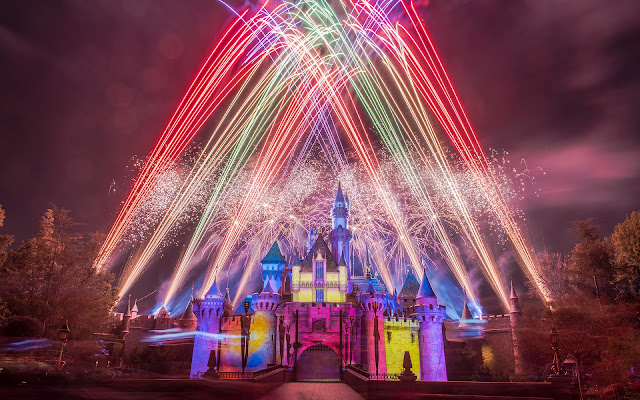 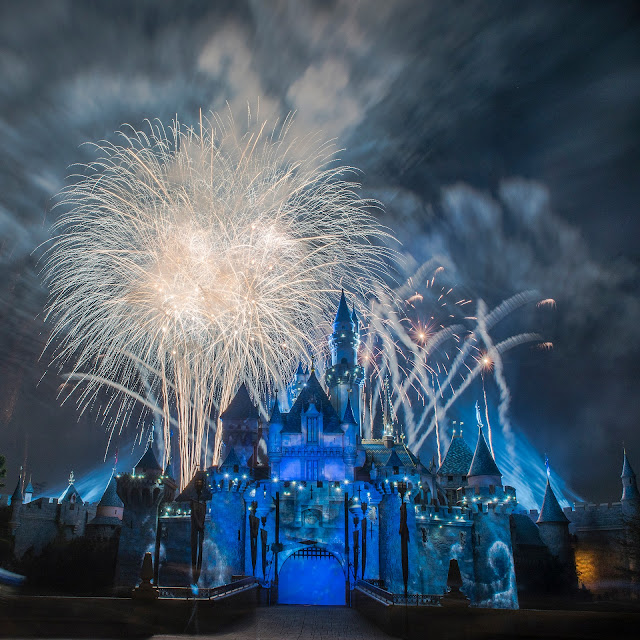