The first time I visited Tokyo Disney Sea in 2015, Aquatopia, its whimsical, trackless water ride located in Port Discovery, was closed for refurbishments.  That was disappointing, since I had been looking forward to riding it.  Fortunately, the ride was open the following year when I visited again, and not only that, I had the good timing to pass by the area during a golden hour on one of the two days I was at the park!

Port Discovery already has a golden color scheme that's kind of evocative of Disneyland Paris's Discoveryland.  In the afternoon sunlight, these hues became even warmer and more nostalgic, glowing in the radiance of the setting sun.  Here are a few snapshots of the scene during this sunset hour.  The low angle illumination certainly enhanced the ambiance in this already beautiful park! 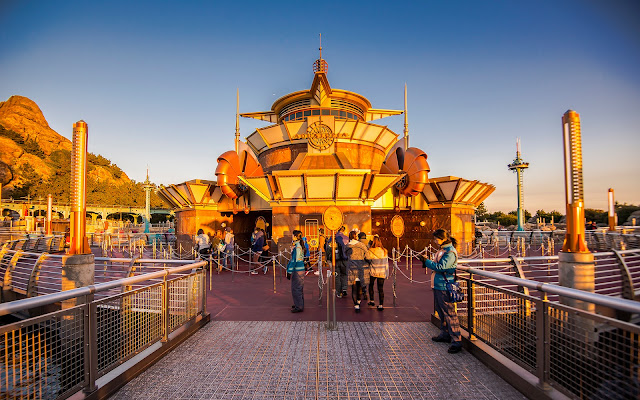 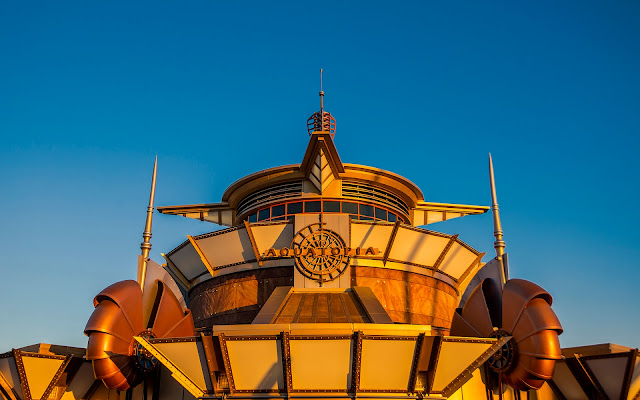 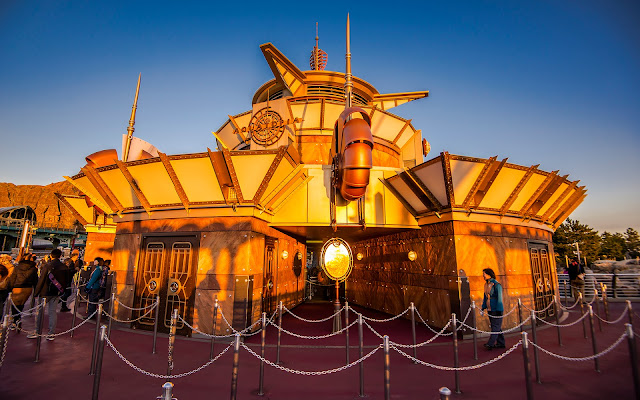 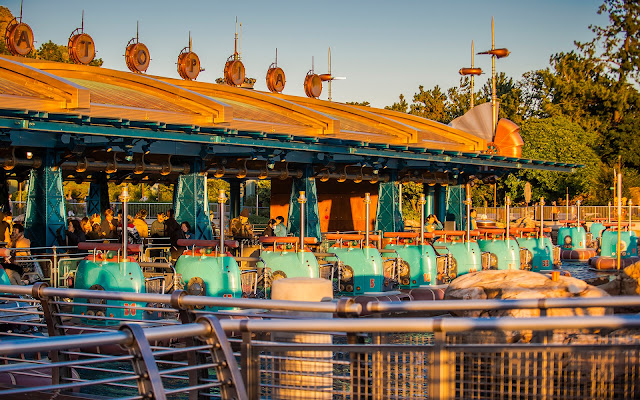