The Redhead and Her Rum

A gun in one hand and a bottle in the other.  That wouldn't be responsible or legal at all in today's society, but back in the pirate days, this was apparently perfectly acceptable.  Such is the evidence presented by the revamped Pirates of the Caribbean ride at Disneyland, where the former Redhead wench has now become Redd the pirate.  Apparently, this means she is as alcohol-obsessed as her male counterparts, and no amount of proper, safe gun practices is going to stop her from getting that firewater elixir! 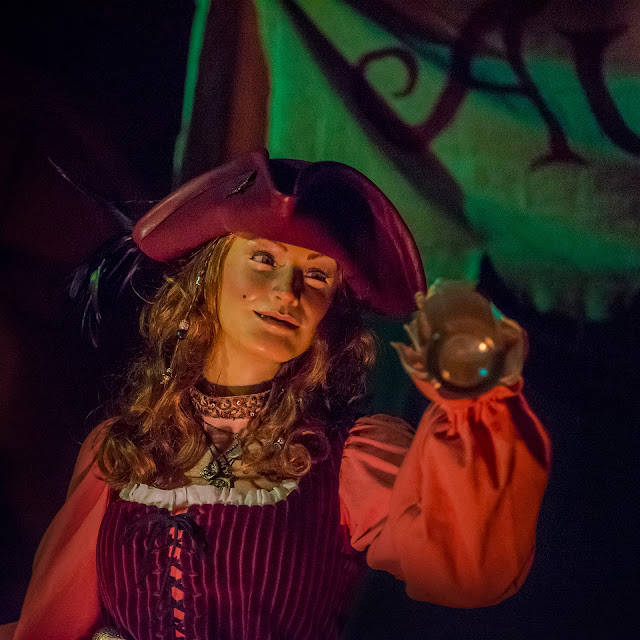