Around Southern California, the temperatures have recently cooled down to around normal after a month and a half of consistently excessive and alternating heat and humidity.  It's been a relief, since we're not quite used to such extended conditions, but the combination made me think about my time Hong Kong, where the latitude affords a pretty decent amount of both throughout the year--even during the winter.  Though my November and December trips were nowhere near as bad as what summer has brought to SoCal this year, my more recent trip brought some relatively warm temperatures.  Nowhere did this feel more appropriately illustrated than the scenes in Adventureland.  The lush jungle setting jived very well with the touch of mugginess and the sunny day, as though we were truly out in the rugged tropical wilderness.  And though walking around did work up a bit of a sweat, at least it was counteracted by the beautiful, lush scenery all around! 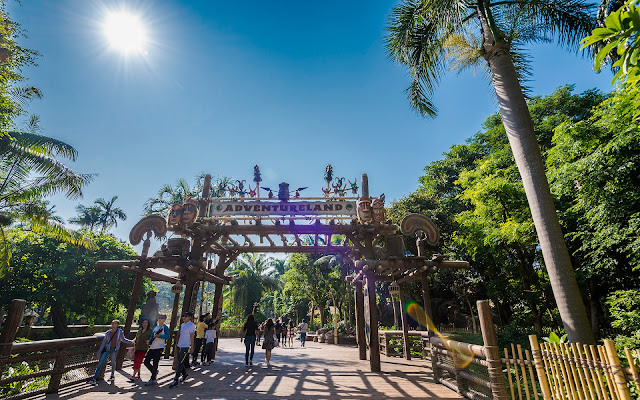 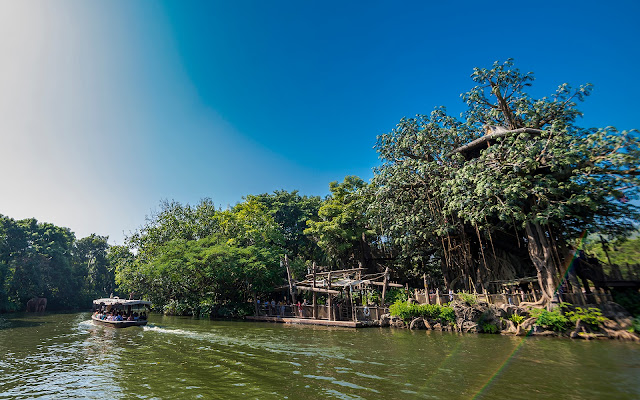 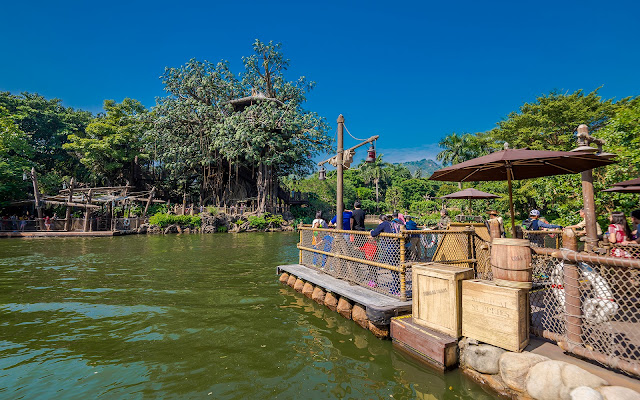