Last month, the Disneyland Resort took another step back toward normal with the return of regular nighttime spectaculars!  While Disneyland retains the majority at this time with the return of the Main Street Electrical Parade and Disneyland Forever, DCA still has the wondrous and spectacular World of Color, which turns twelve this year!  It's kind of hard to believe the show has been dazzling guests at Disney California Adventure for so long, but it has, and it's splashed its way into an anticipated and now traditional part of the California Adventure experience, not unlike how FANTASMIC! is an integral part of Disneyland at night.

Though the show has evolved a bit over the years, one thing that hasn't changed is the colorful and extremely photogenic post-show.  Here are a few shots of the fun fountains doing their things in a kaleidoscope of chromatic saturation! 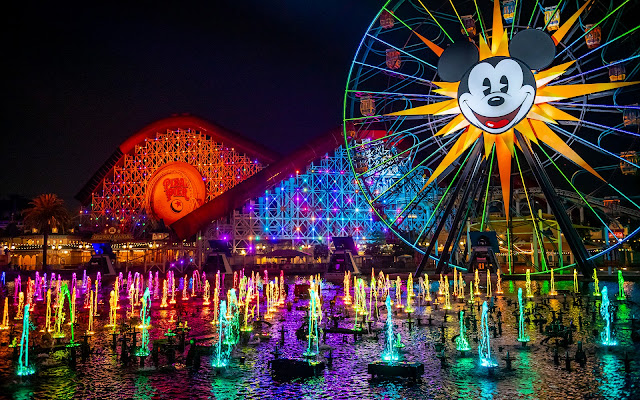 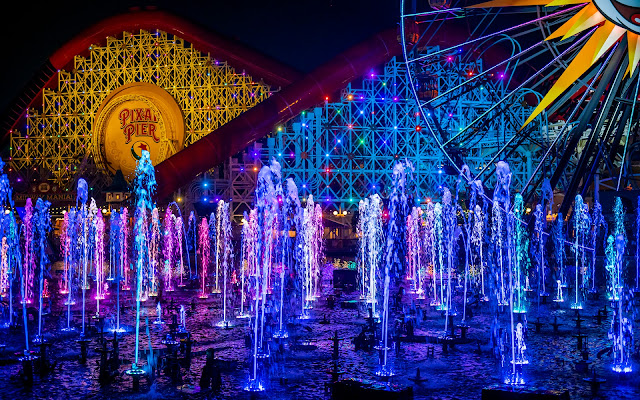 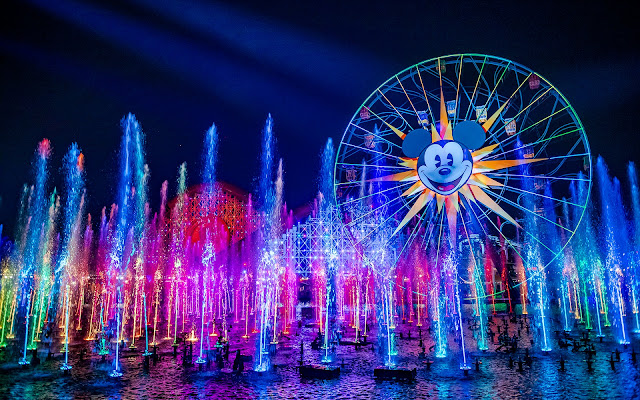 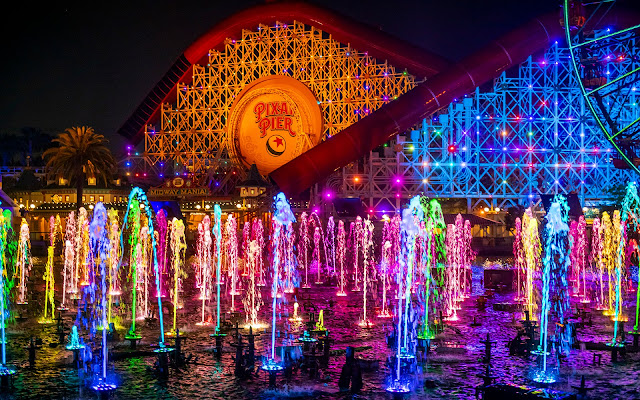