Tokyo Disney Sea's American Waterfront is a sprawling themed port of call with many different districts that have their own character, and among them is a waterside dock that mixes a bit of San Francisco and New York.  It's a nice juxtaposition against Disney California Adventure's Pacific Wharf, because while it also doesn't have any actual rides itself and is mostly home to a quick serve, it's still more spread out and atmospheric than the very condensed Pacific Wharf, which is constrained by DCA's general lack of real estate.  This part of American Waterfront feels like Pacific Wharf if it had received room to breath, and its lovely views across the harbor to Mysterious Island and beyond make for a really nice ambiance.  And when one looks down to the details and theming elements, there are so many beautiful, realistic touches that make this feel very much like a semi-industrial docked--just dressed to look a little prettier than the average one.  It all contributes the park's incredibly strong place-making! 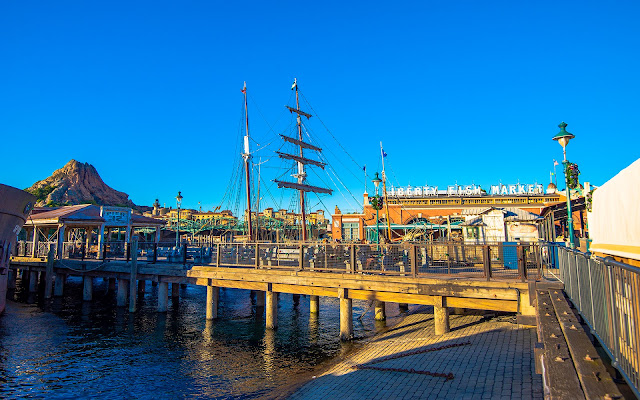 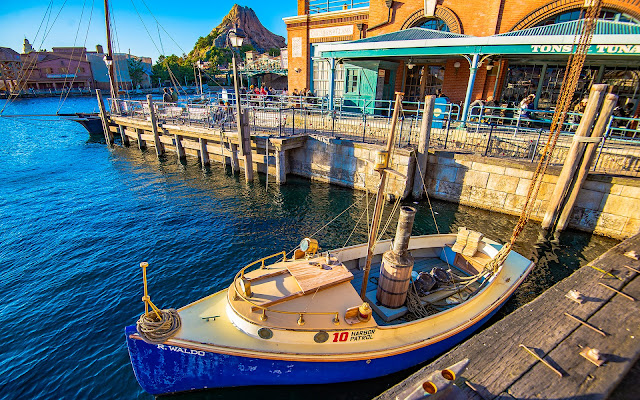 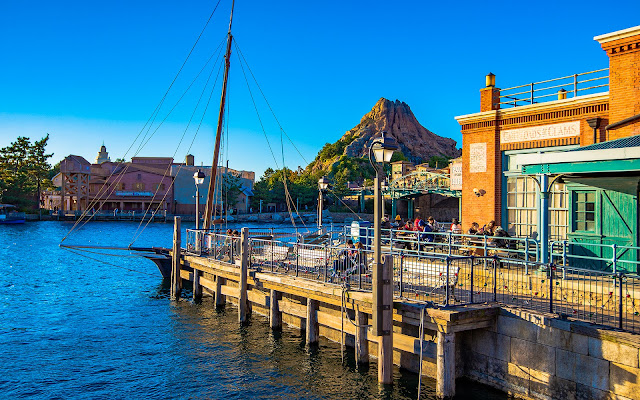