The 50th Anniversary Main Street Electrical Parade hasn't been entirely a recycled grab for nostaglia.  Besides the opening Casey Jr. float including "50 YEARS" with its "DISNEYLAND presents" and "MAIN STREET ELECTRICAL PARADE" lights, the finale has completely repurposed its old Stars and Stripes elongated American flag into a Mary Blair-inspired celebration of new and classic and beloved Disney Characters in the style of It's a Small World!  Led by the Blue Fairy, this float includes familiar faces like Miguel from Coco, Princess Tiana from The Princess and the Frog, Moana, Pocahontas, Raya, Anna and Elsa from Frozen, Aladdin and Jasmine, Hercules, Mowgli from The Jungle Book, and more.  On the sides are new, changing scenes from Disney and Pixar animated films.  And while the fireworks from the old float are still around, the conclusion features a representation of the It's a Small World ride itself, in full Mary Blair style, changing colors and providing a magical tribute to the Fantasyland classic.

The new float is visually stunning, incredibly colorful, and a breath of fresh air to this very veteran nighttime parade spectacular.  In terms of renovating a parade float, Disney did great here! 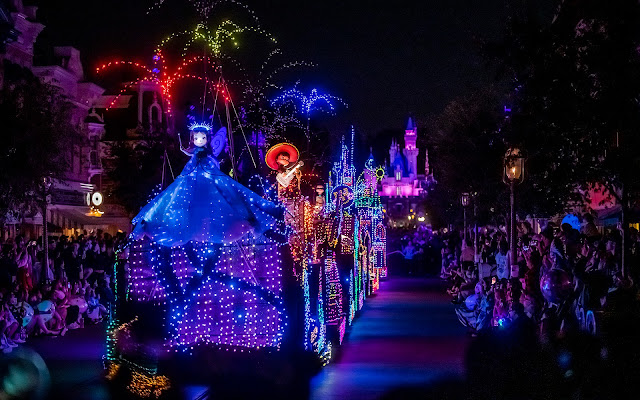 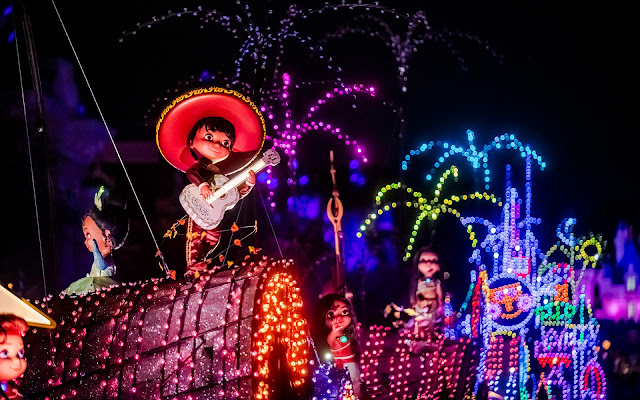 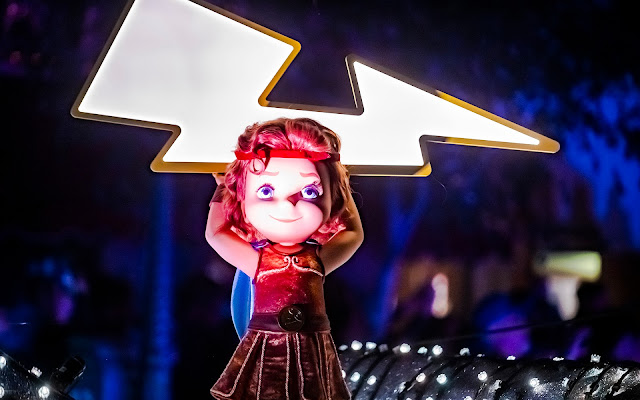 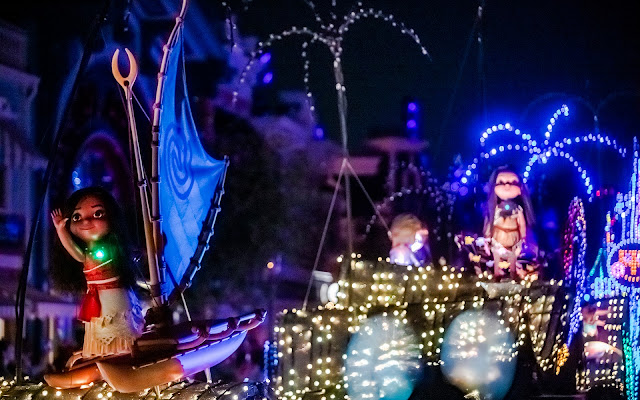 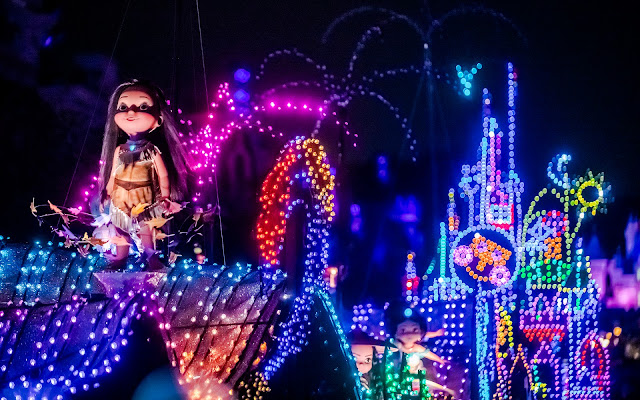 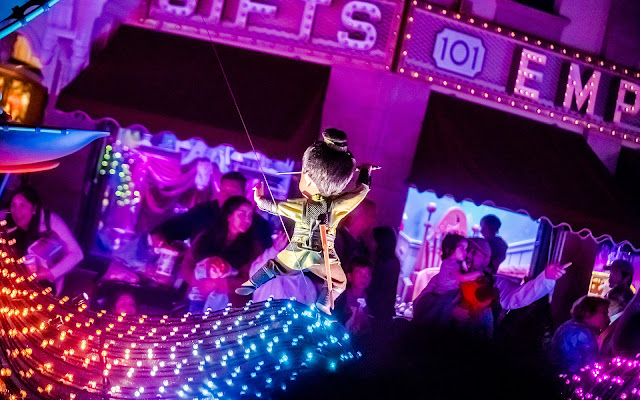 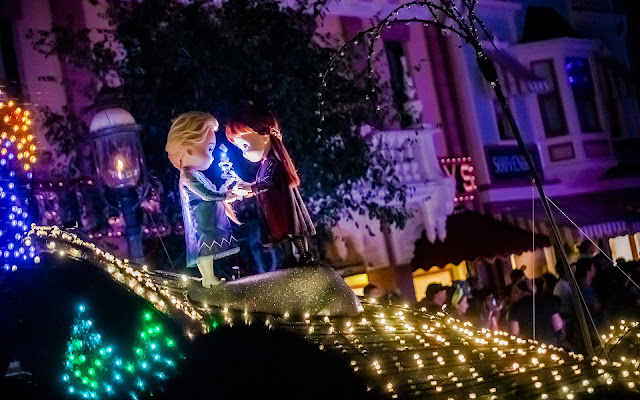 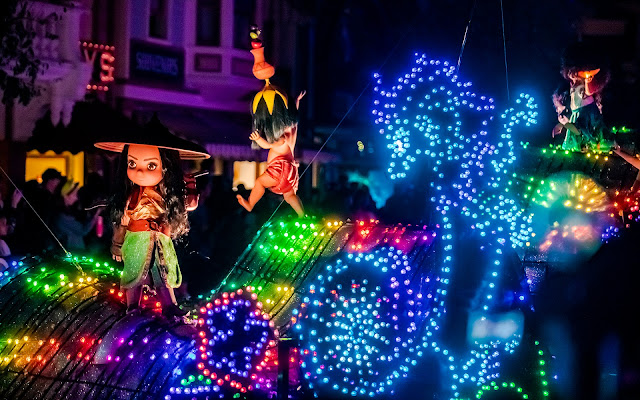 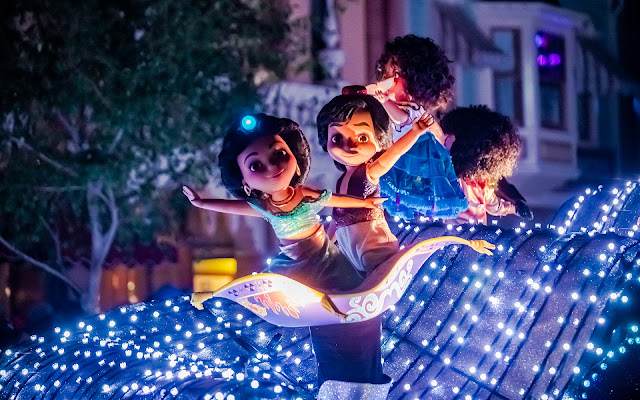 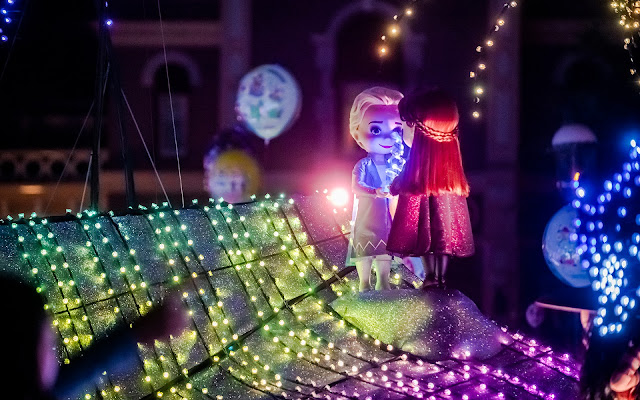 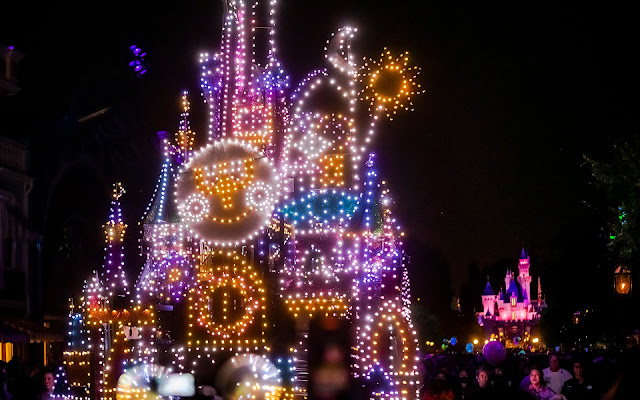 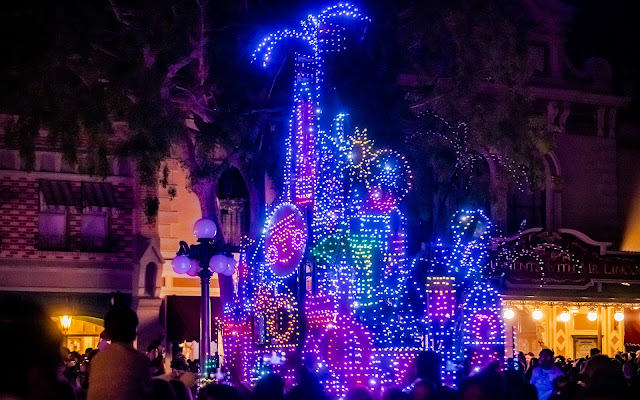