It was about four years ago this time that I took my first and only trip to Walt Disney World.  At that time, my photographic standards weren't quite as scrutinizing as they are now, but I did find a few photos that I felt were nice enough to share.  Walt Disney World's Magic Kingdom was certainly grand and magnificent and ornate enough on its own, but with a Christmas overlay, it looked even more magical.  While Disneyland's Main Street is cozy and familiar, Main Street in Florida has a Victorian grandeur that befits the larger scale Disney World.  Both are fantastic in their own ways.  But walking down the Magic Kingdom Main Street for the first time definitely left me giddy with a childlike excitement. I suppose that's the Disney magic in effect. 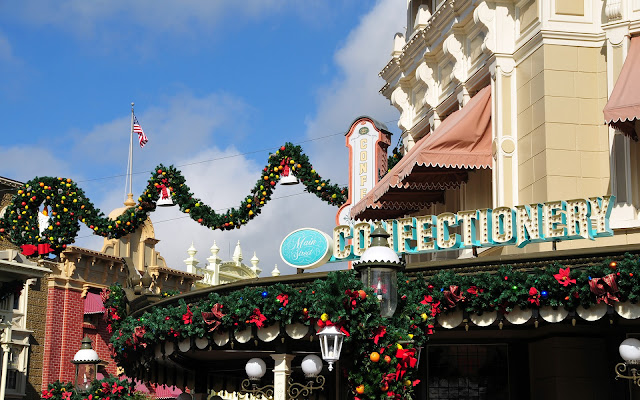 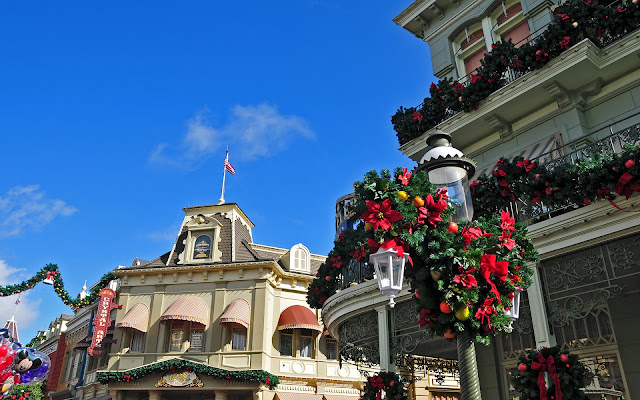 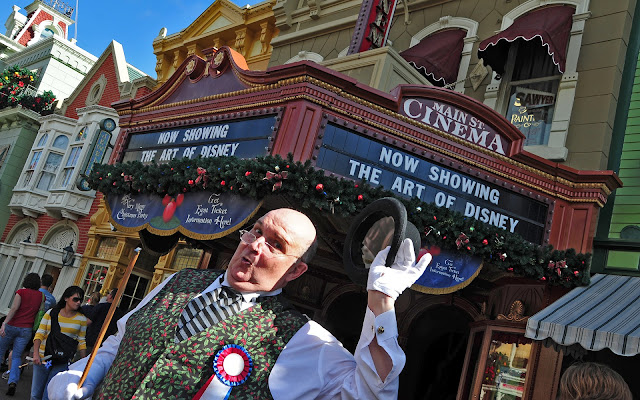