The Chamber of Planets

At Tokyo Disney Sea, Fortress Explorations serves as the Tom Sawyer Island of the park--a sprawling playground with no actual rides but plenty of features and attractions to explore.  But unlike Tom Sawyer Island, which is nestled in the middle of the Rivers of America and relatively tightly-packed, Fortress Explorations is sprawling, with multiple chambers and areas to see, each with its own surprises.

The Chamber of Planets is one of my favorite spaces here.  This room is like being transported back to the Galilean era of science, as the study of the stars was beginning to widely move beyond the Earth-centric model and understand more about the greater cosmos.  This space is breath-taking and relaxing at the same time... often sparsely populated, but full of beautiful angles and real rotating model of the solar system that guests can crank around.

It's one of the many little treasures that I love about the most beautiful theme park in the world! 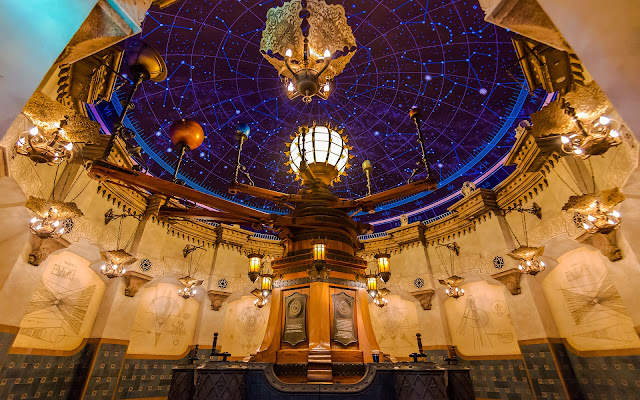 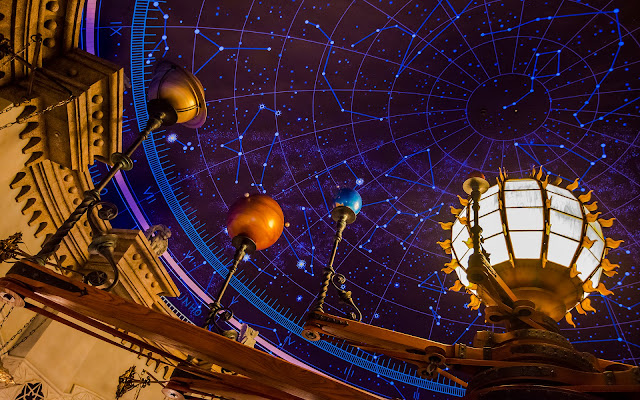 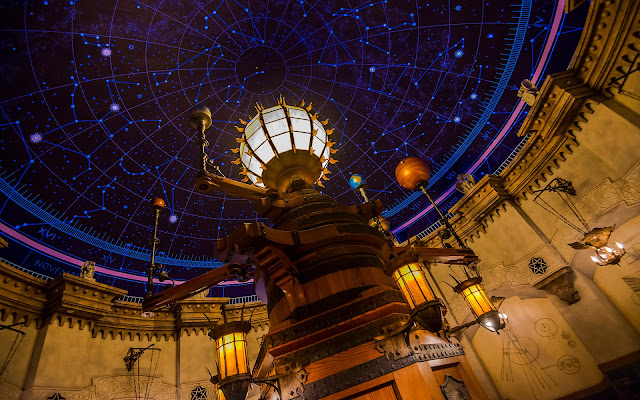 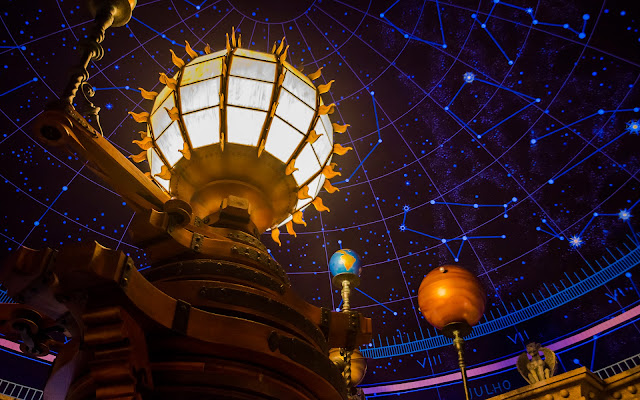