One of the best aspects of Star Wars: Galaxy's Edge is that it finally brings California Disney park-goers with large scale Tokyo Disney Sea level quality.  That's not to say that Disneyland and Disney California Adventure haven't seen Disney Sea caliber additions before--Cars Land at DCA is exceedingly charming, and its Ornament Valley is especially spectacular.  But the level of immersion and detail that is almost routine at Tokyo Disney Sea has never been executed to the extent that it has at Galaxy's Edge.  Just about every aspect of this land is transportive, and one of the best ways this is exemplified is at Batuu's main dining hub, Docking Bay 7 Food & Cargo.

It may be a surprise when I say a restaurant exemplifies the TDS-level immersion of "Star Wars Land," given the incredible spires, the impact of the Millennium Falcon plaza area, the charm and intimacy of the Marketplace, and more.  A restaurant's just a restaurant.  These other places are incredible place-making efforts.  But that's the point.  Docking Bay 7 is a quick serve restaurant that ordinarily would not receive significant design attention beyond set dressing and decorations.  But in Batuu, everything reinforces the story, and so, Docking Bay 7 is more than just a diner.  It's a cavernous hub of supplies and sustenance built to support a space colony on a planet at the edge of Wild Space.  From the massive suspended cargo bins to the weighty stone walls to the assortment of lighting fixtures and even various examples of seafood and nourishment strung up for drying and processing, every bit of Docking Bay 7 has as much theming as the rest of the land.  Enjoying the ambiance and interiors of this space brings the same joy as being inside the queue for Millennium Falcon: Smuggler's Run.  The same effort has been wrought into bringing these spaces to storyline life as more high profile locales, and that's the caliber of focus that Tokyo Disney Sea has, well, everywhere.

So it goes without saying that I'm thrilled that Galaxy's Edge has brought this upsmanship to Walt's Original Magic Kingdom.  Oh, and the food?  It's pretty delicious.  But that'll be a post for another day!  For now, enjoy this little photo tour! 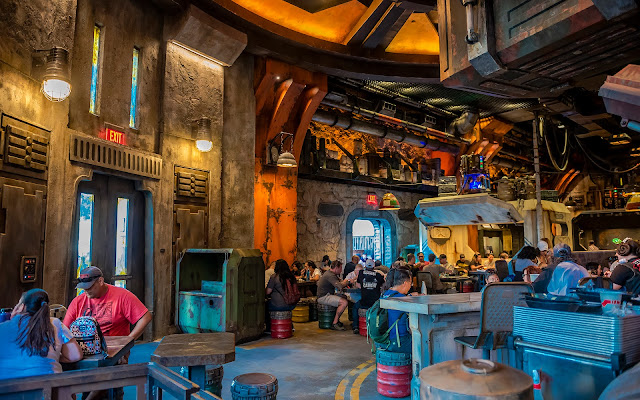 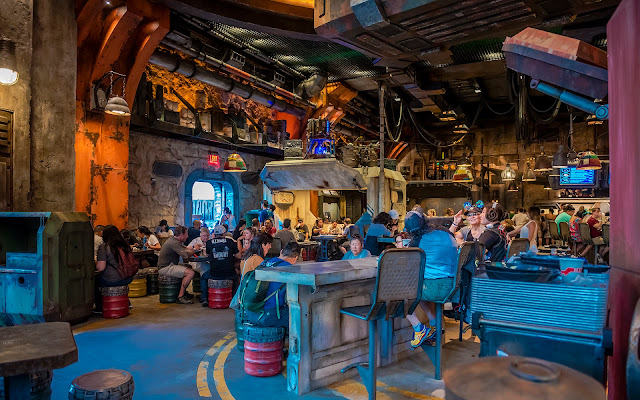 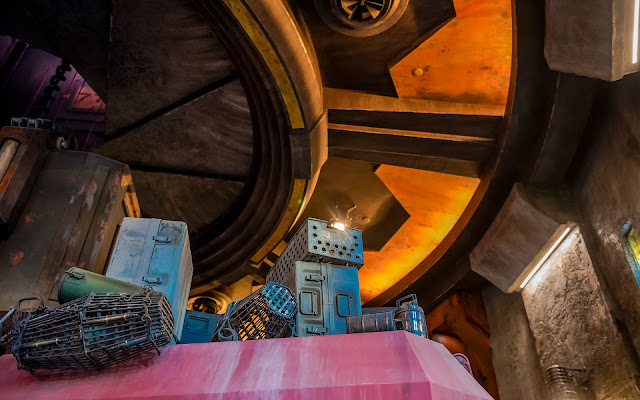 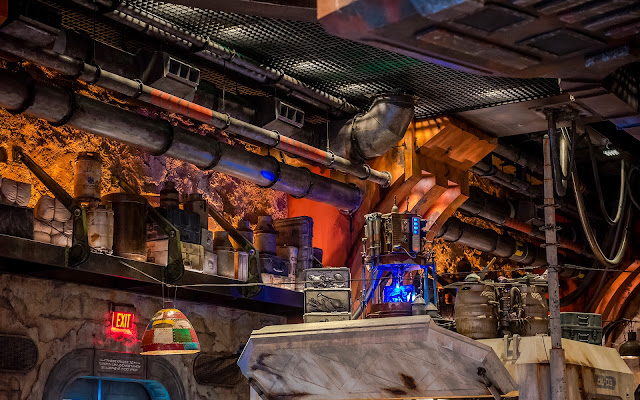 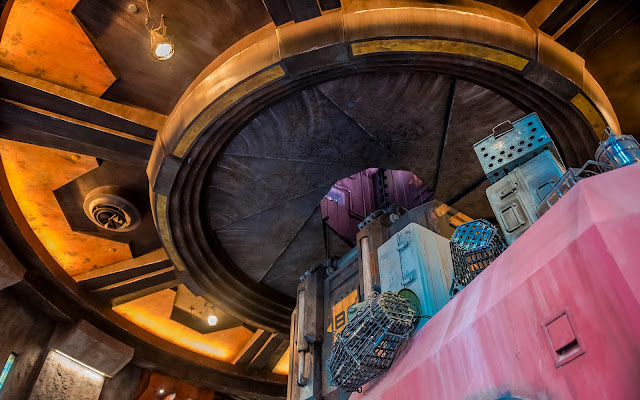 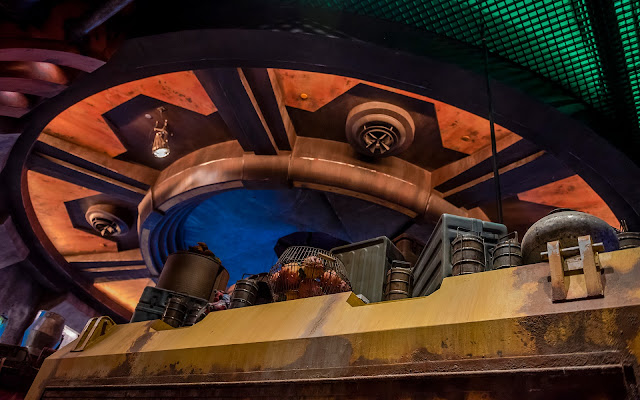 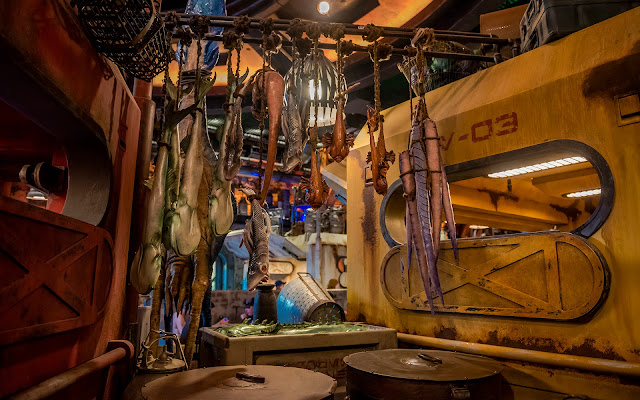 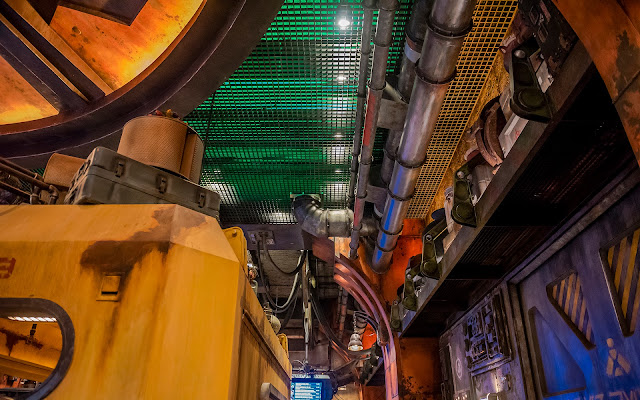 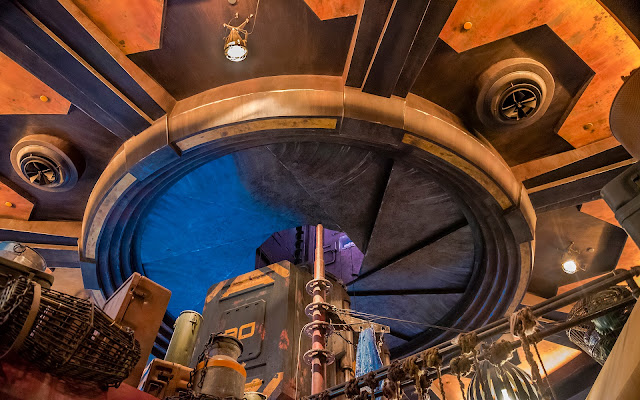 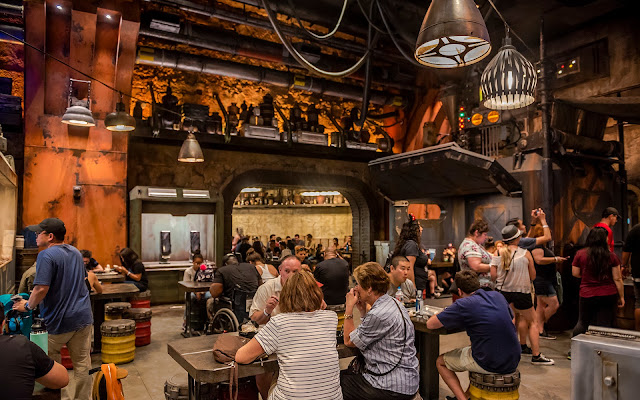 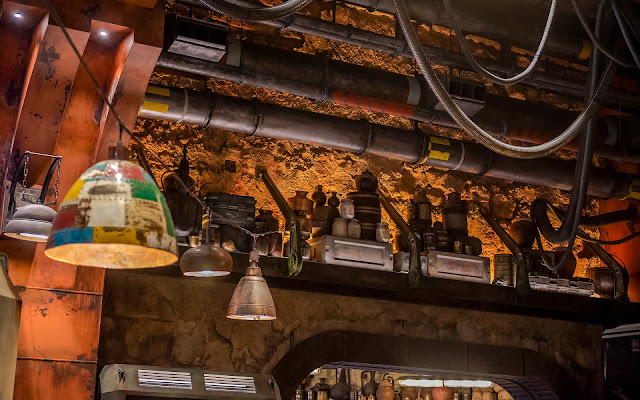 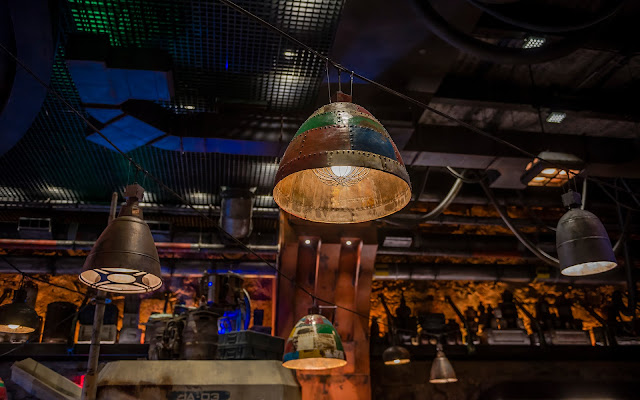 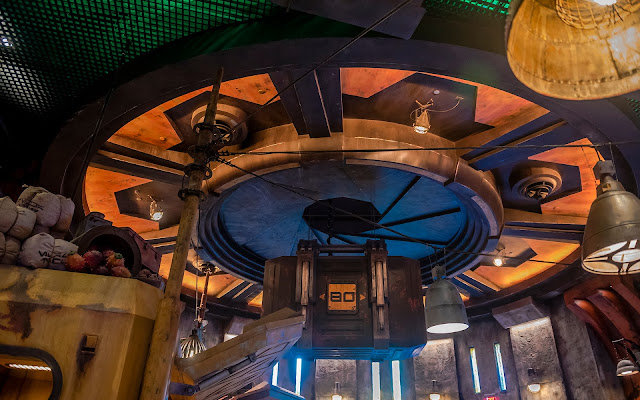 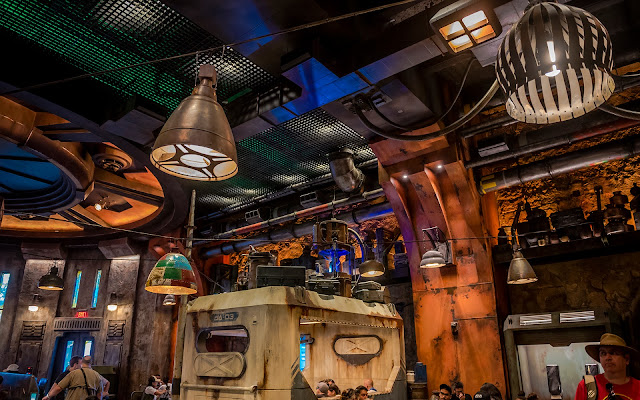 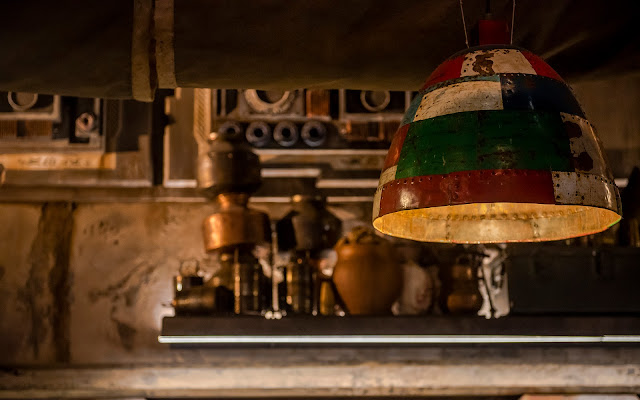 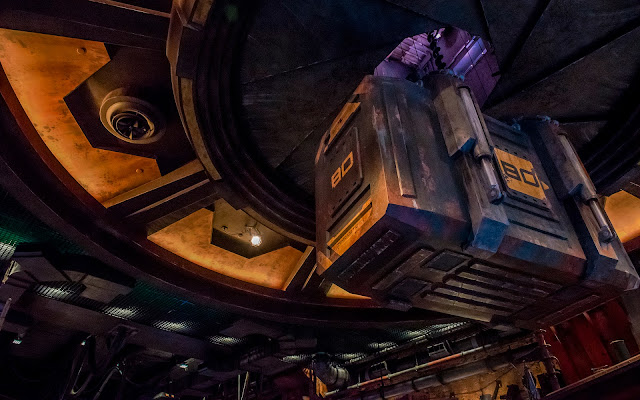 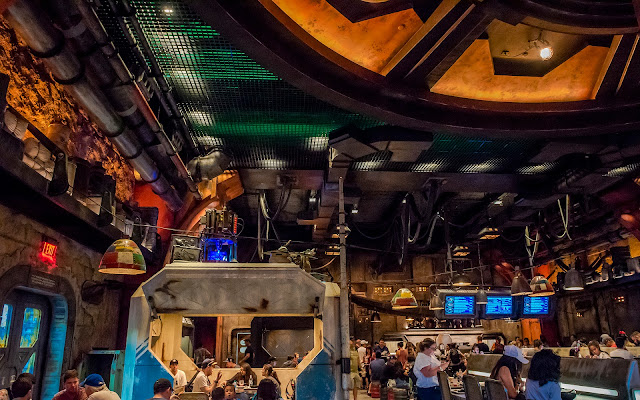 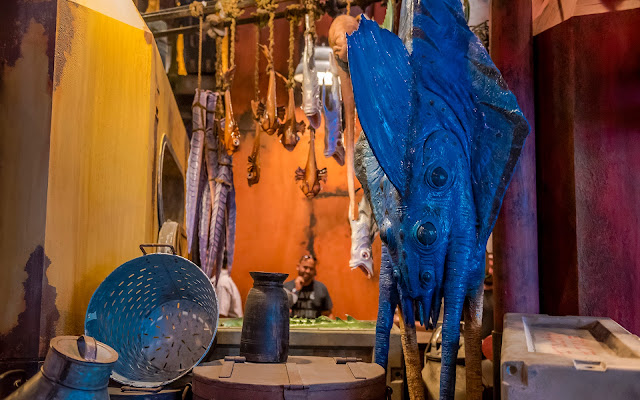 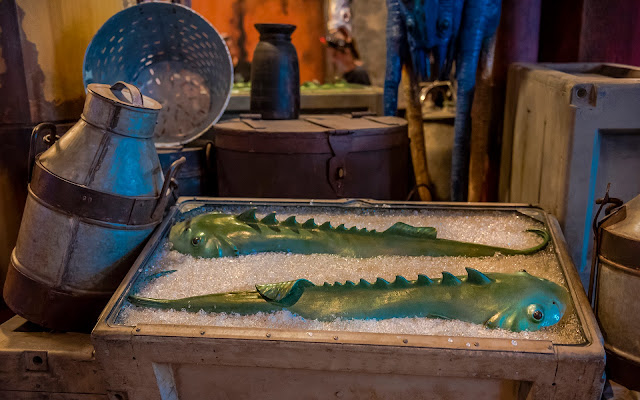 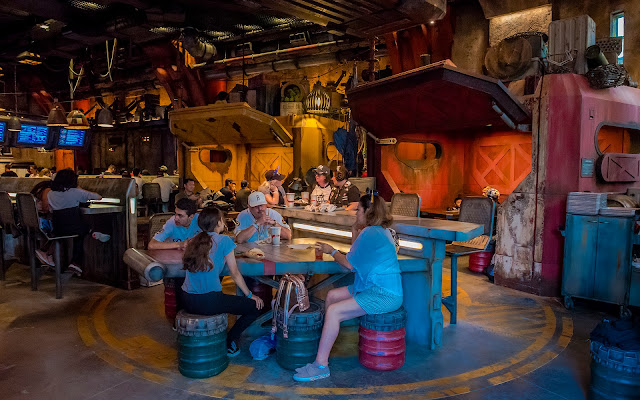