When Star Wars: Galaxy's Edge was first announced, one of the attractions that most intrigued me was the Merchant Row marketplace area that promised a series of small shops, similar to the souks of the middle east, spread on either side of a winding pathway.  Back then, the connotation seemed to parallel the vibe in Tokyo Disney Sea's Arabian Coast, in which the winding paths of an Agrabah-like land created these intimate corridors and enveloping outdoor spaces.

As it turns out, the Imagineers didn't design the Batuu marketplace off of Tokyo Disney Sea.  Instead, they visited city centers in Turkey and Marrakesh to draw inspiration and texture for their designs.  And given that I just visited Morocco last November and December, I became even more excited to see how this would translate over at Galaxy's Edge.

Well, the answer, in short, is spectacularly.  Though the marketplace area is relatively short, it very much does evoke that Middle Eastern ambiance, with a multitude of hanging lamps, overhead drapery, and intricate trellised patterns filtering light as it passes to the ground.  Much like a medina, the stores are individual and small scaled, different from the modern Disney park trend of designing multiple stores to interconnect with each other if they're in a row.  The sandy textures and gritty piping and conduits call to mind a civilization that has overlain technological development over its old world charm, and especially at night, the colors and environment are stunningly delightful.

Merchant Row at the Black Spire Outpost is an attraction just in itself.  It's Disney placemaking at its absolute pinnacle, and it's an absolute joy to photograph! 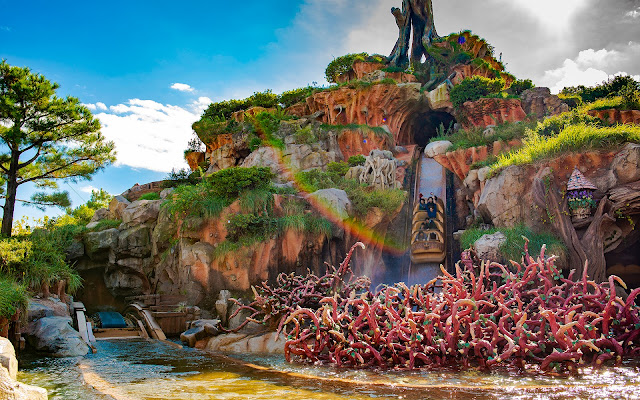