Welcome to the final part of our closer look at the new Magic Happens parade at Disneyland Park!  Today, we run through the finale segment of the parade, which is actually composed of several parts and multiple floats.  This makes it longer than the other segments, and one might argue that the finale is actually several segments in and of itself, but I consider it one because the entire soundtrack switches to a different theme, and the featured characters share the commonality of hailing from Disney's classic animated features portfolio. 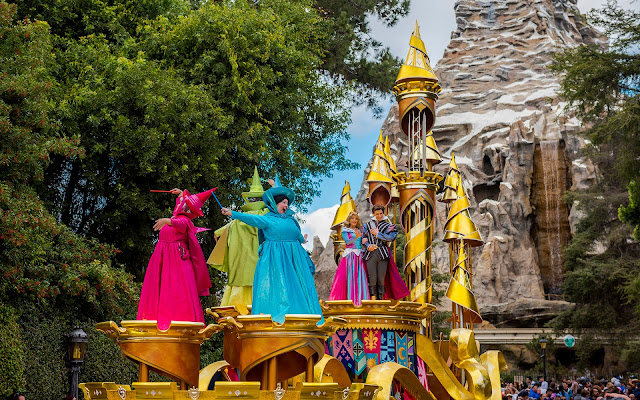 From the start of the parade through the end of the Frozen 2 portion, the music sticks with the "Magic Happens" theme, interspersed with snippets of a prominent song from each movie.  But after Anna and Elsa and Kristoff pass, the music takes a rather abrupt switch to a different song, "If You Just Believe," which also adopts the "Magic Happens" opening refrains.  This coincides with the arrival of iconic Disney characters like Peter Pan, Tinker Bell, Fairy Godmother, Aladdin, Genie, Pinocchio, and the Blue Fairy. 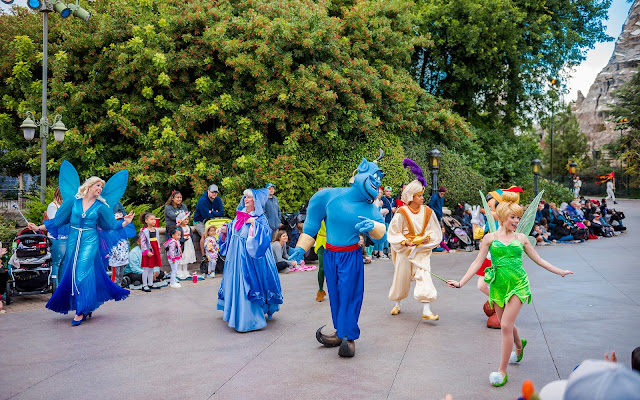 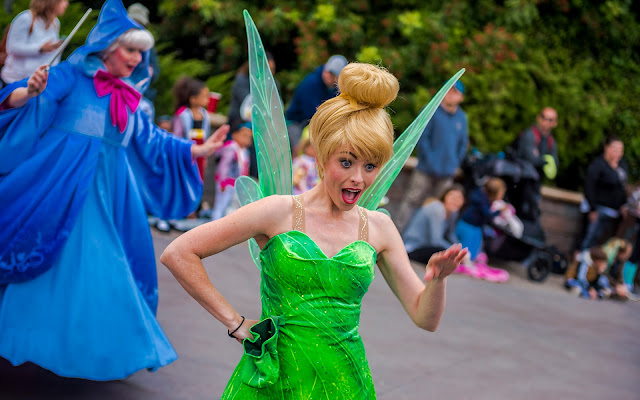 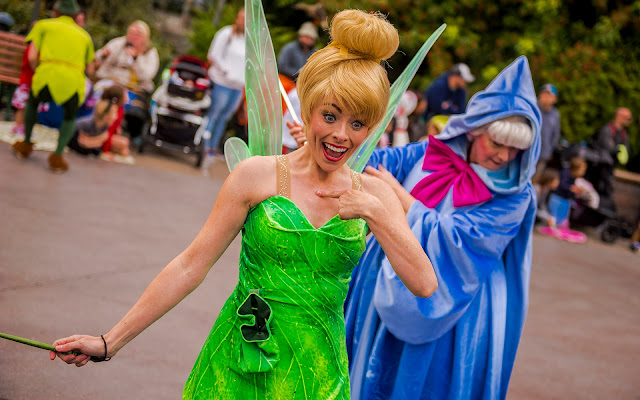 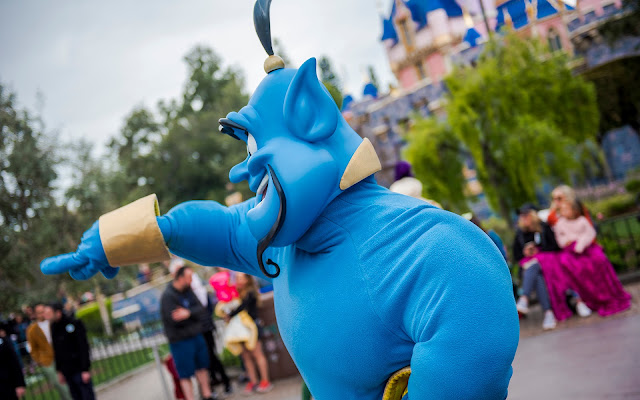 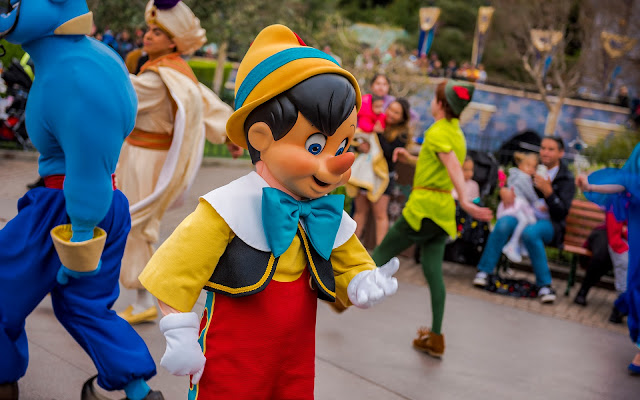 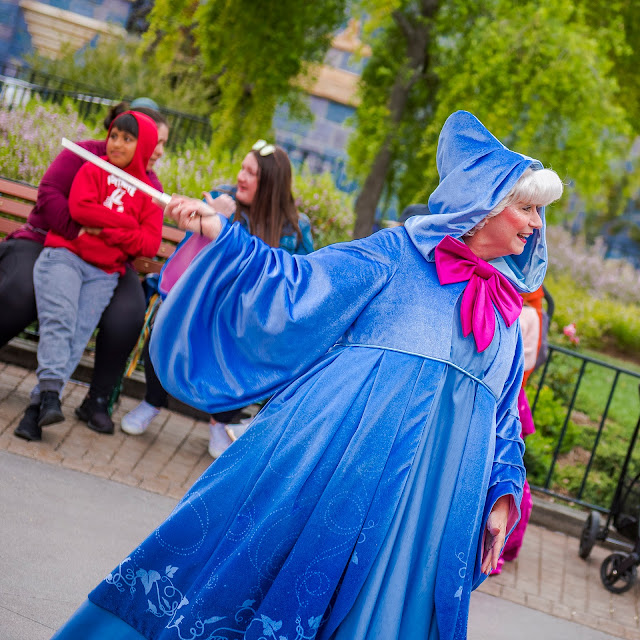 It's a bookend of sorts.  The parade starts with Mickey and Friends but then dives into "new stories" featuring more recently released movies, but everything concludes with characters that multiple generations of Disney fans know and love. 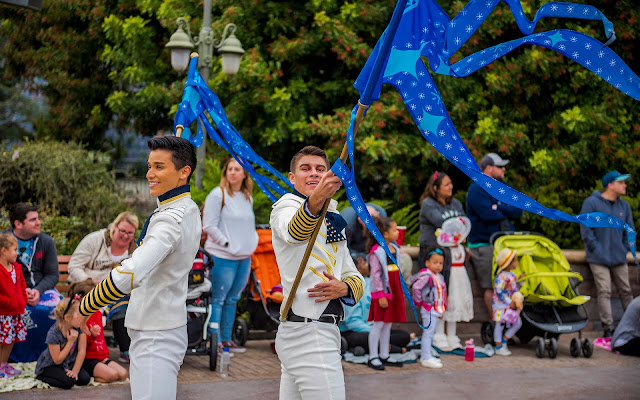 After a pair of flag bears twirl on by, it's onto the royalty section--three smaller floats, each featuring a regal member of a Disney film.  Cinderella rides by first.  The natural choice and included in pretty much every Disney Parade, Cinderella is featured in a gorgeous pumpkin carriage that looks elegant and fragile and like a wondrous work of art.  The articulation of the swirls and foliage give the float a porcelain ornament feel.  It just looks like fine craft! 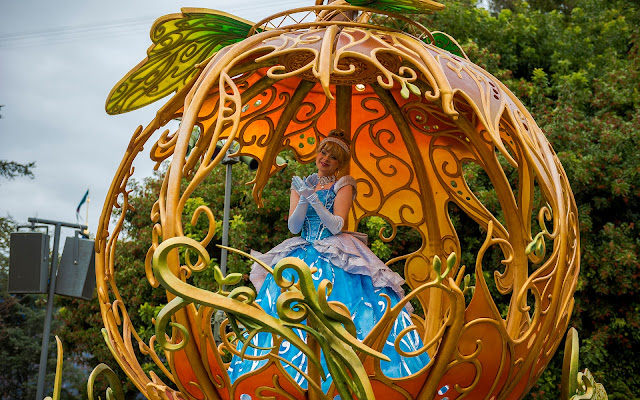 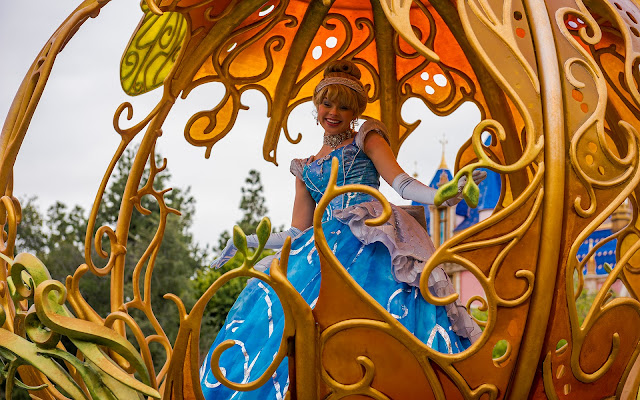 Cinderella is followed by a float devoted to The Sword in the Stone.  This is a pretty big surprise, because while somewhat of a cult Disney hit, it has rarely been featured in Disney park entertainment.  On this Gothic set, Merlin and Arthur recreate segments from the movie.  Arthur pulls out Excalibur, while Merlin deigns to cast spells and dance up a riotous and crowd-pleasing jig.  The wizard steals the show in this parade with his infectious and charmingly odd mannerisms and enthusiasm.  Elsewhere on the float, Archimedes the Owl can be seen perched on rock, and two squirrels representing when Merlin and Arthur briefly turned into squirrels in the movie add a nice easter egg. 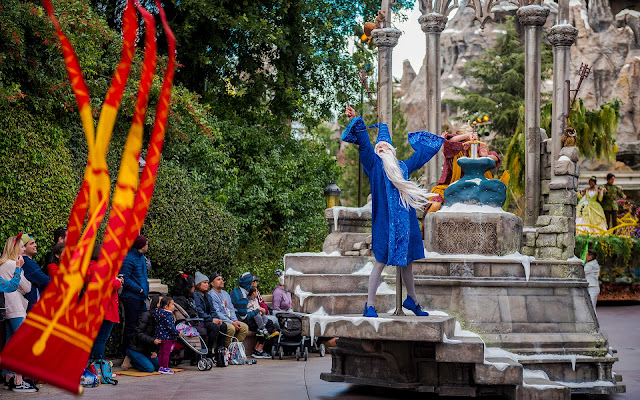 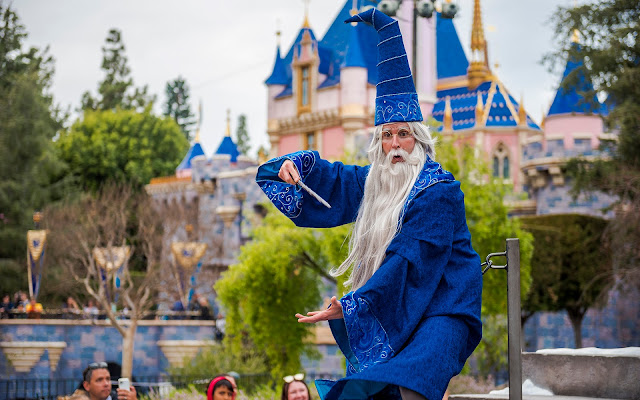 The scene goes from classic to bayou as Princess Tiana and Prince Naveen ride by on a gorgeous float from The Princess and the Frog.  Standing in front of a draping mangrove tree, surrounded by a flowery golden swirl, spinning around them, representing the glow of fireflies, the New Orleans pair have the most beautifully naturalistic float in the parade.  The additional flowers and foliage complete the vibrant and lush parade float, making it the dreamy and romantic. 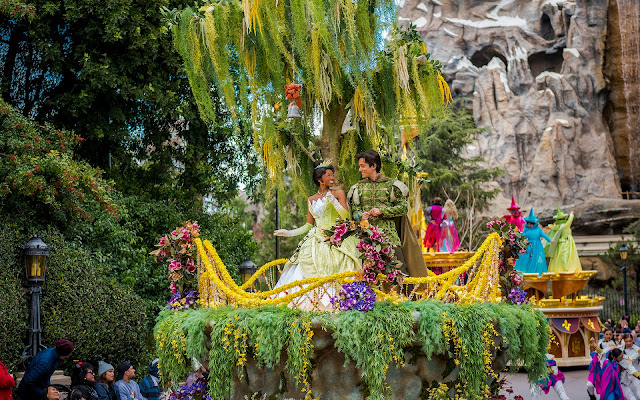 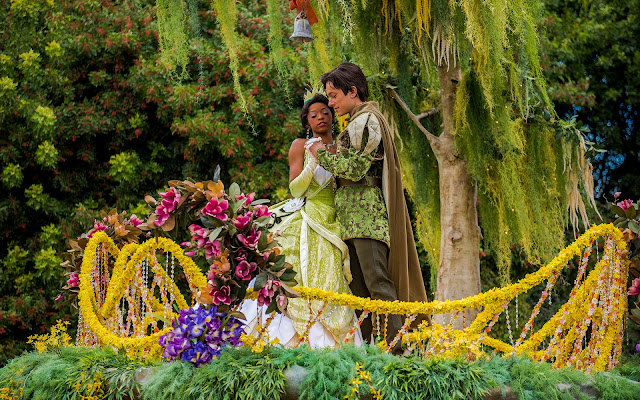 Finally, Sleeping Beauty heads up the ninth and final float of Magic Happens.  This one is larger and more complex, on par with the Moana, Coco, and Frozen 2 series from earlier in the procession.  On this float, the three fairies--Flora, Fauna, and Merryweather--stand on rotating pedestals that give everyone clear views of each as they slowly spin around.  They greet the crowd and cast their spells, all while Aurora and Prince Phillip look on in amusement.

The royal couple stand arm in arm, looking very much in love, and at one point, Phillip even dramatically dips Aurora into a tight embrace.  Behind them, golden spires representing Aurora's castle create a somewhat steampunk, definitely abstract rendering.  The float is a little different, but it represents Magic Happens' intentional shift to a more modern and diverse iteration of a Disney parade. 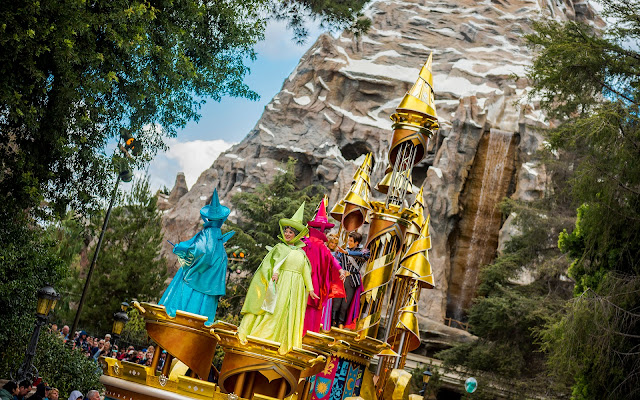 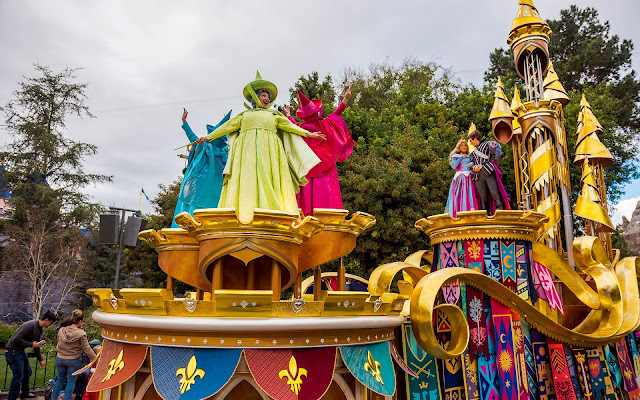 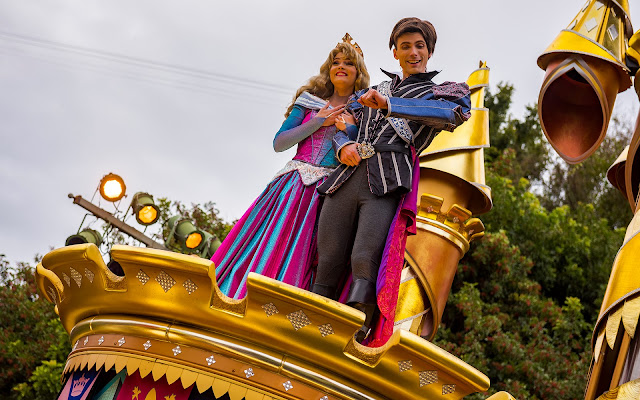 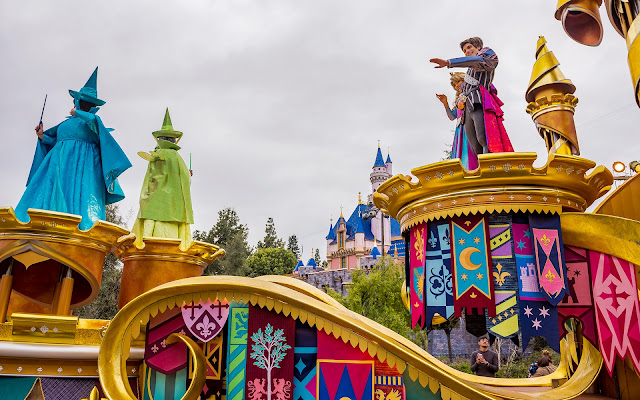 All in all, though a little shorter than most park parades, Magic Happens is a stunning achievement in artistic design and creative choreography.  With a unique focus on the dancers, a catchy soundtrack, and a nice mix of old and new favorites, this parade is sure to entertain the masses for years to come.  And who knows, they might even add floats as each season turns around.  It is definitely a quality parade, and the amount of thought that's been put in is inspiring and uplifting.  If you haven't seen it yet, take a visit to Disneyland and check it out!
Email Post
Labels: Disneyland Disneyland Resort Fantasyland Magic Happens Matterhorn non-HDR parade