We're continuing with our in-depth features on the new Disneyland parade, Magic Happens.  Today, we look at the second segment of the spectacular, featuring the 2016 hit, Moana.  Comprised of two floats, dancers, percussionists, puppeteers, and even a roving Hei Hei, the second part of the parade features the full assortment of tools employed at Magic Happens.  Lets take a closer look!

Similar to the opening number, the Moana segment features dancers leading the charge.  Here, they represent the ocean waves rippling in front of Moana's seafaring craft.  The performers take on Pacific Island-inspired dances and swing ribbons to represent the rushing, water flow of the open waves, leading the way in advance of the Polynesian princess. 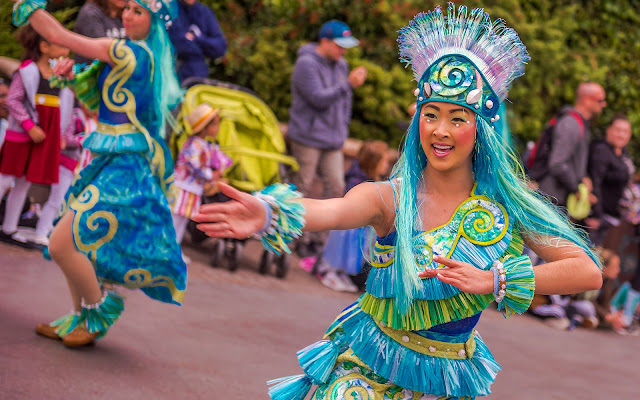 Moana's float is an absolute work of art.  Drawing from the koa wood carving aesthetic, the float showcases Moana's sailboat crashing over the waves.  Curved LED screens inlaid on the back and sides of the wooden crests project scenes of marine life, and if you look closely, you might even spot a few cameos from characters of other oceanic Disney movies like Finding Nemo! 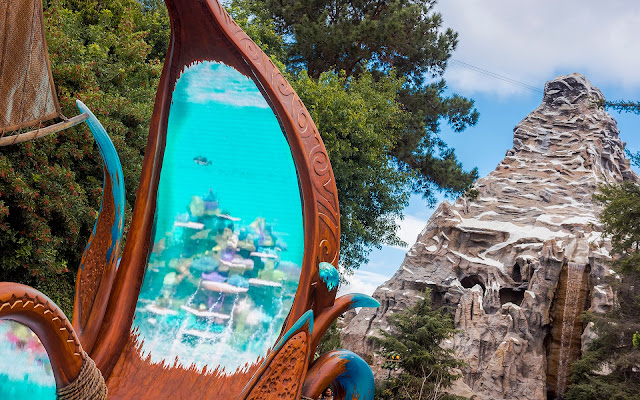 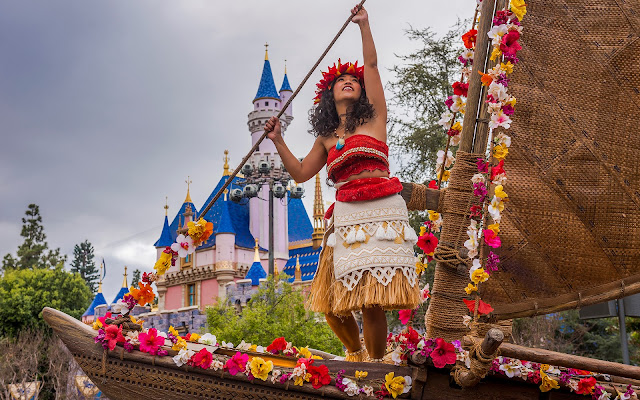 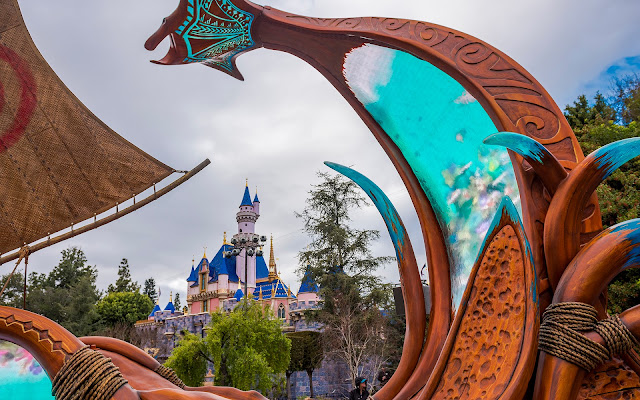 The mood turns tribal as the feared yet adorable Kakamora savages pursue Moana.  "Puppetted" by more dancers, they're also joined by a Polynesian drummer, energetically pounding on his instruments aboard a Polynesian catamaran.  The energy pulses with the rhythm of the seas, but it's all a set-up for who comes next... 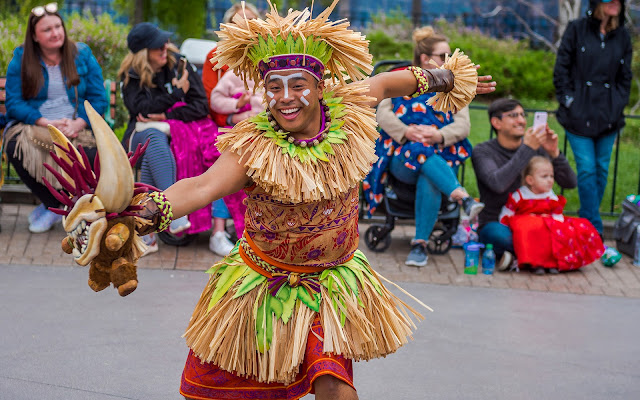 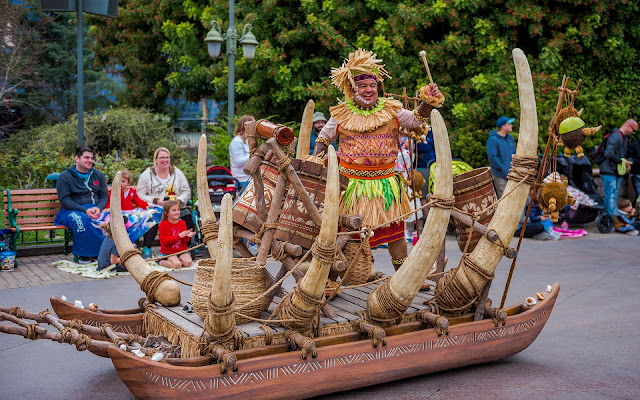 It's Maui!  The famed demi-god brings up the final part of the Moana series, standing on a bed of hardened black lava rock.  Moana's pet pig, Pua, stands proudly in front, while Maui poses and flexes and generally shows off his prowess.  Behind him, a lush, tropical paradise scene drapes the back of the float, with airy palms and colorful island blooms create a beautiful bed for Maui's mighty fishhook.  From any angle, this float is gorgeous and spectacular! 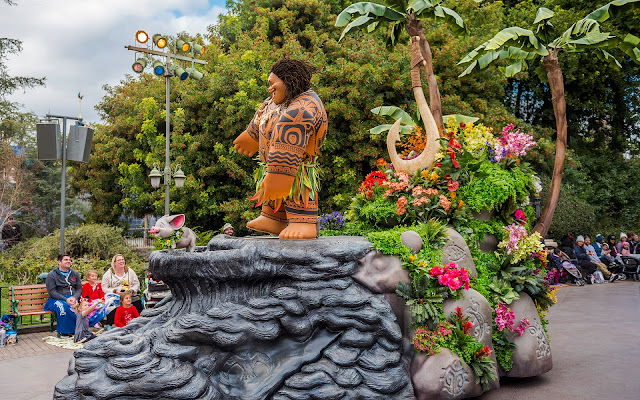 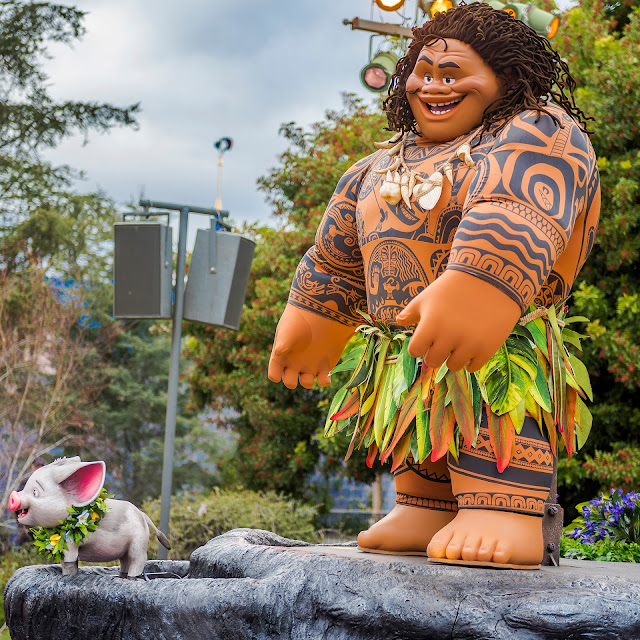 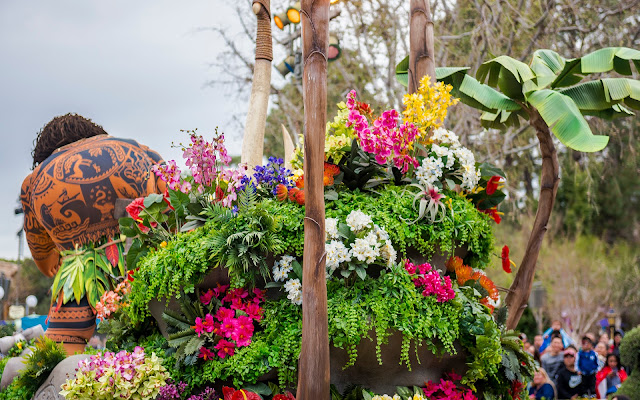