Well, I decided that the common theme would be bears.  Grizzly Peak, Big Grizzly Mountain, and now Brer Bear in Splash Mountain.  Now, Brer Bear may not be a grizzly, or a mountain peak, but he's definitely an ursine figure, and in these scenes from Tokyo Disneyland's iteration of Splash Mountain (which is basically the same as the original), he's constantly getting into trouble by falling into the traps that Brer Rabbit has sprung, leaviing his exasperated companion, Brer Fox, to try to get him out of the predicaments while lambasting him all the way through.  The fluffy, simple minded brown beast doesn't seem to mind, which is probably better for Brer Fox.  If Brer Bear had a temper, he would have likely long snapped at (or off) Brer Fox's head.

Instead, it's just a series of misadventures--all while Brer Rabbit guffaws his way to the Laughing Place. 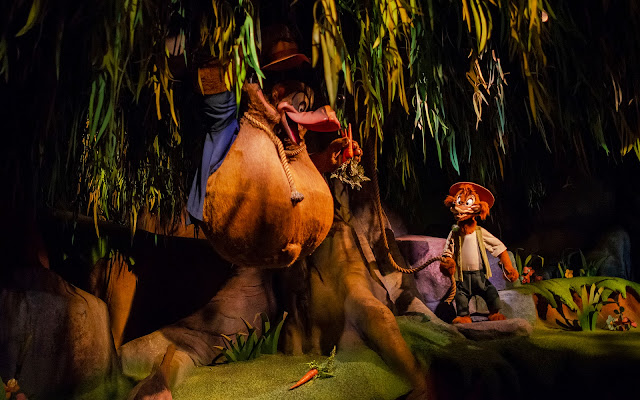 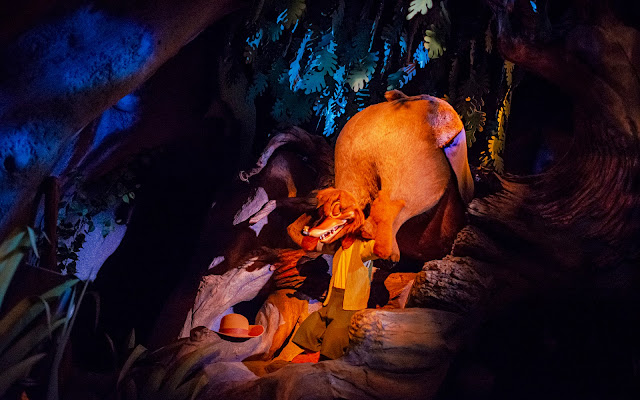 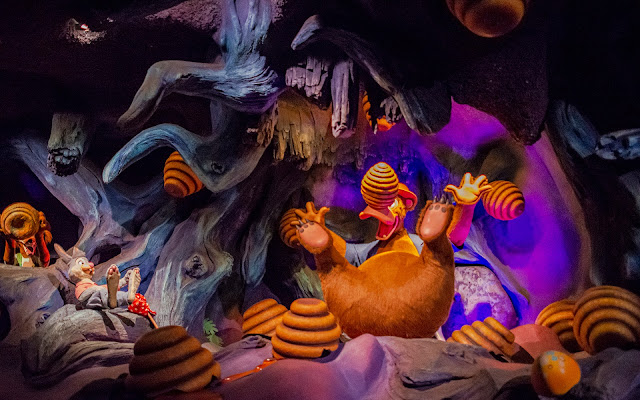