Queued at the Starport

If you haven't noticed, I've been implementing shared themes of one sort or another in my three consecutive-day posts.  It's just for fun, and not necessarily a pattern I'll adopt permanently, but it's provided a bit of organization and direction for each trio of photos I do.  It started off a week ago with three Tokyo Disney Sea photos after the Halloween content in October, and then three castle photos over the weekend.  Now we're onto Star Wars, and this photo is from Disneyland Paris, in front of the queue for its Star Tours attraction.  This central docking platform on which an X-Wing sits was revamped from the last time I had visited the park in 2014.  It looks really nice and sleek at night, with the futuristic blues and metal finishes.  The Star Traders store in the background added a nice backdrop too.  All in all, a pretty cool scene.  And if you're curious how the X-Wing looks visible above the starport, check out this post. 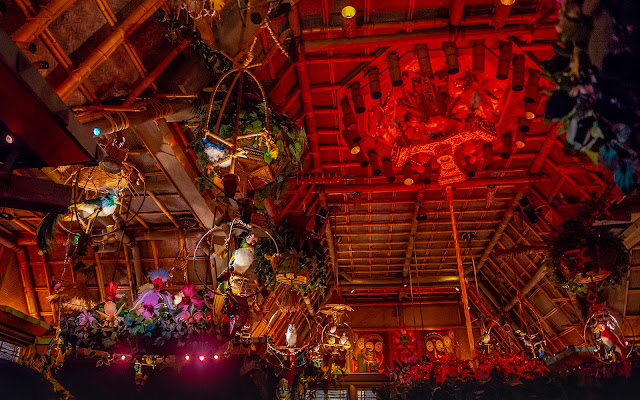