Tokyo Disney Sea is a theme park full of stunning splendor and incredible sights, but I still think one of the most magnificently imposing is the Hotel Hightower, in American Waterfront.  This Gothic and Moorish Revival structure is Japan's version of Tower of Terror, and it employs the richest, most immaculately detailed architecture to create something that is at once epic, intimidating, lavish, and astounding.  Despite its looming size, the building is full of intricate architectural components that break down the scale, and even though it certainly feels mammoth, it also somehow feels at home as well.  Given that the Hotel Hightower can be seen from countless locales around the front half of the park, it's all the better that it looks so amazing from both near and afar! 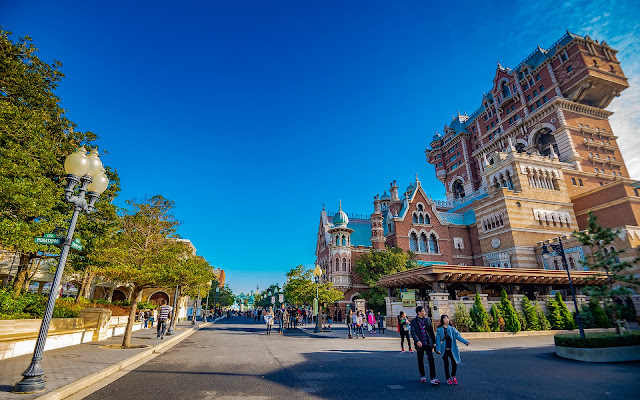 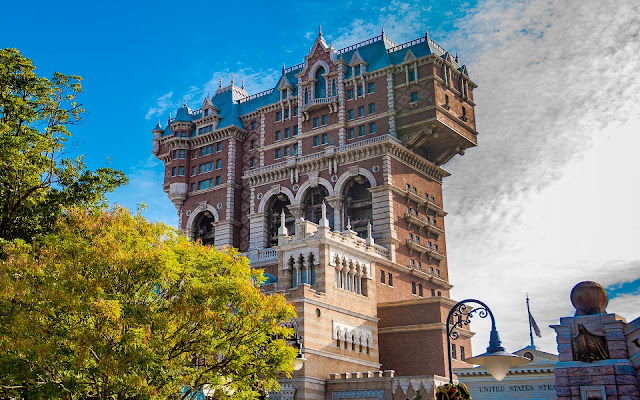 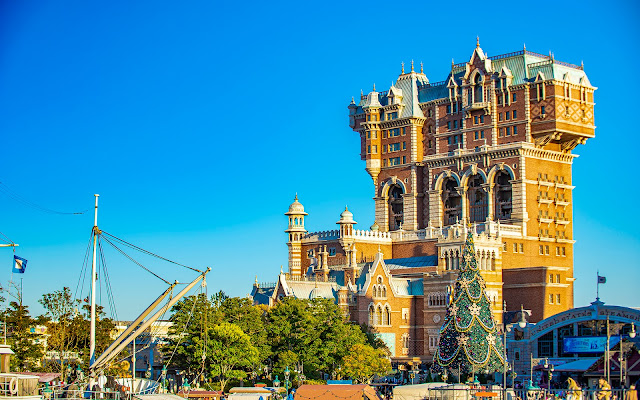