The Headless Horseman is a common sight during Halloween Time, because it's the centerpiece of the area behind the Storytellers Statue.  That figure, however, is static.  Though it looks impressive and photogenic and even comes with some theatrical effects, it doesn't move.

On the other hand, on Oogie Boogie Bash nights, the Headless Horseman does come alive--in the form of the precursor to the Frightfully Fun Parade, which plays only at the special separate ticket event.  Riding a coal black steed, the horseman carries a fearsome jack-o-lantern in place of his head, and he trots is stallion along the DCA parade corridor in advance of the actual parade, stalking a frightened Ichabod Crane, who can barely keep up ahead of his pursuer.  It's a nice, spooky moment and a good warm-up for the parade itself, and it also means that for a moment, around Carthay Circle, there are two Headless Horsemen facing each other! 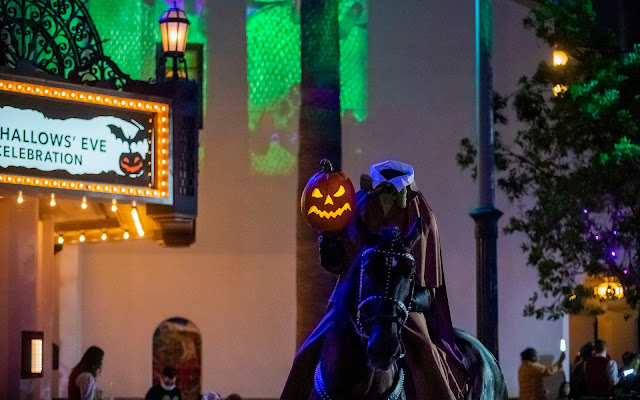 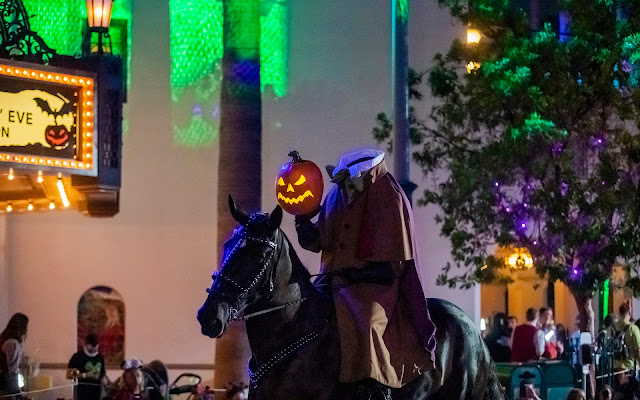 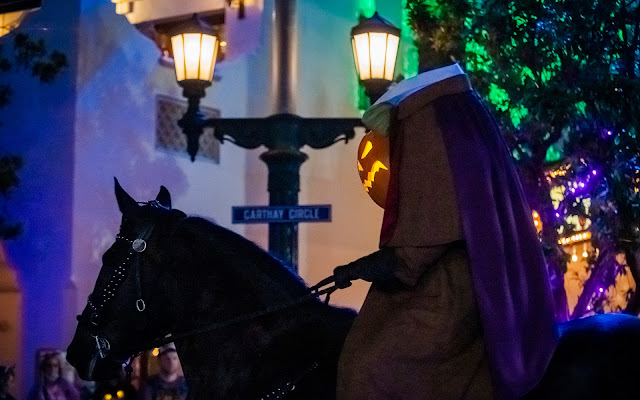