The Key to the Treasure

Pirates of the Caribbean has undergone a lot of changes over time, many to transform previously dated and no longer politically correct or societally acceptable scenes to something more innocuous, or to tie into the hit movie franchise of the 2000s and 2010s.  The town's chase scene represents both.  Originally, this part of Puerto Dorado featured pirates lustily chasing after the village women, with the last instance turning the tables and having a woman chasing a pirate.  Because of the overtones related to lack of consent, this was changed in 1997 to have all the women chase after the pirates.

In addition, the original version featured a "pooped pirate" holding up a pair of women's undergarments while a presumably nude woman popped up from a barrel behind him, covering her modesty but presumably trying to take back her clothing.  The 1997 renovation replaced this scene with the pirate simply eating while cat popped out of the barrel.  But later, in 2006, Captain Jack Sparrow was added instead, secretly studying a map that the pirate held as he boasted about how he held the key to the treasure.

This is the version that remains at Disneyland today, and thanks to lighting adjustments made on the ride in subsequent extended refurbishments, the scene is easier to photograph than before.  Here, then, are a few snapshots of this oft-revised scene in Pirates of the Caribbean, now no longer joking about or glorifying sexual assault. 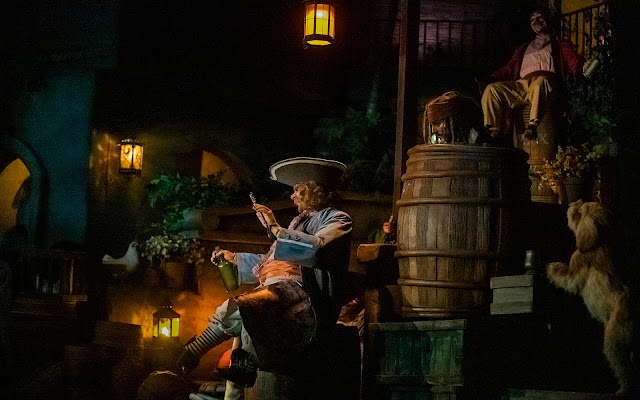 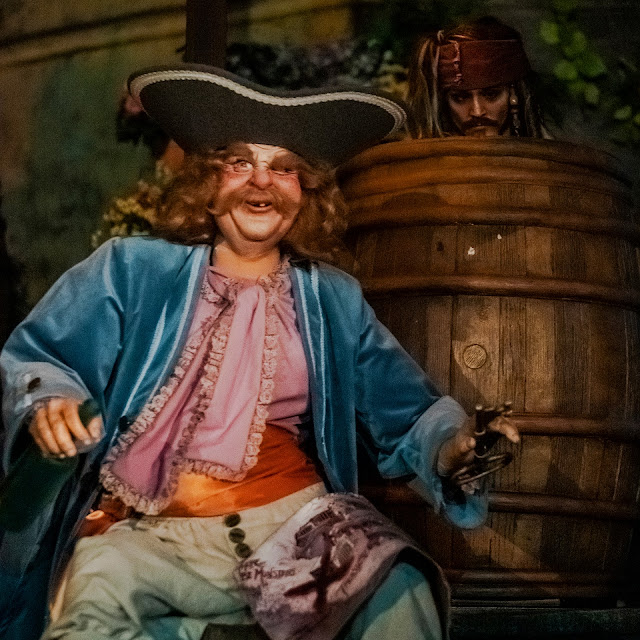 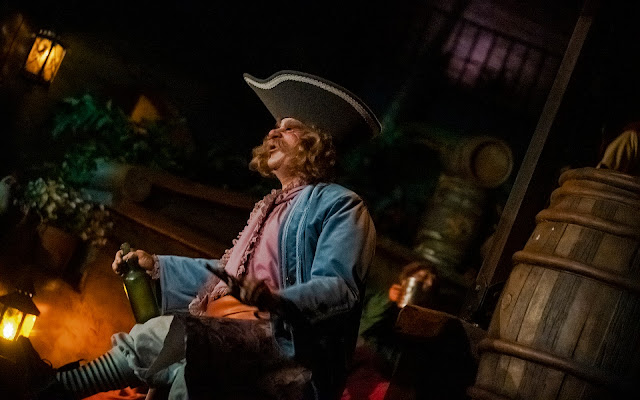