I've been open about how the return of the Main Street Electrical Parade has been somewhat 'meh' for me, since while the parade is a classic, it's also dated, and Paint the Night is a much superior product (in my opinion).  However, I have appreciated the new finale float that the Imagineers created for the 50th Anniversary edition of the parade, featuring a Mary Blair style that is sure to delight It's a Small World fans.  A series of beloved characters are also featured, done in the Small World style, similar to how the ride tastefully incorporated Disney characters not that long ago.

A week ago, I was able to catch the parade on its later run, coming up Main Street and back to It's a Small World, and I thought these would be some nice photos to share. 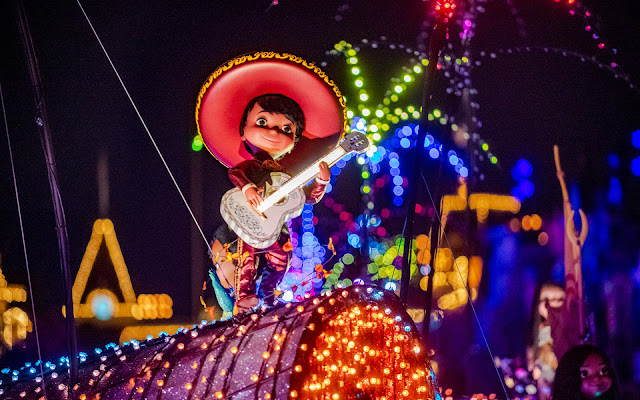 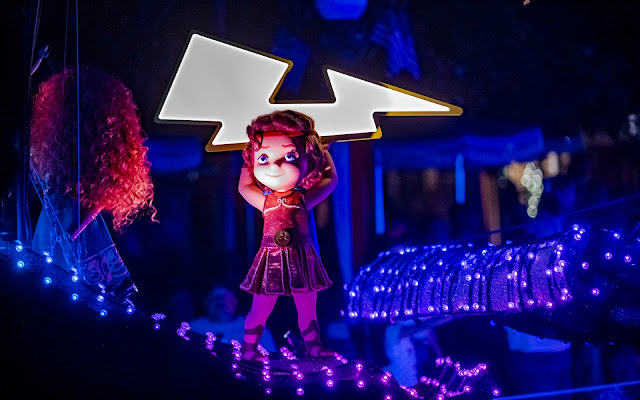 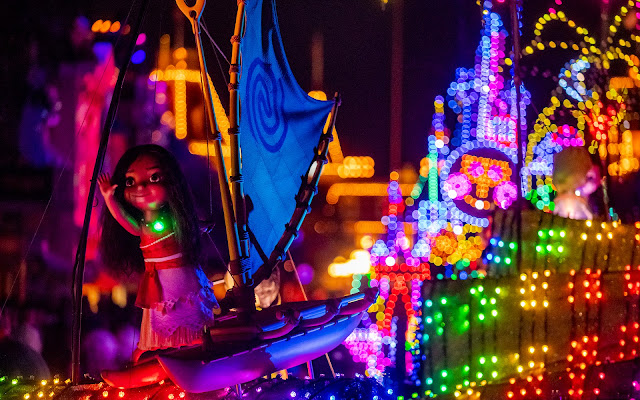 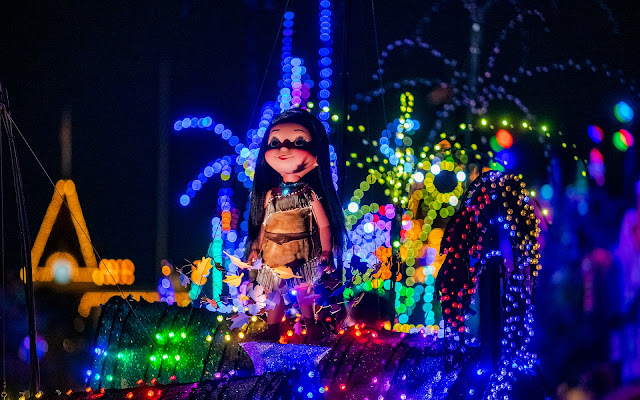 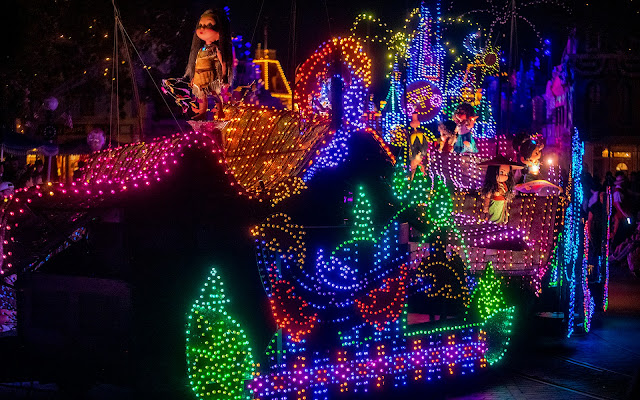 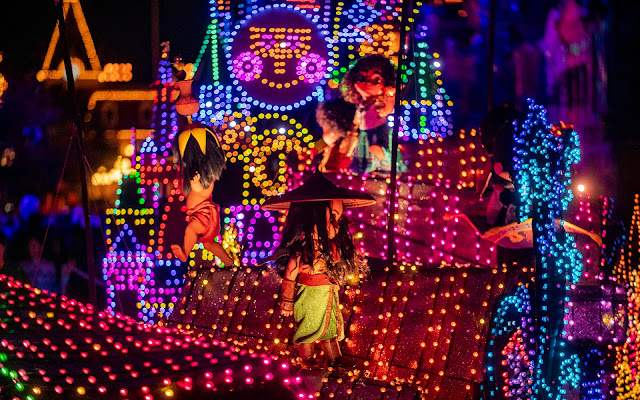 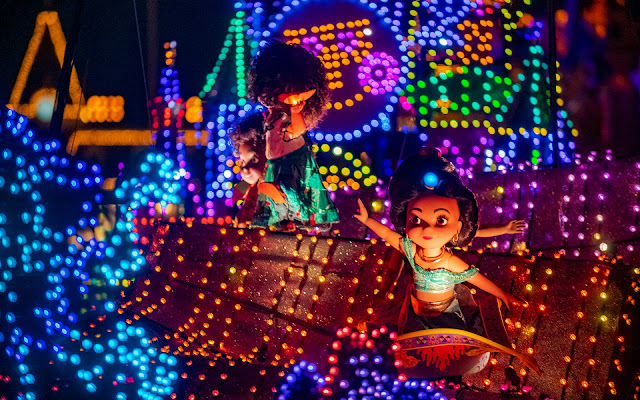 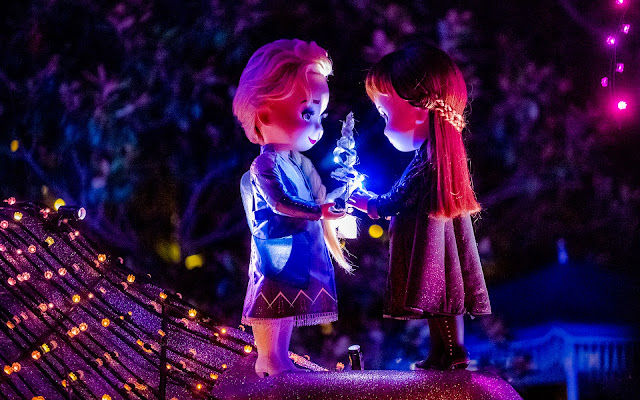 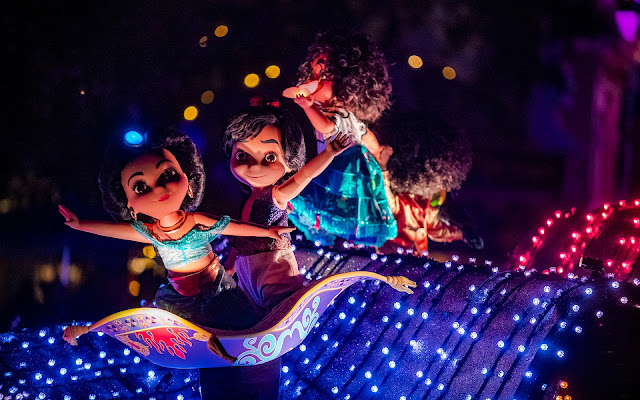 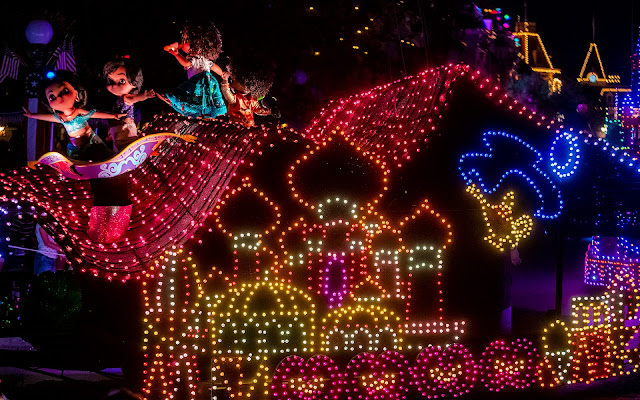 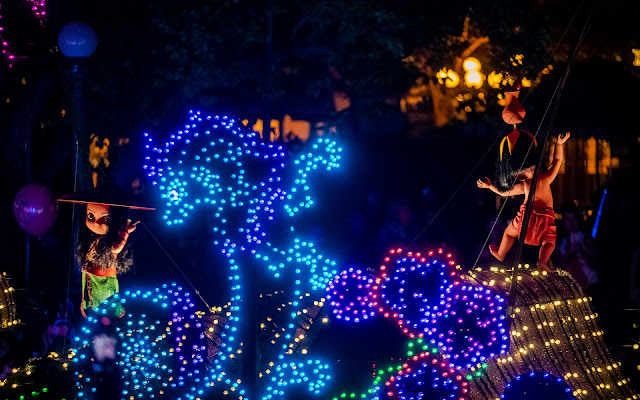 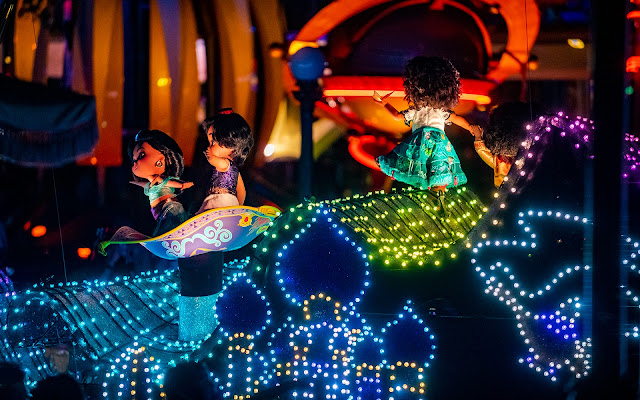