The Pirates of the Caribbean has a very colorful cast of swashbuckling misdoers who plunder and loot and sing merrily about it.  But have you ever stopped to look at the pirates more closely?  Because some prove to be comedically surprising.  Take the burning village scene.  This moment is pretty awe-inspiring because of the ambiance and mood, and the realistic but simple fire effects.  Legend has it that when the park first turned on the effects, the fire marshal was so convinced that he called for the fire to be put out.  As a child, I remember thinking the fire was real.

But stare at one of the characters in this scene, and something almost absurd reveals itself.  I'm referring to the pirate with one foot on dock and one foot in a row boat, carrying a chest and wearing... a ridiculous number of hats.  And they're different types of hats!  Just look at them!  All styles and shapes and sizes.  It's really almost impressive.  It was as though this particular sailor thought, "I may be a dastardly and filthy pirate who commits all sorts of crimes, but dangit, I need to have style too!  Gimme ALL the hats!!"

I can't imagine that wear such tall headwear would have survived the seas well on the way back to the ship.  And what would he have done if he had gotten all the hats back to his bunk anyway?  Ships are crowded.  Would he even be able to store them?  Or was he going to just gift them to his fellow swashbucklers?

In any case, it's a funny scene that has always left me asking questions.  But I guess that's part of the charm of this classic attraction! 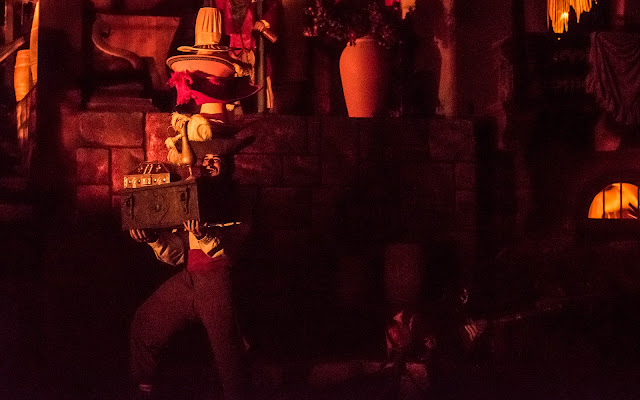 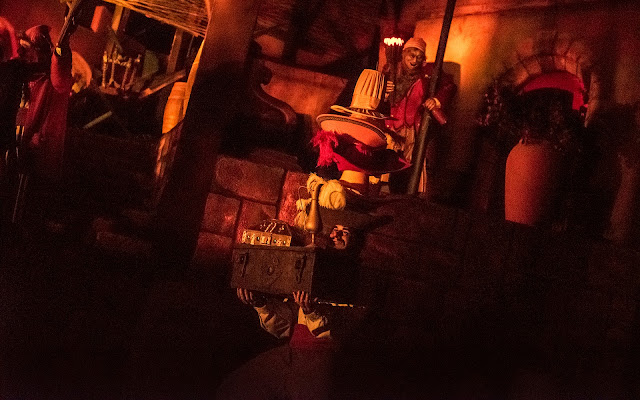 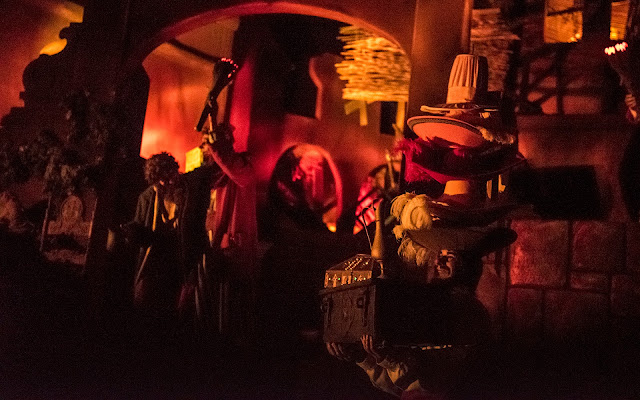