This past Saturday, a legend made its long awaited and triumphant return to the Haunted Mansion.  Yes, the famed Hatbox Ghost took its place back among the 999 Happy Haunts that call the mansion home.  This was a momentous occasion for Disney park fans and Walt Disney Imagineering, because it marked the successful execution of one of Disney's oldest unimagined concepts.


Just why is this such a big deal? And what exactly is the Hatbox Ghost?  Well, to understand, we have to go back to the early days of the Haunted Mansion--the beginning days, in fact.  The Hatbox Ghost was a spooky animatronic located in the second half of the Attic Scene.  The spectre was a cloaked and hunched figure, with a skeletal face and top hat, a crooked cane in one hand, and a large hatbox in the other.  When the spotlight was shone on his face, all appeared normal (or as normal as a ghoul could be!).  But when the spotlight was turned off, another light would come on inside the hatbox, which was made of a scrim material, and the Hatbox Ghost's head would appear inside.  This effect was originally meant to match the tempo of the original bride's beating heart.


Though delightfully spooky in theory, the effect unfortunately did not work in reality.  The ambient lighting in the Attic was always too bright to completely remove the "unboxed" head from view, and after a few months of failed attempts to fix the effect, the character was removed from the ride.

And so, for the past 45+ years, the Hatbox Ghost has been New Orlean's Square most famous urban legend--a story that most guests don't even know about, but a huge myth among Disney enthusiasts.  The fact that Disney continued to display Hatbox Ghost imagery on Haunted Mansion marketing material even after the figure was removed has only added to the legend.

A couple of years ago, at the biannual D23 convention, an animatronic supposedly of the Hatbox Ghost popped up, sparking a flurry of speculation among Disney fans.  As it later turned out, this was more of just a fun idea concept rather than anything that was ever intended to actually go into the ride, but the seeds for the return of "Hattie" were planted.  Those seeds slowly germinated as rumors from those supposedly "in the know" at WDI built up the validation that this long-desired character was in development, and when Disney confirmed the news last month, the Disney fan community practically burst with excitement.

And so we come to this past Saturday, May 9, a reopening day of sorts for the Haunted Mansion.  Eager guests lined up in throngs early in the morning to be among the first to ride, and the line stretched out toward Pirates of the Caribbean in the early morning hours.  For the first time in years, the regular Haunted Mansion was giving out FastPasses to guests to accomodate the demand.

By late evening, though, waits were down to their usual times, and when I arrived slightly before 11:30pm, Saturday night, the queue had trickled down to a five minute wait.  This allowed me several chances to experience the attraction, and indeed, the Mansion's new addition is most spectacular.  The animatronic shuffles around a bit as guests pass, the ghost wearing a sinisterly mischievous grin.  Then, with a spooky chuckle, the head vanishes, seemingly swallowed down the ghosts's body before appearing inside the hatbox.  A few blinks and turns of the head, and another flourish, and the head disappears from the box and reappears attached to the spine like normal.

Design and production on the new Hatbox Ghost was lead by Walt Disney Imagineer Dan Joseph, and he and his team of designers have crafted a loving tribute to Yale Gracey, Marc Davis, and the rest of the Walt Disney-era Imagineers who created one of the most classic and beloved attractions in all of Disney park history.  The Hatbox Ghost is a wonderful (re-)addition to the Haunted Mansion, and a fantastic way to kick off the 60th Anniversary offerings being brought to the Disneyland Resort!

If you want to see this in action on video, check out this incredible footage from SoCal Attractions 360 by clicking here (but obvious warning: huge spoilers within; the footage actually shows the ride more brightly than human eyes would perceive in person!). 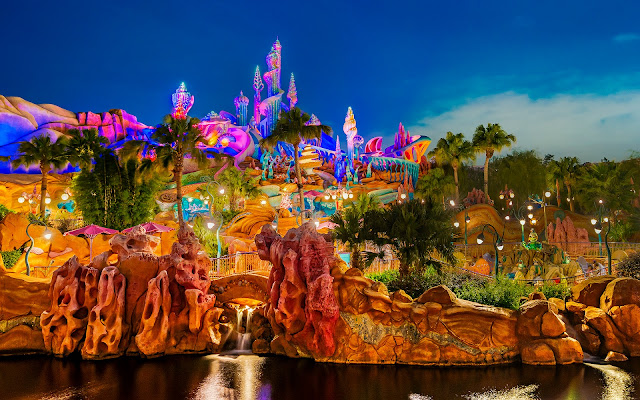