Sometimes, when looking for a shot to take, inspiration strikes in the form of inverts.  One evening, after leaving Disneyland Park, I was staring across the Esplanade and marveling at how, for once, there was absolutely no one walking across or in the shot or in the way of a pure, empty nighttime photograph.  But having taken a straight on shot or two before, I wanted to try something different.  Then I realized that a more wide angle side perspective could be visually intriguing as well, especially since I'd taken one from the opposite side during the daytime before.  So I set up my tripod with a low perspective, fired off a few shots, and voila... a few months later, this emerged! 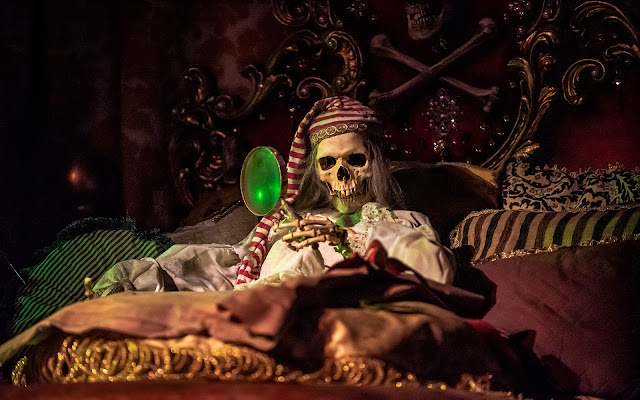