Across the River to the Briar Patch

Now here is a sight familiar yet different to California Disneyland locals.  It's Splash Mountain from across a western-themed river, and yet, there are differences, such as the more openness of the mountain as it faces the river, the lack of a turnaround visible after the climactic splash, and oh yeah, a railroad running in front of Splash Mountain rather than behind and going through.

But it's a quiet moment (minus that climactic drop) and a lovely rustic scene.  The clouds in the background lend a sense of finality to the day as it transitions to twilight.  Looking at this, I'm reminded of the feeling of tranquility I had while just standing across the way in Frontierland, taking in the scene.  Such a fond memory! 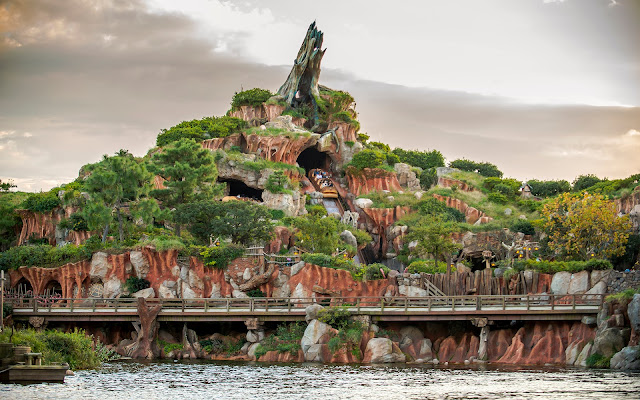 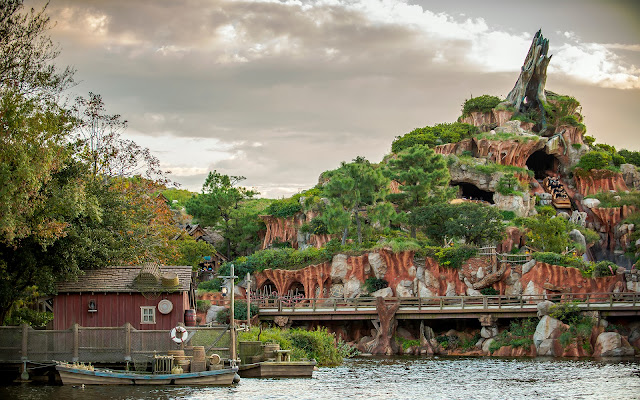