Guardians of the Galaxy - Mission: Light Up!

It has not yet officially opened yet, but the work walls in front of the former Tower of Terror have been taken down in advance of the public grand opening of Guardians of the Galaxy - Mission: Breakout!, scheduled for Saturday, May 27.  And with this nearly final push has come the nighttime lighting package unveiled.  It's got a distinctive red and green flare, and anyone who hoped that the gaudy daytime paint scheme might be offset by a sleek nighttime illumination package can... draw their own conclusions here.  I will say that editing these multi-exposure blends creates a scene that is more saturated than in real life.  But that's part of the artistry of photography... to create an idealized scene sometimes.  In any case, here's what the new Guardians Tower looks like at night.  Thoughts? 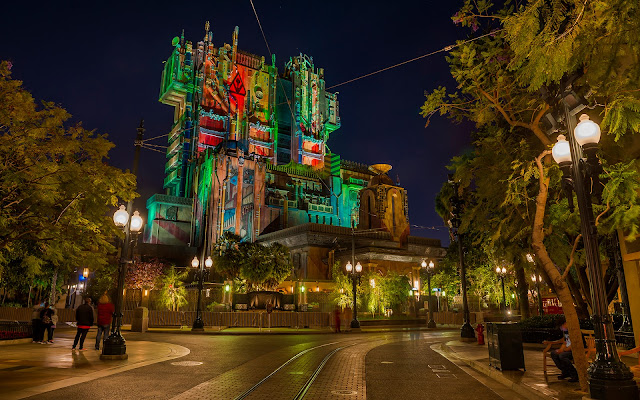 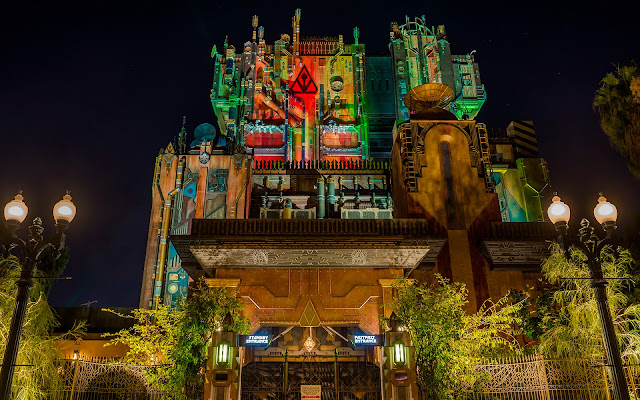 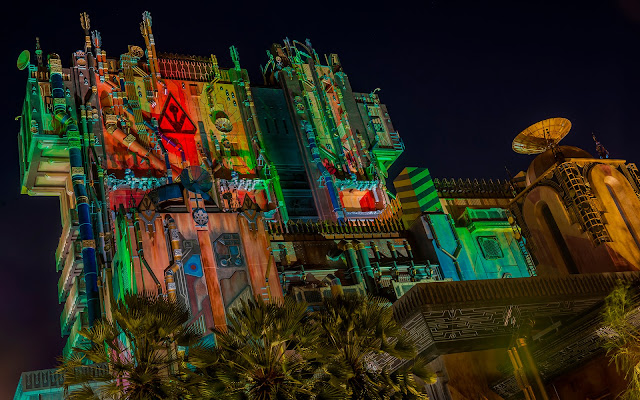 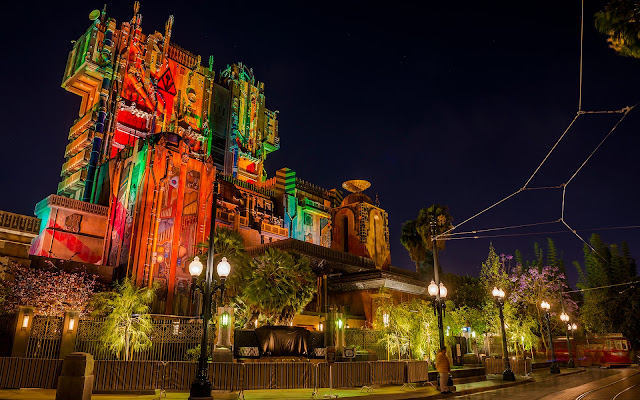 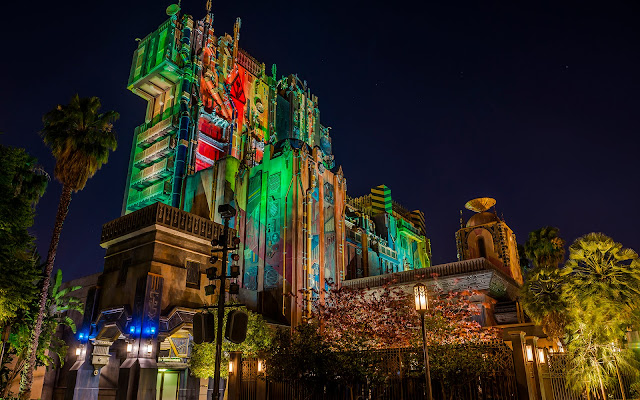