On the American River in Japan

Tokyo Disneyland has a Rivers of America.  It has a Mark Twain.  And let, there are differences between this and the version in Disneyland California.  Here, the Rivers bridge Westernland and Critter Country, rather than Frontierland and such.  In addition, when docked the Mark Twain doesn't have Big Thunder Mountain Railroad behind it.  Instead, the familiar peak of Splash Mountain can be scene.  The Mark Twain itself is smaller scaled in Tokyo compared to in California.  But one thing is the same: at night, with the majestic riverboat docked, I can't help but take photos of the peaceful scene! 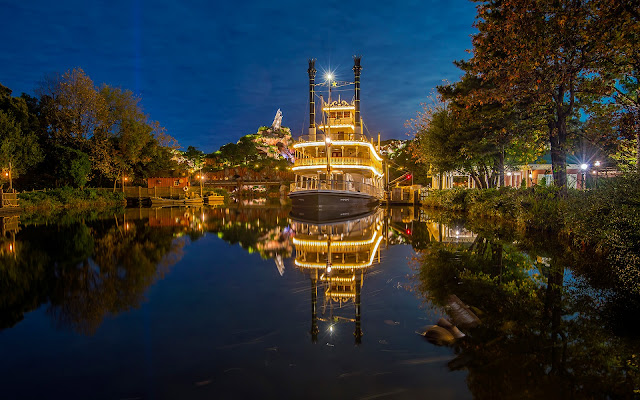