It feels more recent than that, but it was just over four years ago that I (re-)completeld my Disney bucket list and visited every Disney theme park in the world by concluding a then-second consecutive year Disney Asia trip with a visit to Shanghai Disneyland, the newest Disney property that had just opened earlier in the year.  Most of my time was spent in the parks, but the first night my friends and I arrived in Shanghai, we did spend some time in the shopping district next to the park, Disneytown.  Americans might recognize that this area serves as Shanghai's version of Downtown Disney or Disney Spring--a dining and retail complex designed to accent the stay of visiting tourists and get more of their spending money.

It's a nice area, though very quiet when we walked through in the mostly after-hours operation of the area.  It's anchored by an expansive World of Disney store by its entrance, and it even has a secondary entrance into the park at the far end.  And in between, a lot of names that people all around the world might recognize.  Here are a few snapshots of Shanghai Disney's commercial neighborhood, just outside the park! 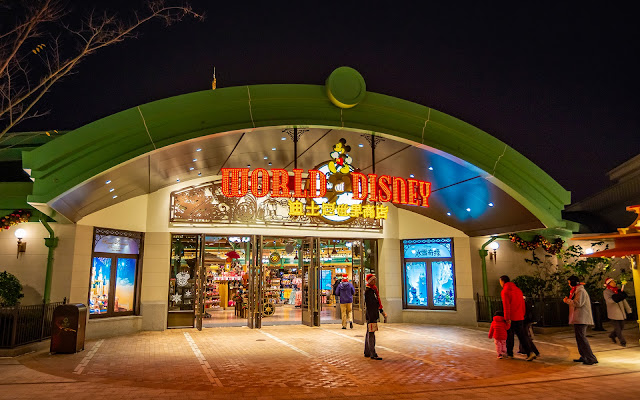 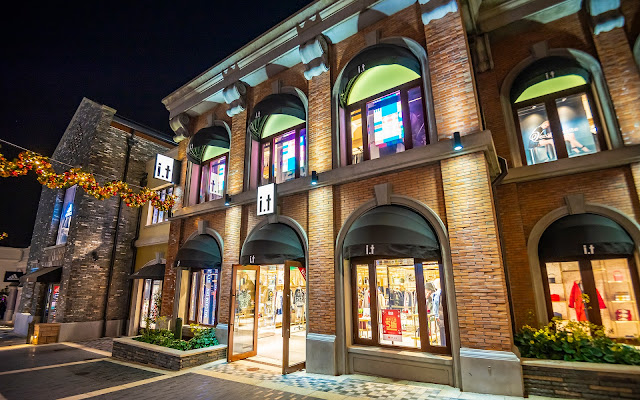 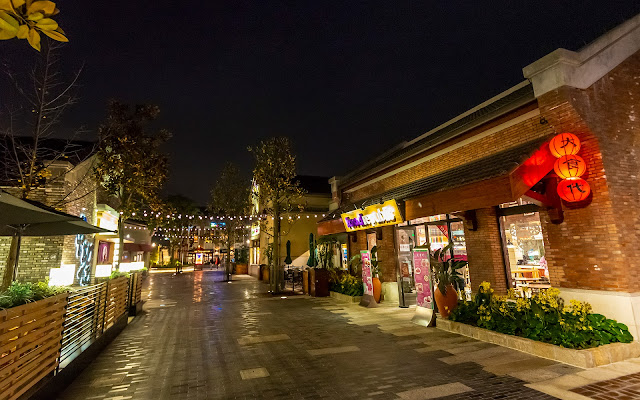 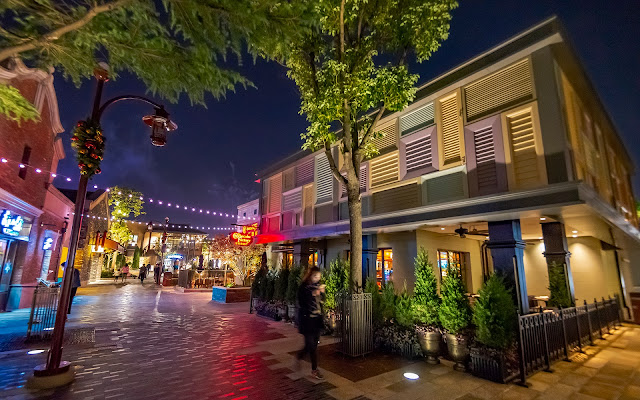 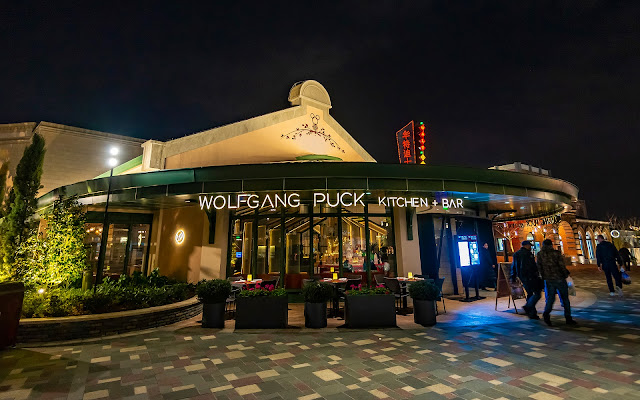 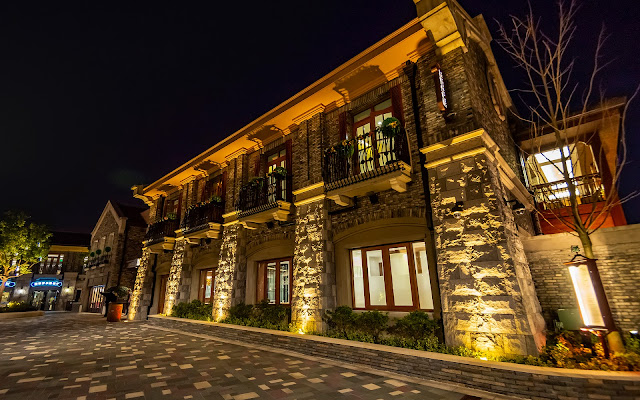 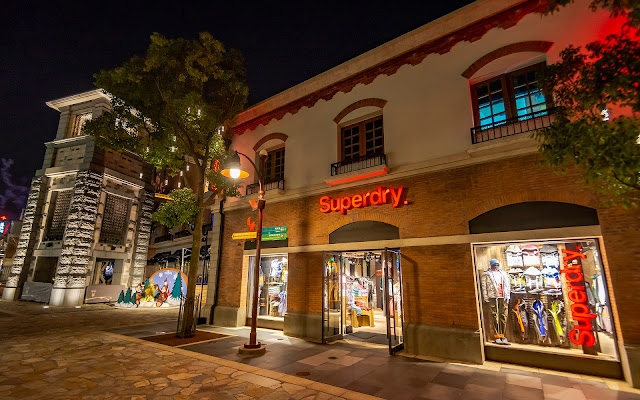