When Hong Kong Disneyland first opened, it featured a rendition of each of Disneyland Anaheim's original themed lands--except for Frontierland.  While Main Street U.S.A, Adventureland, Fantasyland, and Tomorrowland were present, the area devoted to the Old West was noticeably absent.  Never fear, though.  A half dozen years later, Grizzly Gulch opened as one of three expansion areas to help bolster Hong Kong Disneyland's line-up.  This area isn't quite the same as the Frontierlands in other parks, but it certainly takes on features of them, including nods to past attractions--from the geysers of Mine Train Through Nature's Wonderland to a 21st century version of the Big Thunder Mountain mine train roller coaster model.  The naturalistic scene is charming, and the western vibes are most definitely there in this reimagination of some Disney classics! 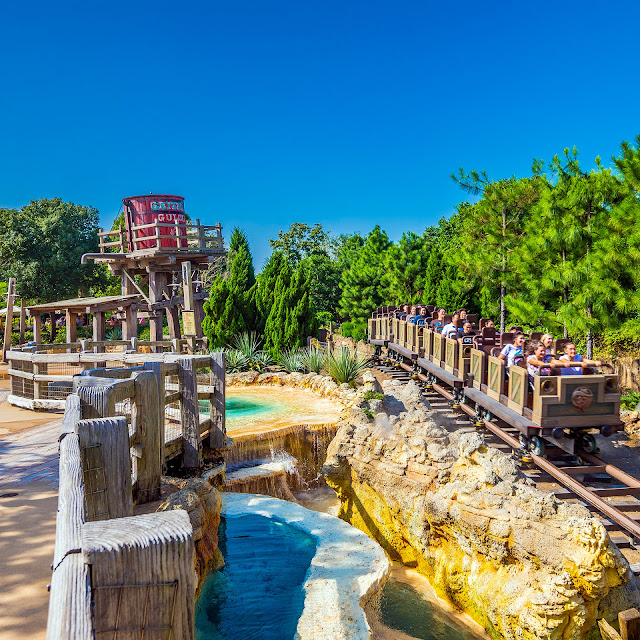