During my trip to Shanghai Disneyland last month, I never did quite get those perfect blue skies to complement shots of the Enchanted Storybook Castle.  The closest I came was the afternoon of my second day, when the sun very briefly peeked out of the cloud cover.  And while there was some amount of blue poking through the clouds, most of the afternoon was still relatively overcast.

Still, when that sun did partly burn through the clouds, I seized an opportunity to run to the Gardens of Imagination to snap a few shots during what amounted to golden hour.  To get multiple views, I had to hustle along the spread-out park area in front of the castle, and before only a few minutes had passed, the moment was gone.  Here are some shots I got during those fleeting moments. 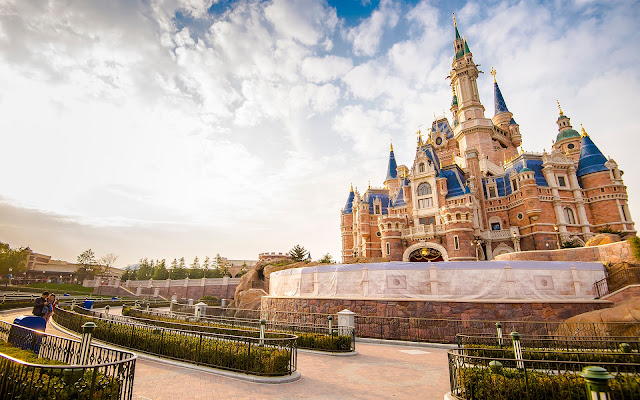 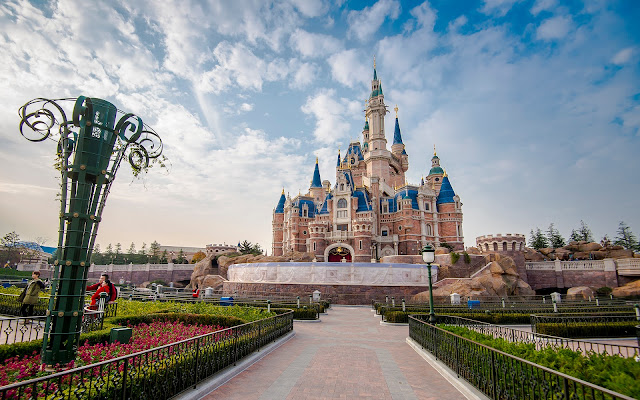 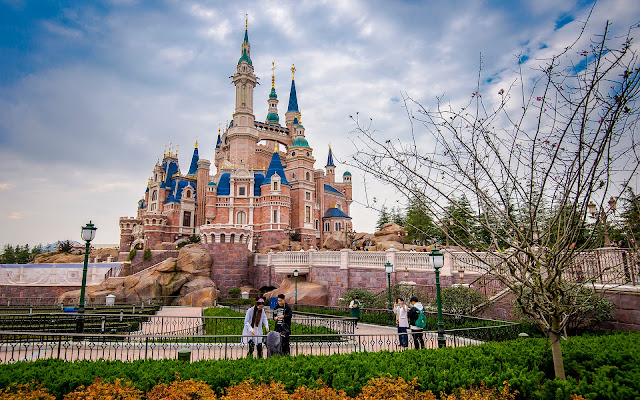 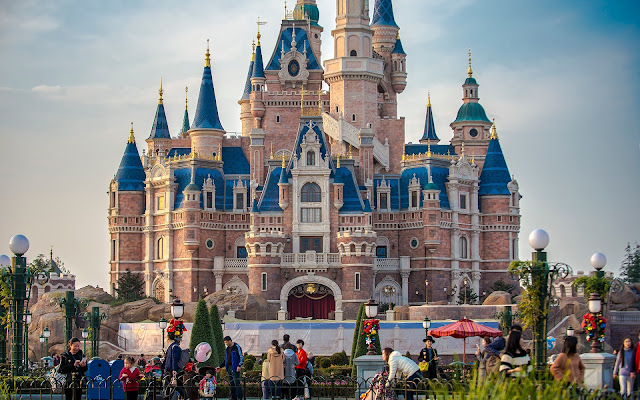