The Twilight of Terror

All good things must come to and end, sometimes prematurely.  And after today, such a fate will befall the Twilight Zone Tower of Terror at Disney California Adventure.

If you haven't been paying attention, Disney is closing the ride to transform it into Guardians of the Galaxy--Mission: Breakout, a wordy-titled re-imagining themed after the 2014 breakout smash hit (pun intended) movie.  The signs of change have been visible for months, as the park has removed exterior signage on the tower and draped it with tarps to cover exterior renovations.  For many, altering an iconic but such young attraction (it was only 12 years old) is perplexing, especially since the aesthetic of the new tower building will clash starkly with the Hollywood Land setting and even the rest of the park.  But such is the state of Disney parks--change is always inevitable, for Disney parks will never bee completed.  And sometimes, that change moves forward even when heavily questioned and discouraged by the Disney park fan community.

In any event, Guardians will be here come the summer season.  So here's a look back at the Hollywood Tower Hotel, from photos I've taken over the past several years, showing the tower across different times of day, from different points of view.  After today, this attractions will take its place as the newest member of Yesterland.  It will be the last checkout. 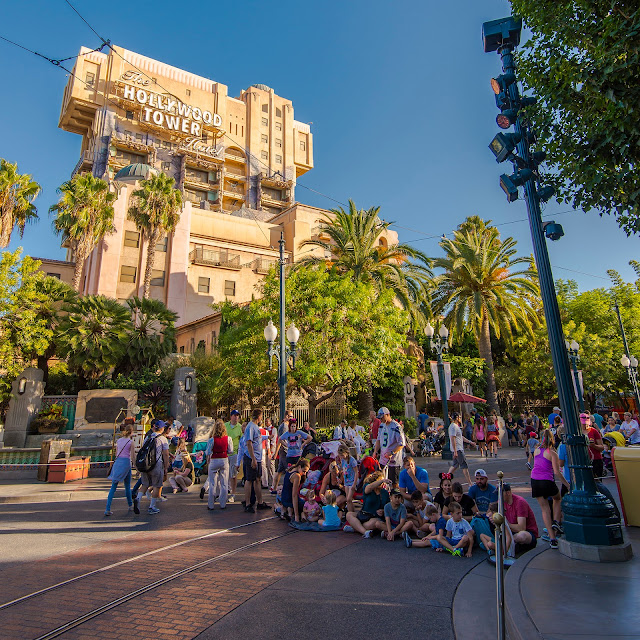 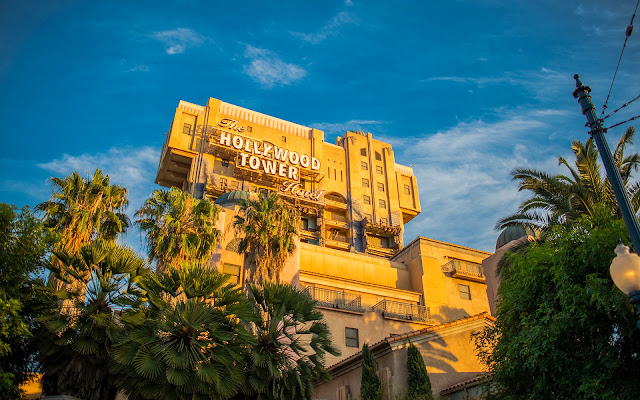 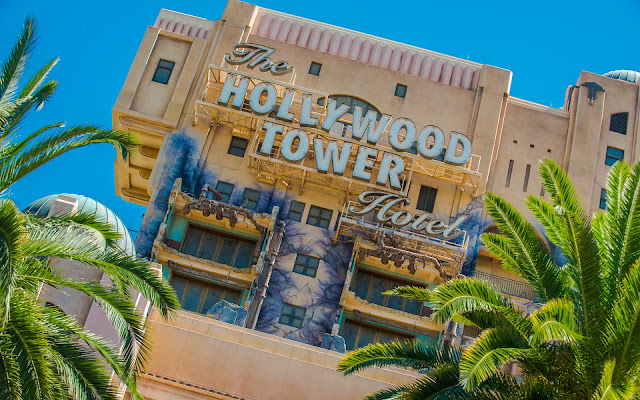 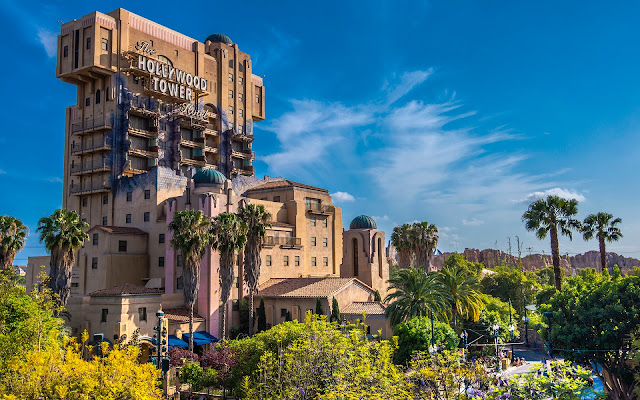 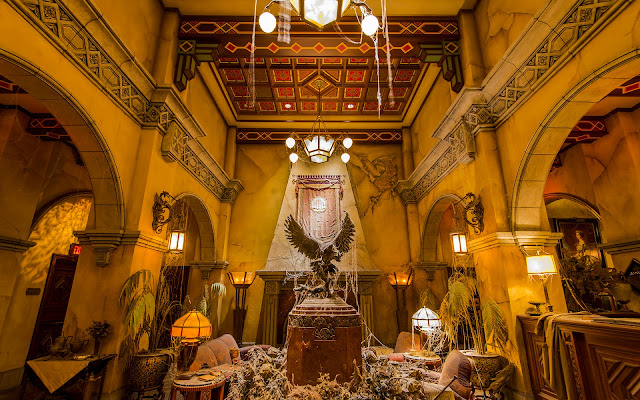