From Negligee to Treasure Map

While Pirates of the Caribbean is down for refurbishment, I'm going to continue to share photos I took on my last few rides on the iconic attraction before it closed late last month.  This series finds us in Isla Tesoro, witnessing the buccaneers continuing to plunder the village.  It's also home to a previous change that was made for political correctness reasons, just like the auction scene is undergoing. 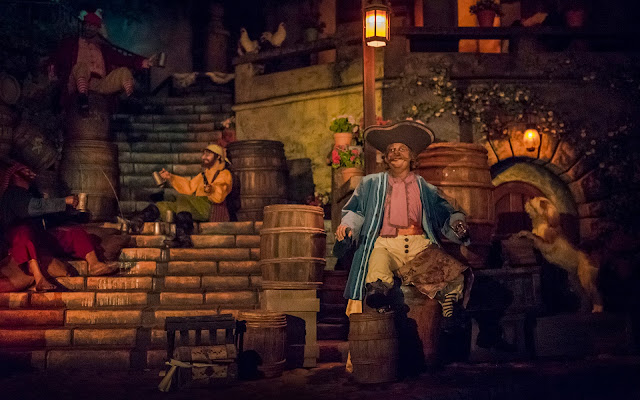 Once upon a time, the women currently chasing the pirates through various arcades were the ones being pursued.  In addition, the barrel that Captain Jack Sparrow peeks out of used to be that of an undressed damsel whose outer garments had fallen under the possession of the salty pirate just in front of her.  Such scenes might have been for swashbuckling, romanticized fun in the 1960s, but several decades later, the association of rape had lost its luster.  So the pursuit scenes were reversed to show the women chasing the pirates--literally turning the tables (because they rotate on turn tables)--and later on, and when the Jack Sparrow scenes were added to tie the ride back to the movie, the unclothed woman was replaced with Jack, and her undergarments replaced with a treasure map. 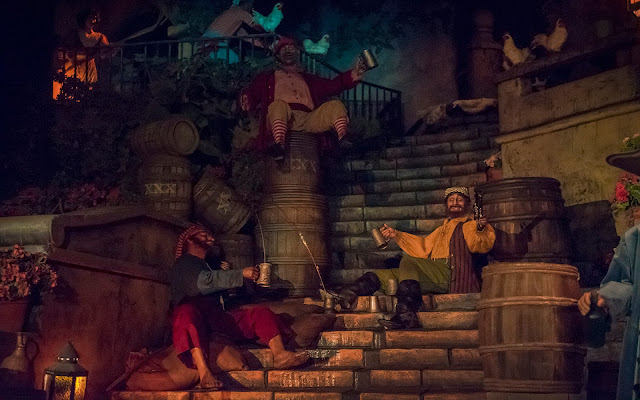 It was a controversial move back then too, with many of the same arguments and counterarguments back then as have been brought up today with the auction scene re-imagination.

"That's how pirates were, and you can't sanitize everything!" "Are you just going to censor history?" 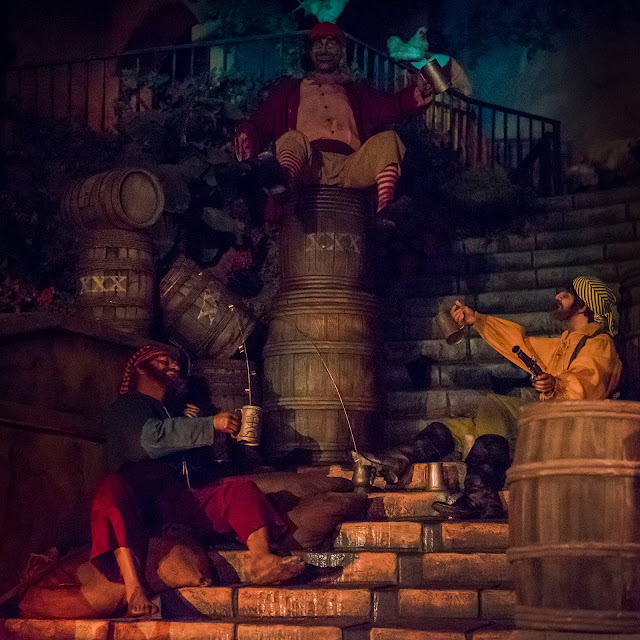 Progress is really just often defined as how the majority opinion evolves.  So while this might seem like a senseless move now, perhaps in 50 years, we'll look back and wonder why anyone ever made such a big deal out of things.

Or perhaps not.  But it's interesting to ponder these societal impacts. 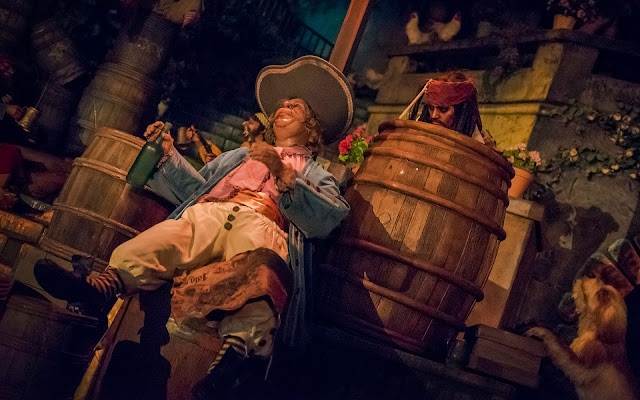